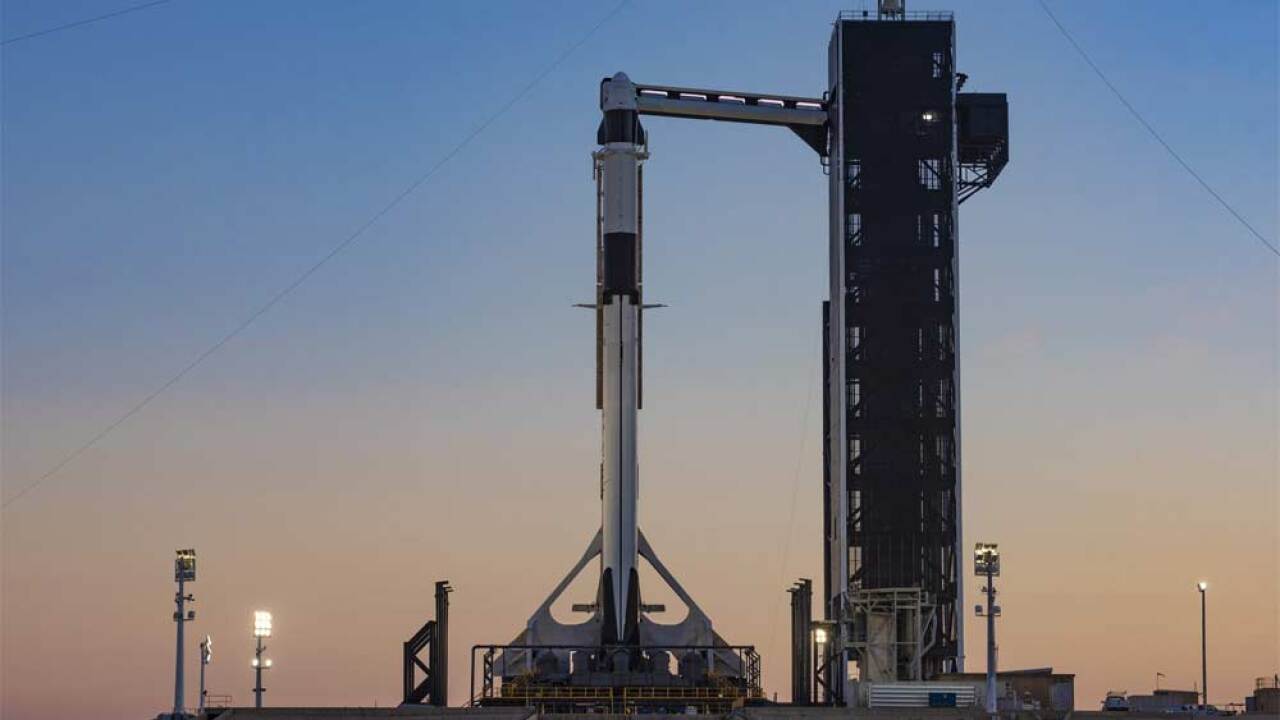 Standing down today due to weather; backup launch opportunity is tomorrow at 6:01 p.m. EDT, 22:01 UTC

In the name of STEM education, the children's television network is launching a publicity campaign that includes placing a package of slime in a SpaceX Dragon capsule and flying it to the orbiting laboratory this week.

The launch, which will include 5,500 pounds of other experiments and supplies for the six astronauts aboard the ISS, is scheduled for 6:24 pm ET Wednesday from Cape Canaveral Air Force Station in Florida.

The slime became famous for drenching unwitting competitors during Nickelodeon game shows such as "Double Dare" in the 1990s. The network says it's sending slime to the space station for educational purposes — and to spread the fun for a new generation.

"We're going to slime a couple of astronauts and put it through a couple demonstrations," said Andrew Machles, a vice president of public affairs at Viacom, which owns Nickelodeon.

He said the astronauts will capture video of how the slime moves in microgravity, and the material will be used to develop a curriculum for young students that could roll out as soon as September, Machles told CNN Business.

Scientists have long known how water behaves in space: It forms hovering blobs that can be slurped up with a straw mid-air. But it's not entirely clear how the slime will behave. It's not even clear what it's made of — Nickelodeon says the ingredients are a tightly held secret.

Joining Nicklodeon's slime aboard SpaceX's resupply will be an Adidas soccer ball.

"Observing and measuring the motion of soccer balls in microgravity improves understanding of the general behavior of free-flying objects," NASA said in its description of the payload. "This could contribute to better design and use of free-flying objects such as small robots in spacecraft."

Adidas did not respond to requests for comment about its experiment. CASIS, the group that works with NASA to compile research payloads for the space station, declined to comment on the financial terms of that deal.

Also flying to the space station: the first-ever bioprinter, which could use a person's cells to "print" them new organs.

SpaceX, Elon Musk's rocket venture, routinely launches cargo missions to the space station on behalf of NASA. Wednesday's resupply trip will mark the 18th such mission for the company.