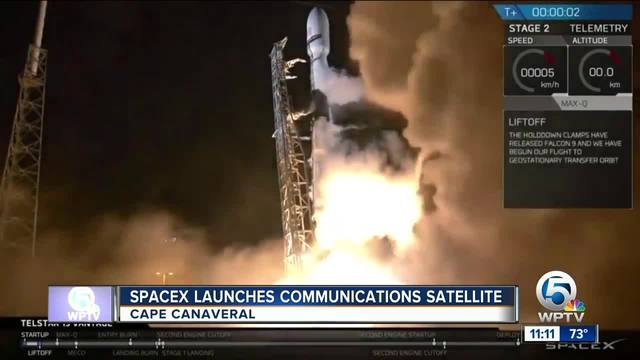 The latest version of SpaceX's Falcon 9 rocket lifted off early Sunday morning, lighting up the skies over the east coast of Florida. 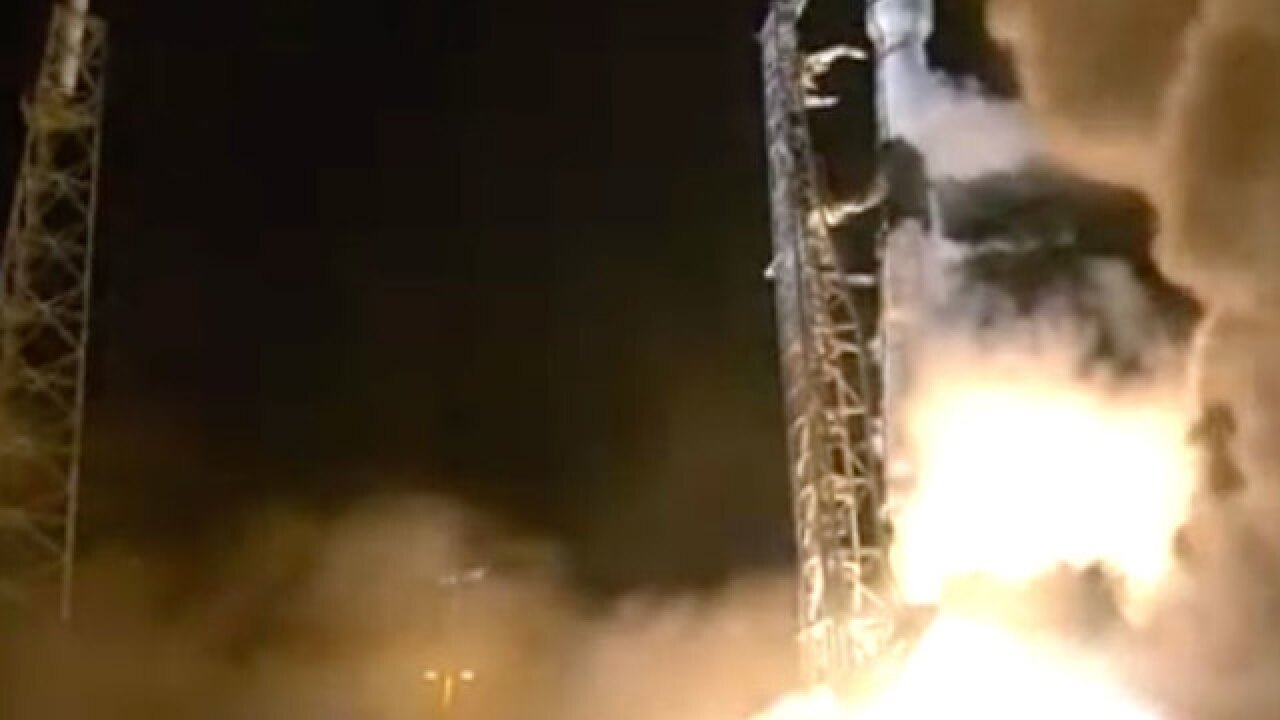 SpaceX launched its Block 5 rocket at 1:50 a.m., sending a Telstar 19 Vantage satellite into orbit 22,000 miles above the equator.

The device is a Canadian telecommunications satellite.

The reusable part of the rocket came back to Earth less than nine minutes later, landing on a ship off the coast of Florida.

The mission started a new phase for SpaceX, which is pushing to fly reusable rockets repeatedly into space.

This was SpaceX's thirteenth launch this year.