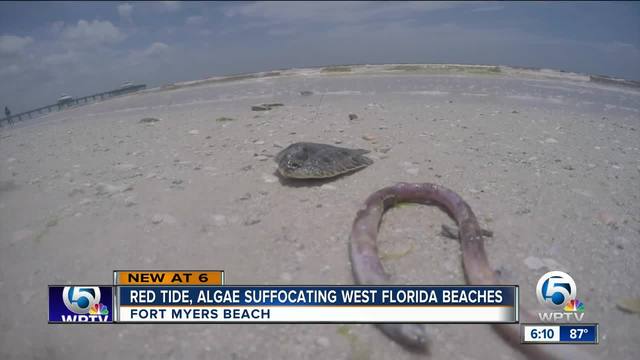 Thousands of fish and other wildlife have died on Florida's west coast beaches and tourism and commerce is taking a hit. 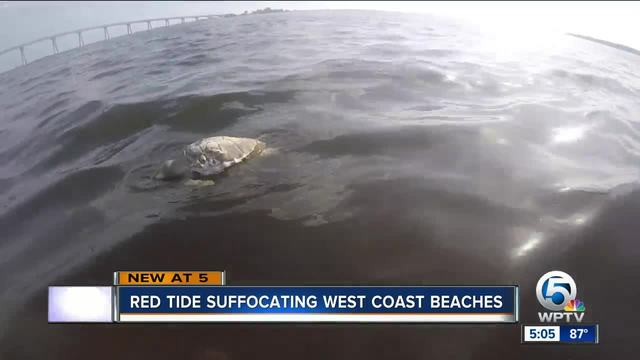 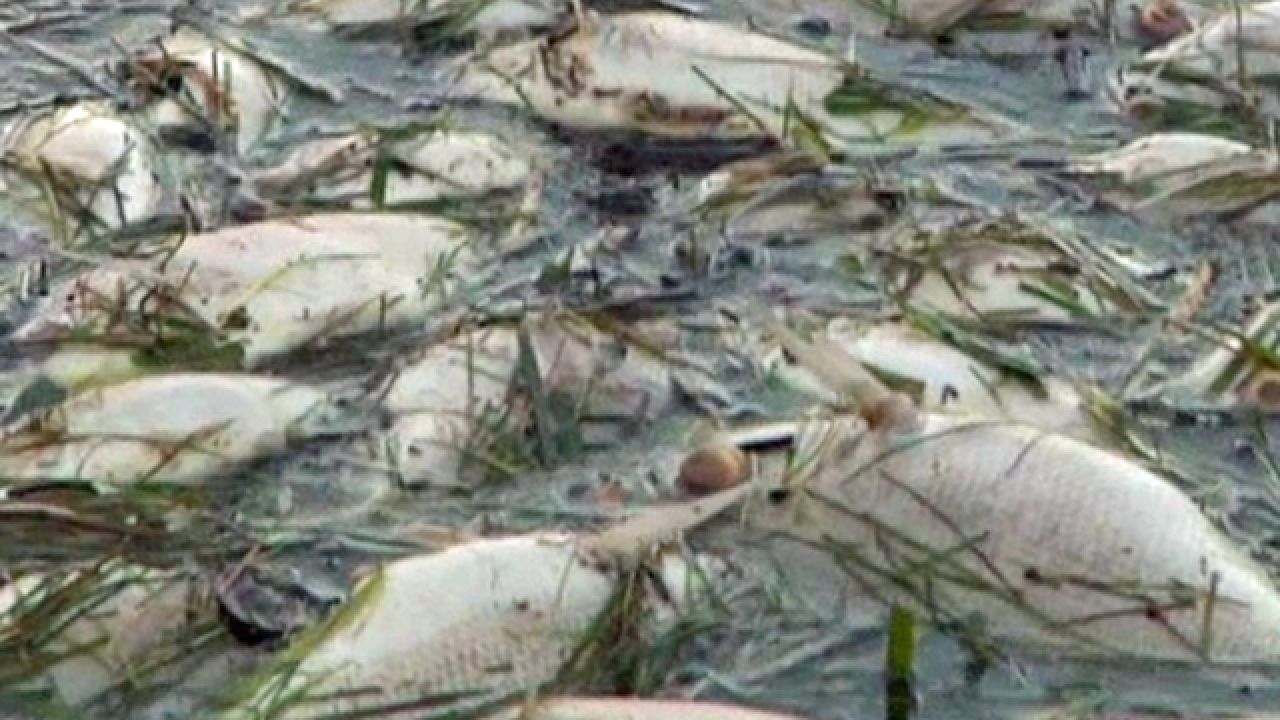 Call it a one-two punch and a tourism nightmare for Florida.

While parts of the east coast are dealing with unsightly algae, the west coast of Florida has even bigger problems.

At Fort Myers Beach, it's a virtual ghost town.

"Never seen anything like this," said Kinley Buelvas from Davie.

She watched crews clear piles of dead fish. The smell is overwhelming.

"Not really pleasant. Not something you want to smell when you're on the beach," said Buelvas.

Wyler Gins took us out along the Gulf Coast to see the red-tide fish kill.

"Seeing the number of babies, that's really what's frustrating. What's going to happen to our fisheries down the road?" said Gins.

"It's like a perfect storm," said Chris Wittman with Captains for Clean Water.

The Caloosahatchee has been hit hard. Thick blue-green mats are in canals near Cape Coral.

The 1-2 punch is has caused a tourism nightmare. Bars and restaurants have fewer people and captains are unable to book charters.

"Our tourism is being drastically affected," said Wittman.