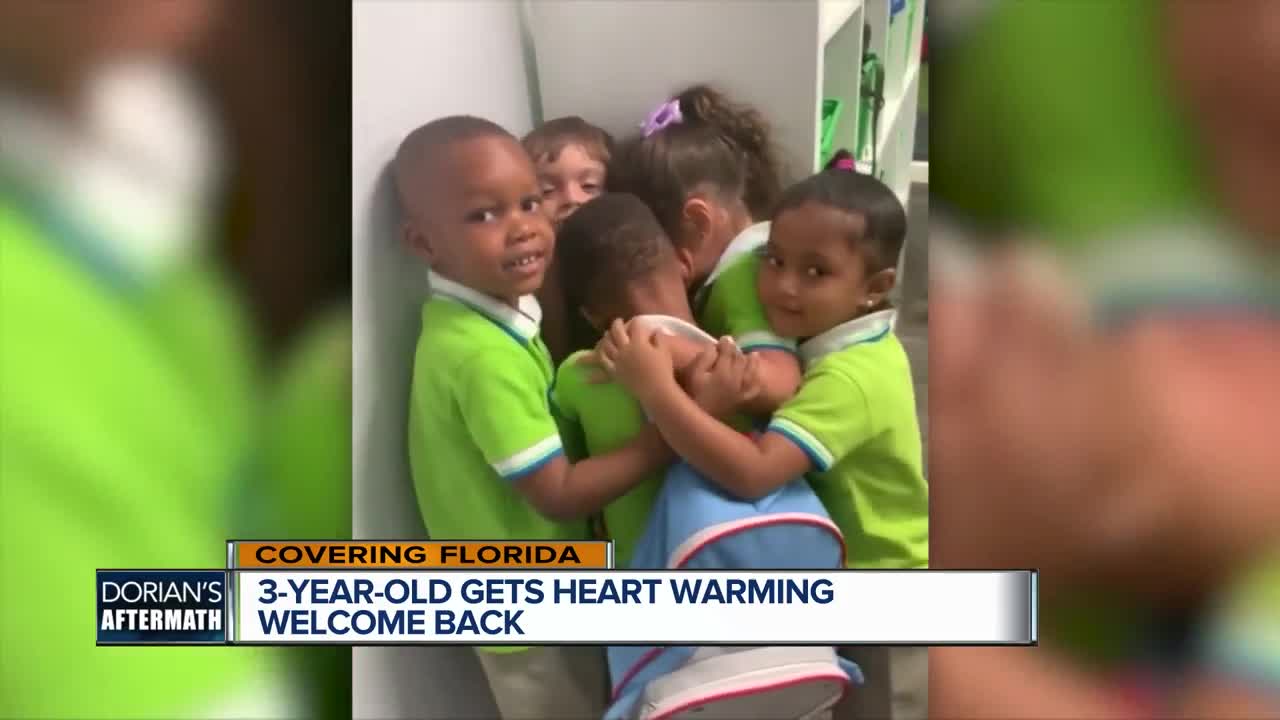 A 3-year-old boy Broward County boy, just back from the Bahamas and surviving Hurricane Dorian, was surrounded and embraced by his preschool classmates. 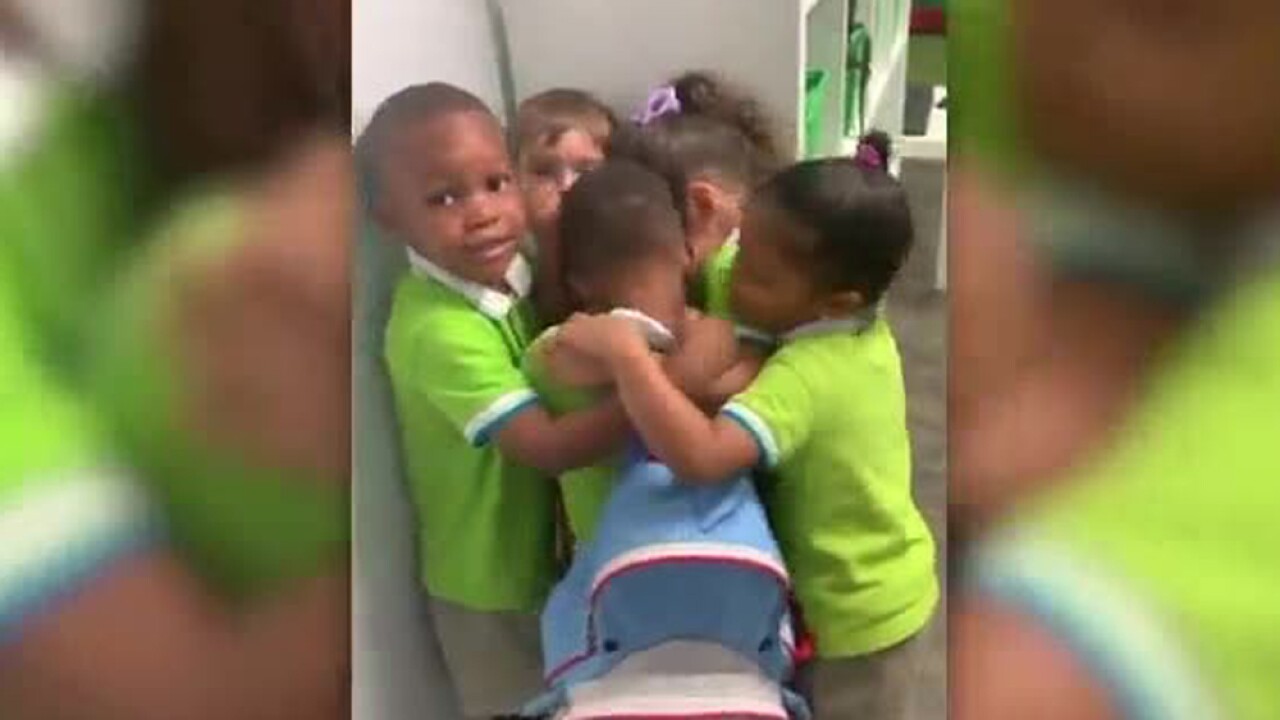 (CNN) -- After riding out Hurricane Dorian in the Bahamas, a Broward County preschooler got an outpouring of love from his classmates when he returned to school Monday.

Makai Simmons, a 3-year-old in Pembroke Pines, Florida, walked into his classroom and was instantly met with hugs. In the video recorded by his mother, Tekara Capron, Makai starts wiping away tears as someone says "we missed you."

"They came and they hugged him and supported him," Capron told CNN. "It really touched me, you know, this is what I needed."

Watch video of the moment below:

Capron told CNN she grew up in the Bahamas and tries to get back there every time she has a holiday weekend. So when Labor Day weekend came it was no question she'd make the trip to Freeport, Grand Bahama with her son, all while hoping to avoid Hurricane Dorian as it moved toward the Florida coast.

"Instead, it came directly to my island where my entire family, my friends, my loved ones were," Capron said.

Hurricane Dorian tore a path of destruction across Grand Bahama and the Abaco Islands, leaving at least 50 people dead, hundreds missing and some 70,000 people homeless.

The 22-year-old said she had experienced hurricanes before but this one was "horrific."

"This one was absolutely devastating and had me terrified, especially with my son there," Capron said.

She recalls the terrifying moments as the door of her grandmother's house flew open as Dorian passed over the island. She wrapped Makai up in her arms and held him tight.

They survived Dorian but the house they were in flooded. Capron took a picture of Makai standing next to the water line inside the home that almost comes up to his chest.

Capron said her family lost a lot but that "they are material items." She's thankful to just have survived with her family.

On Saturday they returned to Florida after being able to evacuate the island on the Bahamas Paradise Cruise Line Grand Celebration ship. The cruise line told CNN last week that it took supplies to the island and then offered to evacuate Bahamians free of charge back to Florida.

Makai refers to Dorian as the monster because that's what the wind sounded like to him, Capron said.

After surviving the wrath of Dorian, witnessing the moment the kids embraced her son was a special moment she said she needed.

"My whole country is at such a point of devastation and everything we were seeing," she said. "This made me feel really loved and cared about."

My heart. Today was my son’s first day back to school in the USA after experiencing Hurricane Dorian in Freeport. The love he received from his friends as soon as he walked into class was so touching.