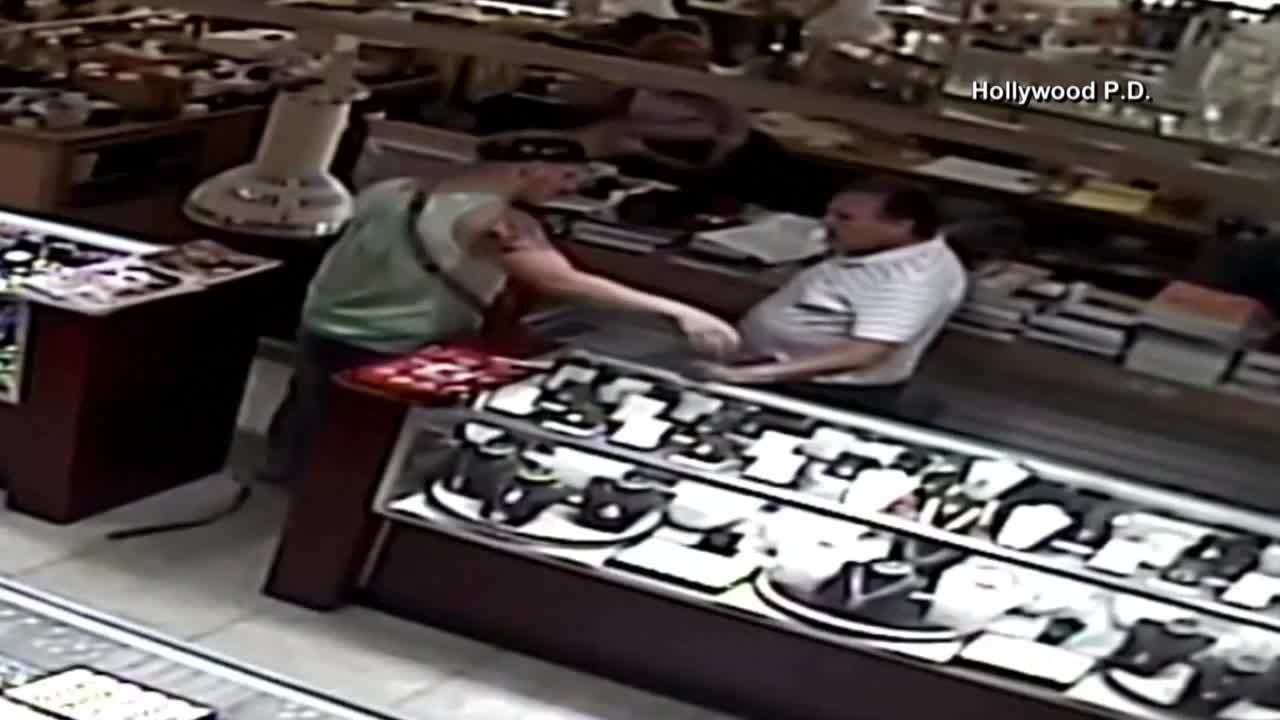 When a man attempted to rob a jewelry store in Hollywood, Florida, the store owner fought back... and it was all caught on surveillance cameras. 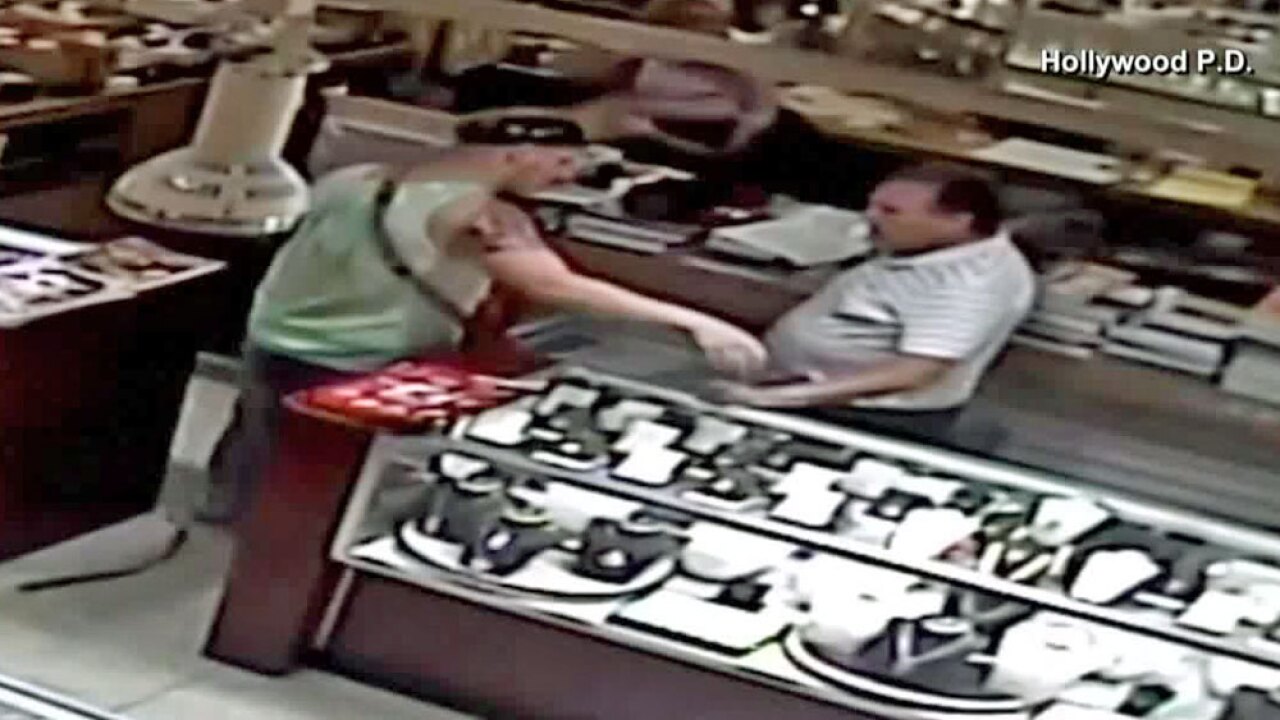 Owner Daniel Setton said the irate suspect walked in with two broken chains."I say, 'okay no problem. I'll repair it for you no charge. I have my jeweler over here,'" he recalled.

But Setton said that's when the unidentified man began crying out for a new chain, and refused to take no for an answer.

That's when the man walked behind the showcase to grab the goods. Unsure if the man was armed, the owner fought back, throwing heavy punches.

Another person repeatedly struck the suspect over the head with whatever they could find.

"I had to stop him. I didn't have another choice," Setton said. "You have to be stupid to do all that when you have surveillance cameras all around you!"

The man eventually left the store.