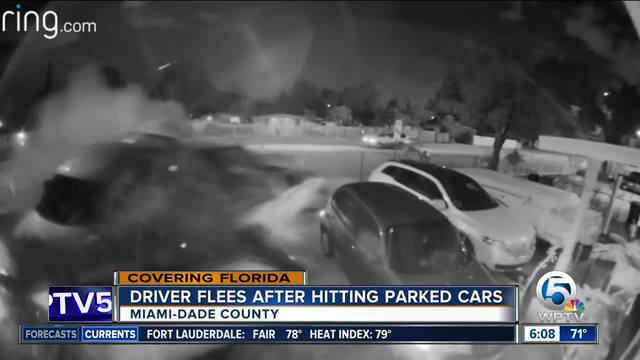 A driver got up and casually walked away after smashing into three parked cars in front of a home in northwest Miami-Dade County. 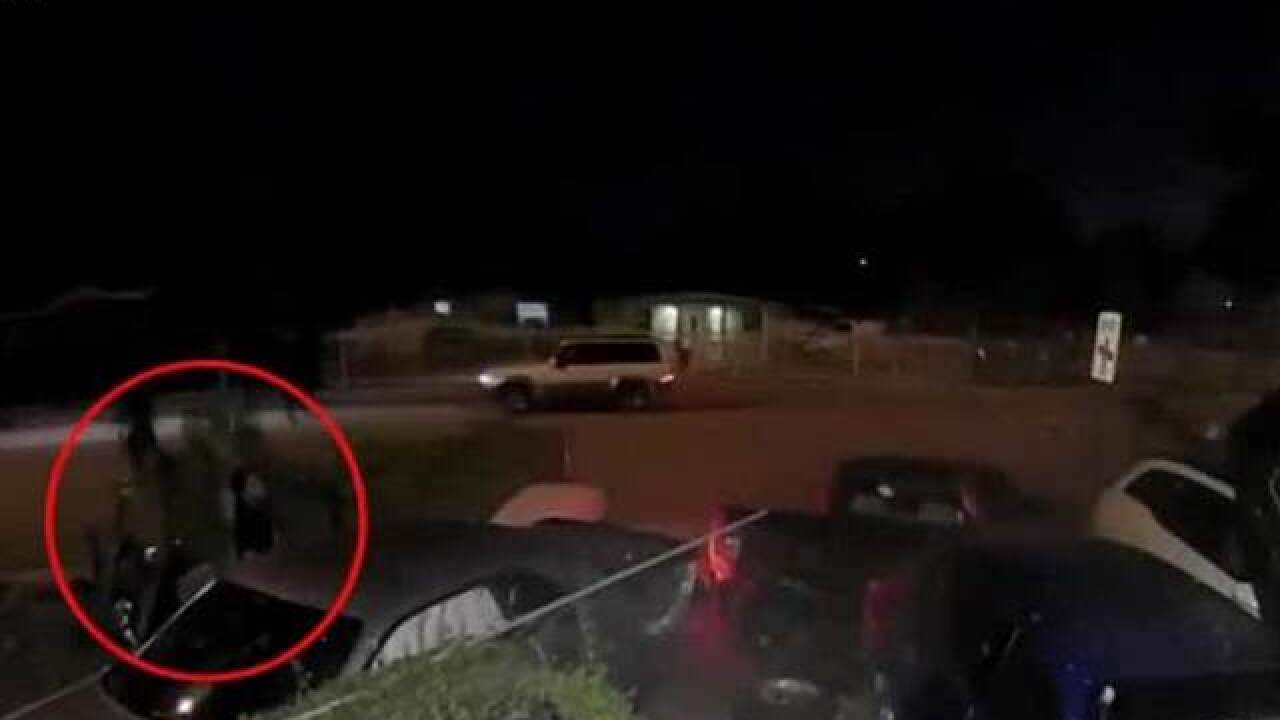 A driver got up and casually walked away after smashing into three parked cars in front of a home in northwest Miami-Dade County.

Surveillance video shows the startling crash that happened at around 7:42 p.m. Saturday in the 2400 block of NW 95th St., according to the Miami-Dade Police Department.

In the video, the driver gets out of the car and calmly walks away.

That man just walk away," said Jose Delanuez, whose property was damaged by the crash. "He doesn't stop to see if somebody got hurt so that makes us feel really bad."

Delanuez was outside with his family just 20 minutes before the collision. No one was injured, but Delanuez was left stunned and bewildered.

"We are sad and we have property damage," he said. "We are scared because we were outside 20 minutes before so any of us could be dead."

A red truck got the brunt of the impact, but Delanuez' mom's PT Cruiser has a gaping hole in the side, his white sport-utility vehicle has also got scuffed and a boat parked on a trailer also got beat up.

The family does have insurance, but they're left cleaning up the mangled mess. They're hoping someone will recognize the man who they say left the scene and disappeared.

"We're asking for the help of the people," Delanuez said. "If somebody sees this guy, please call the authorities because we want this to end."

Police said this is a confirmed hit and run and it was unknown by Monday night if the driver was in custody.