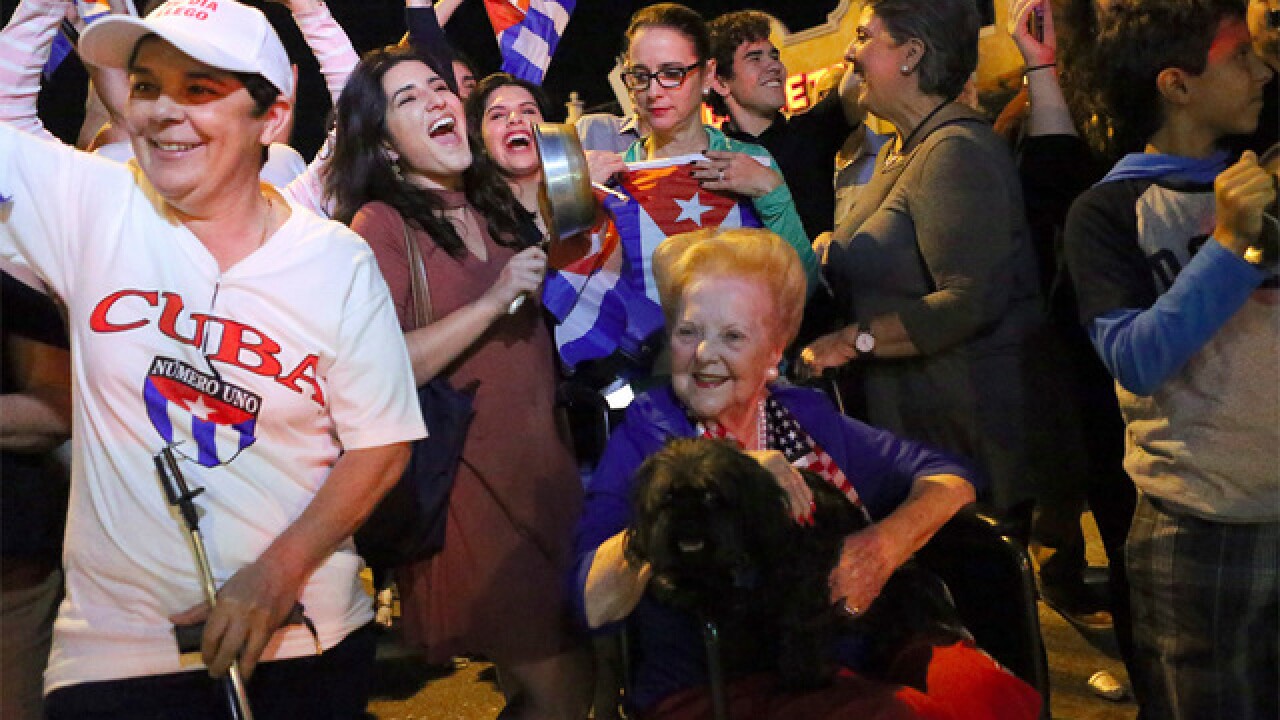 Crowds gathered in Miami overnight and into the morning celebrating the death of Fidel Castro.

Early this morning, there was nonstop dancing, singing and chanting outside Cafe Versaille in Little Havana.

Hundreds of people reacted to the Cuban leader’s death. He brought social reform to Cuba but he’s a polarizing figure and certainly one widely disliked in Miami.

Many turned out to be a part of history and express how they feel.

“I’m here because my grandparents didn't live to see this,” said Imandra Pupo, of Miami. “So, i'm happy for the fact that this finally happened. Hopefully there are changes now for the people that are there.”

Richard Sixto, of Miami, added, “Castro has done a lot of damage to three generations,” he said. “Basically, from my grandparents, my parents to even mine, not having a free Cuba, freedom of speech, free business enterprises. It's a day of joy, of course.”

For most of the morning, SW 8th Street remained block. When police reopened the road, the party continued along the sidewalk.