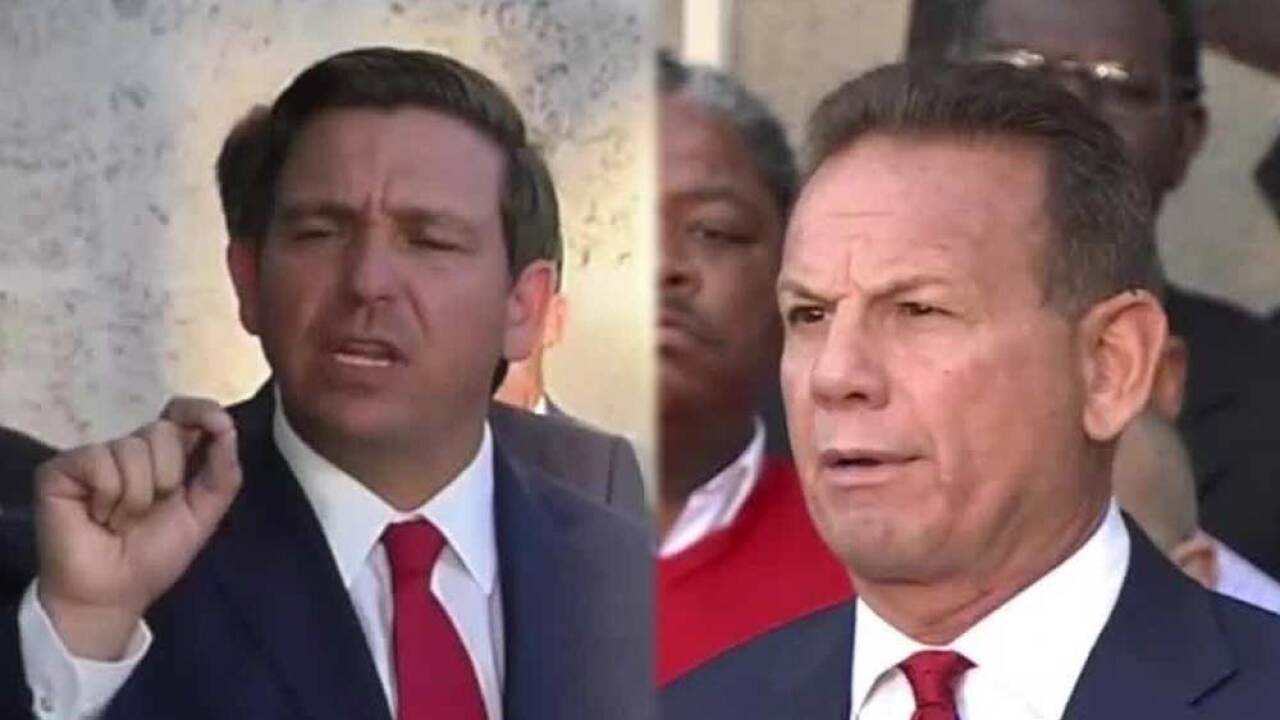 TALLAHASSEE, Fla. — Gov. Ron DeSantis is facing a showdown about one of his highest-profile decisions: the ouster of Broward County Sheriff Scott Israel, whose fate now rests in the hands of the Florida Senate.

The Republican governor’s legal team failed to persuade a Senate special master that Israel’s suspension was warranted, but DeSantis has a cadre of allies who might have the power to do what his lawyers could not.

The families of victims of last year’s horrific mass shooting at Marjory Stoneman Douglas High School in Broward County have started contacting senators to try to ensure that Israel stays out of office.

“We want to make sure that the senators have a complete picture of the failures that preceded the tragedy that took the lives of our loved ones, the inadequate response and leadership of Scott Israel, and, after the tragedy, the continued failures,” Ryan Petty, whose 14-year-old daughter Alaina was among the 17 students and faculty members slain at the Parkland school, told The News Service of Florida on Thursday.

Petty was among the Parkland family members who joined DeSantis at a January news conference where the governor announced the suspension of Israel. He’ll be in the Capitol this month, when a key Senate committee takes up Israel’s case. Fred Guttenberg, whose daughter, Jaime, was killed in the Parkland shooting, will also be there.

“To bring Sheriff Israel back is a threat to the safety of the citizens of Broward County. I only wish he had the intensity behind public safety that he has behind keeping his job,” Guttenberg said in a telephone interview.

DeSantis ordered Israel’s suspension as one of his first acts after taking office, accusing the sheriff of “neglect of duty” and “incompetence” connected to the Feb. 14, 2018 school massacre and a 2017 mass shooting at the Fort Lauderdale-Hollywood International Airport in which five people were killed.

Israel appealed his suspension to the Senate, which has the power to remove or reinstate elected officials. Senate President Bill Galvano appointed former Republican lawmaker Dudley Goodlette to preside over the case as a special master.

In a stunning rebuke to the governor last month, Goodlette recommended that the Senate reinstate Israel, finding that DeSantis’ lawyers failed to make the case that the Democratic sheriff was to blame for the deaths.

DeSantis, meanwhile, is reaching out to senators, making the case for why he stripped Israel of the post. Meredith Beatrice, a DeSantis spokeswoman, said in an email the governor “routinely speaks to legislators on a variety of topics.”

“The governor has been clear that the Parkland families deserve justice and has voiced his firm belief that Scott Israel must be held accountable; he respects that each senator must vote according to his or her own conscience,” she added.

“He (DeSantis) recognizes the special master has a report, but he also believes that his folks will be able to highlight what they view as shortcomings in the report, and he continues to feel very strongly about the decision that was made to suspend,” Galvano, R-Bradenton, said in an interview.

“I think it’s entirely appropriate for the governor to engage with individual senators on this issue or any other issue that is before the Legislature and share with us how he feels about it,” the Fleming Island Republican told the News Service. “This was an important decision in his tenure, and I, for one, value hearing from the governor himself, as to why he did what he did. So I found it to be very helpful.”

But some Senate Democrats accuse DeSantis --- who can veto bills and has line-item veto authority over the budget --- of bullying lawmakers to avert a potential political embarrassment that would happen if the Senate reinstates Israel.

“I think he is browbeating the Republican senators in a manner that’s unbecoming of the governor of the state of Florida,” Sen. Perry Thurston, D-Fort Lauderdale, told the News Service.

Thurston pointed to DeSantis’ statement, following the release of Goodlette’s report on Sept. 25, in which the governor said the victims’ families “deserve justice and accountability.”

“Floridians were appalled by Scott Israel’s repeated failures and expect their senators will provide the accountability that the Parkland families have sought for the past year and a half,” DeSantis said at the time.

Thurston interpreted the comments as an implicit threat, calling the governor’s actions “appalling.”

Goodlette will present his report to the Rules Committee. Also, lawyers for DeSantis and Israel will be able to comment, and the public will be allowed to speak at the hearing.

Guttenberg --- a Democrat who said he did not vote for DeSantis --- called Goodlette’s report “a cop out.”

“This governor and I, we’re not what you would consider two people typically aligned,” Guttenberg said. “However, I will walk the halls of the Senate with him to show, on this, you have absolute bipartisan agreement.”

Galvano, however, cautioned that the hearing is not an opportunity to re-litigate Israel’s suspension.

“We’re not going to have another evidentiary hearing in committee. But both parties, and the special master made this very clear, both parties have a continuing opportunity to make submissions and a presentation at the Rules Committee,” Galvano, an attorney, said.

Sen. Tom Lee, who also sits on the committee and whose wife, Laurel, serves as DeSantis’ secretary of state, said he has not spoken with the governor about the suspension. Lee, a former Senate president, said he “would be surprised if he would ask us to do any more than go in and listen to the evidence that is on the record.”

Lee cautioned about “the historic precedent” the Senate would set if the Republican-dominated chamber ignores Goodlette’s recommendation and sides with the governor.

But the hearing puts senators --- particularly South Florida Democrats --- in an uncomfortable position.

They’re forced to choose between the families of the Parkland victims, who have vilified Israel, and Goodlette, a highly respected former lawmaker, as well as Israel, an elected official who remains popular in Broward, a Democratic stronghold.

Lee acknowledged the families “have some pretty strong feelings” about Israel.

“I know this has been a very, very emotionally charged issue, because people have lost their lives, and families have been destroyed. But I just don’t think the institution should be badgered by any population,” he said.

While senators can be sympathetic, “at the end of the day we have a job to do, and that ought to drive our decision process,” Lee said.

“We don’t want to be in a situation where every time we’re unhappy with someone’s job performance, we can look to the record and say we can remove this individual,” he said.

For the still-grieving family members, the committee hearing and subsequent Senate vote will be another painful chapter in an ongoing tragedy.

“It’s been a nightmare. Every single step of the way. Everything that needs to be done, that should be done, just becomes a challenge. It becomes harder than it should have been,” Guttenberg said.