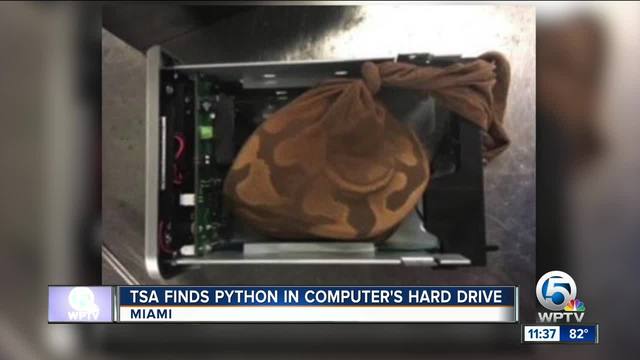 A man and a python hidden inside an external hard drive have been stopped from boarding a Florida plane headed to Barbados. 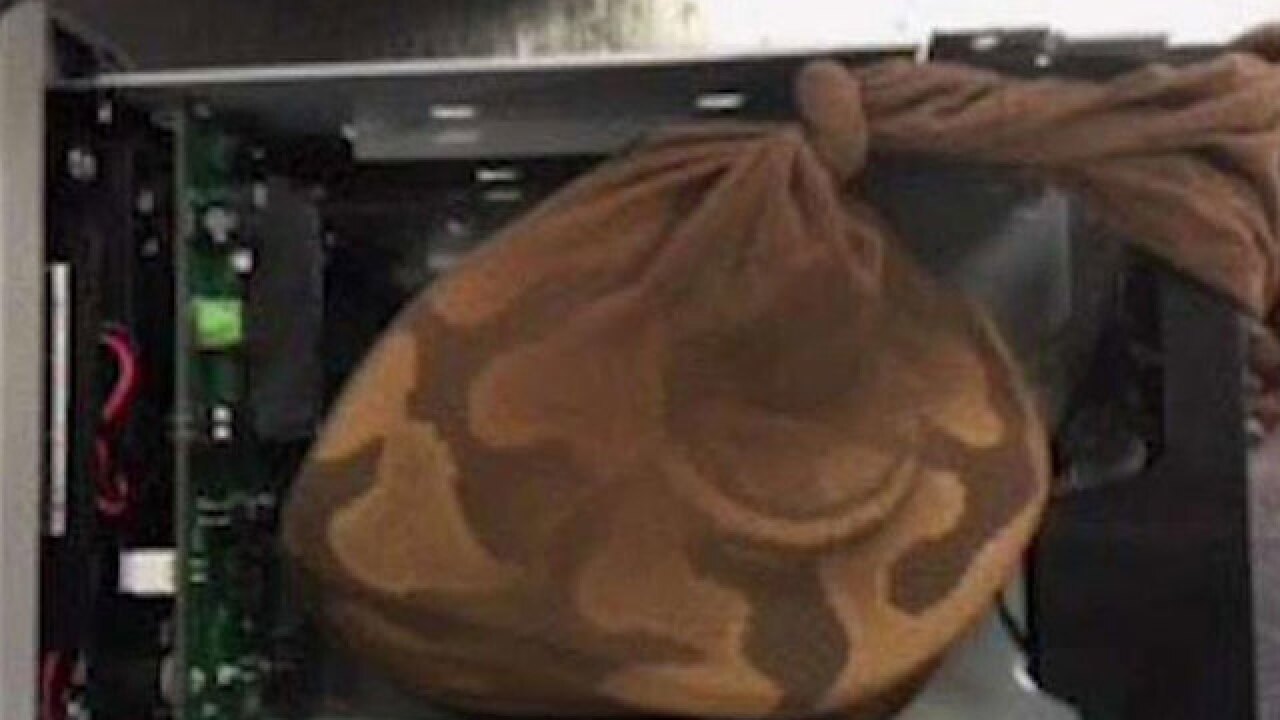 MIAMI (AP) — A man and a python hidden inside an external hard drive have been stopped from boarding a Florida plane headed to Barbados.

Citing Transportation Security Administration, the Miami Herald reports officers screening luggage at the Miami International Airport Sunday found an "organic mass" inside a checked bag. TSA spokeswoman Sari Koshetz says that discovery meant the bag was examined by a bomb expert, who uncovered the live snake in the hard drive.

She says the snake was "obviously not an imminent terrorist threat" but its interception prevented a possible wildlife threat. The passenger was fined, and the snake was taken into custody by U.S. Fish and Wildlife Services. Neither man nor snake flew to Barbados. The man's name was not released. It's unclear how much he was fined.

Information from: The Miami Herald, http://www.herald.com