A small plane crashed onto a road in St. Petersburg Wednesday afternoon.

Around 3:46 p.m., St. Petersburg Fire Rescue responded to the crash at the intersection of 18th Avenue South and 16th Street. 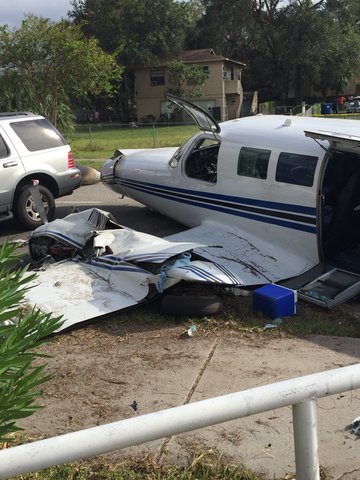 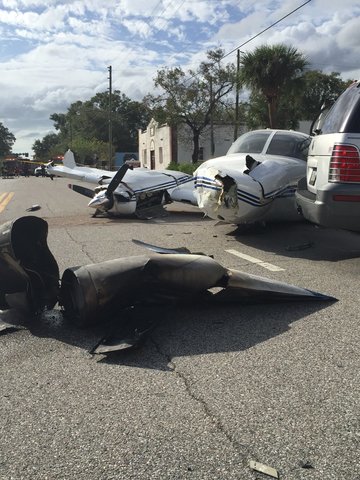 Two people who were on board the plane at the time of the crash and were transported Bayfront Medical Center.

A business owner said his surveillance cameras caught the plane gliding over an SUV on the road.

"Part of the engine caught on fire and the pilot ran out of the airplane, ran to the building and he started telling everybody get away, get away," said Derar Ahmad, a nearby business owner.

An FAA spokesperson said the Cessna 402B was headed to Albert Whitted Airport when the crash happened.

FAA and NTSB will determine why the plane crashed. FAA officials were on scene Wednesday night.

"It's probably one of the craziest things I've seen in my life," said witness Tabitha Callihan.