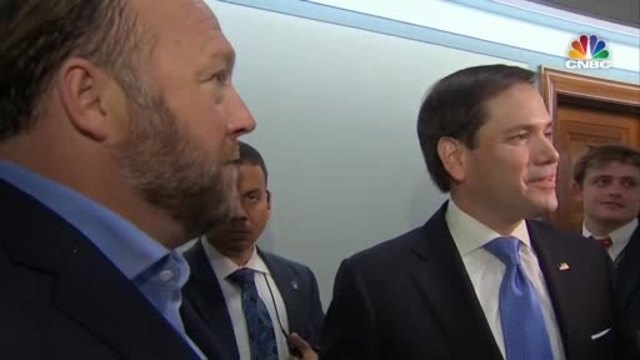 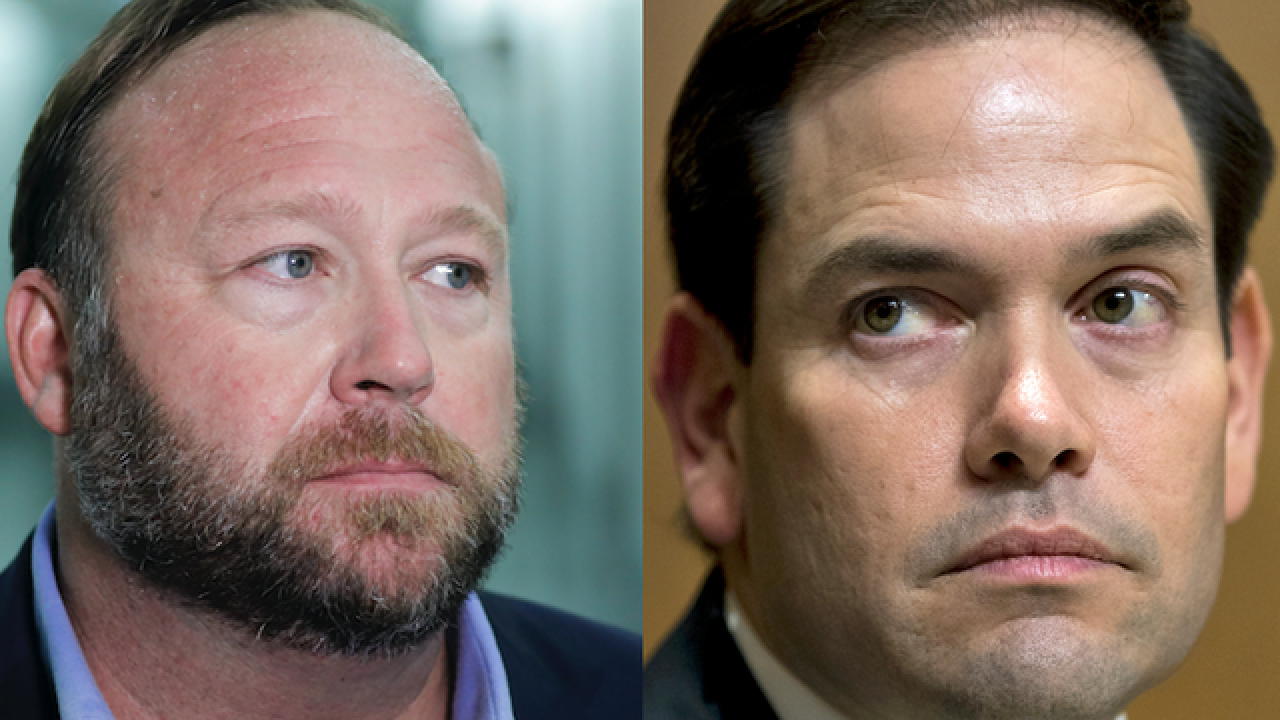 (CNN) -- Sen. Marco Rubio got into a back-and-forth Wednesday with far-right conspiracy theorist Alex Jones in a Capitol Hill hallway.

Jones, who is the controversial InfoWars founder, repeatedly interrupted Rubio while he was attempting to answer questions from reporters during a recess in the Senate Intelligence Committee's hearing on foreign use of social media to influence US politics.

Wow, this video. Alex JONES calls RUBIO a "frat boy" and touches Rubio on the shoulder. Rubio tells Jones not to touch him and that he won't be arrested because I'll "take care of you myself."http://t.co/AGRMrDBMGa

After talking over Rubio a few times, Jones tapped the senator on the shoulder, as seen in video live-streamed and promoted by Cassandra Fairbanks, a right-wing blogger and an activist.

"Sure, I just patted you nicely," said Jones, who was standing to Rubio's right in the swarm of reporters, Rubio's staff and security in the Senate hallway.

Rubio replied, "But I don't want to be touched. I don't know who you are."

"You want me to get arrested," Jones claimed.