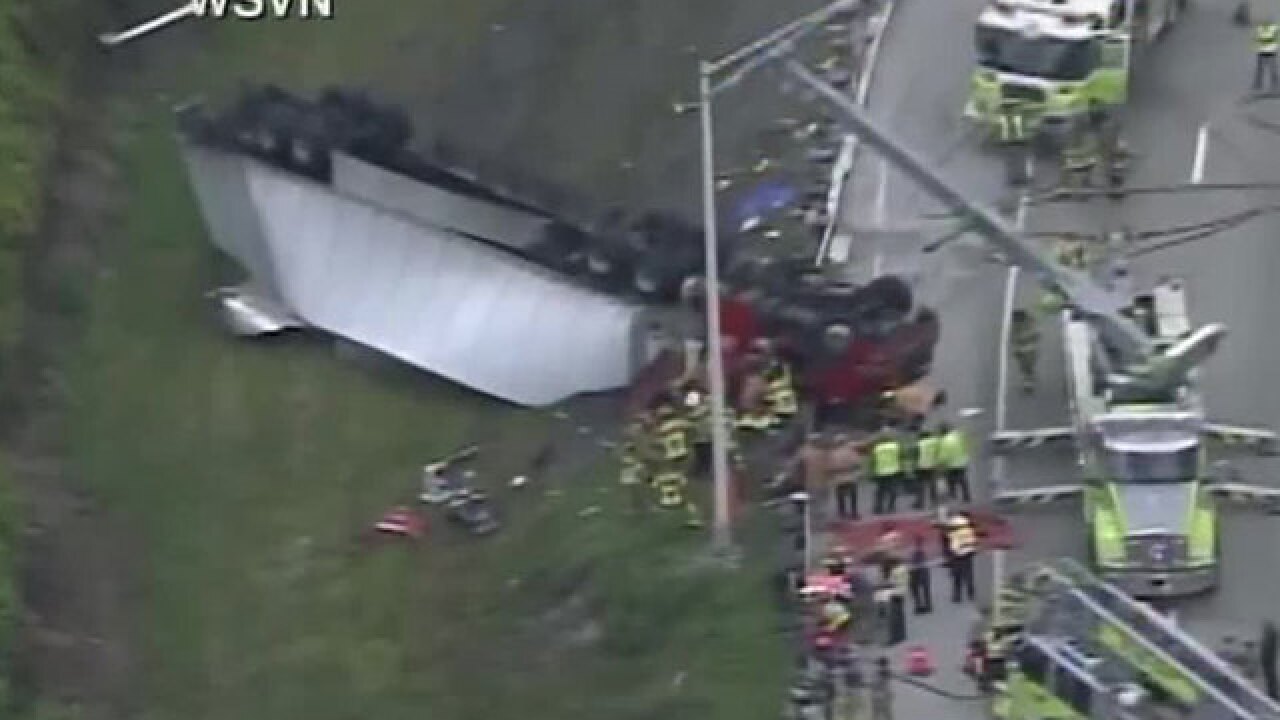 A driver was killed Tuesday after his tractor-trailer was involved in a rollover crash after failing to negotiate a curve on the Florida's Turnpike in Miramar.

The crash happened at 11:40 a.m. in the northbound lanes on a ramp that connects the main Turnpike with the extension near Northwest 27th Avenue.

Aerial footage showed the semi completely rolled over with Miami-Dade Fire Rescue crews at the scene working to free the driver from the wreckage.

The crews worked for an hour to try to help the driver, but officials said there was nothing they could do, and he died at the scene.

"The fact that it was a rollover and it landed in the position it landed makes it very difficult, we have to make sure that we don't become victims while we're working to rescue the patient," Miami-Dade Fire Rescue Lt. Kirsten Miller said.

Officials haven't released the driver's identity. They said he was transporting metal.

No other vehicles were involved in the wreck.

The cause of the crash remains under investigation.