Sea turtle found off Key Largo with spear in its neck 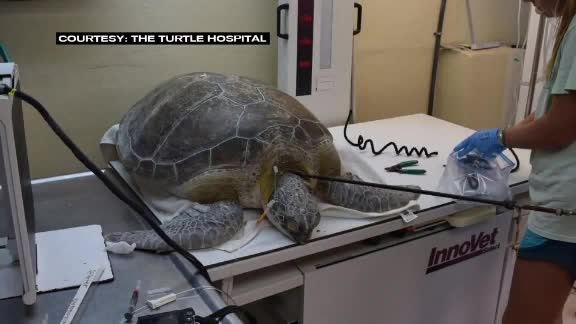 Sea turtle found off Key Largo with spear in its neck. 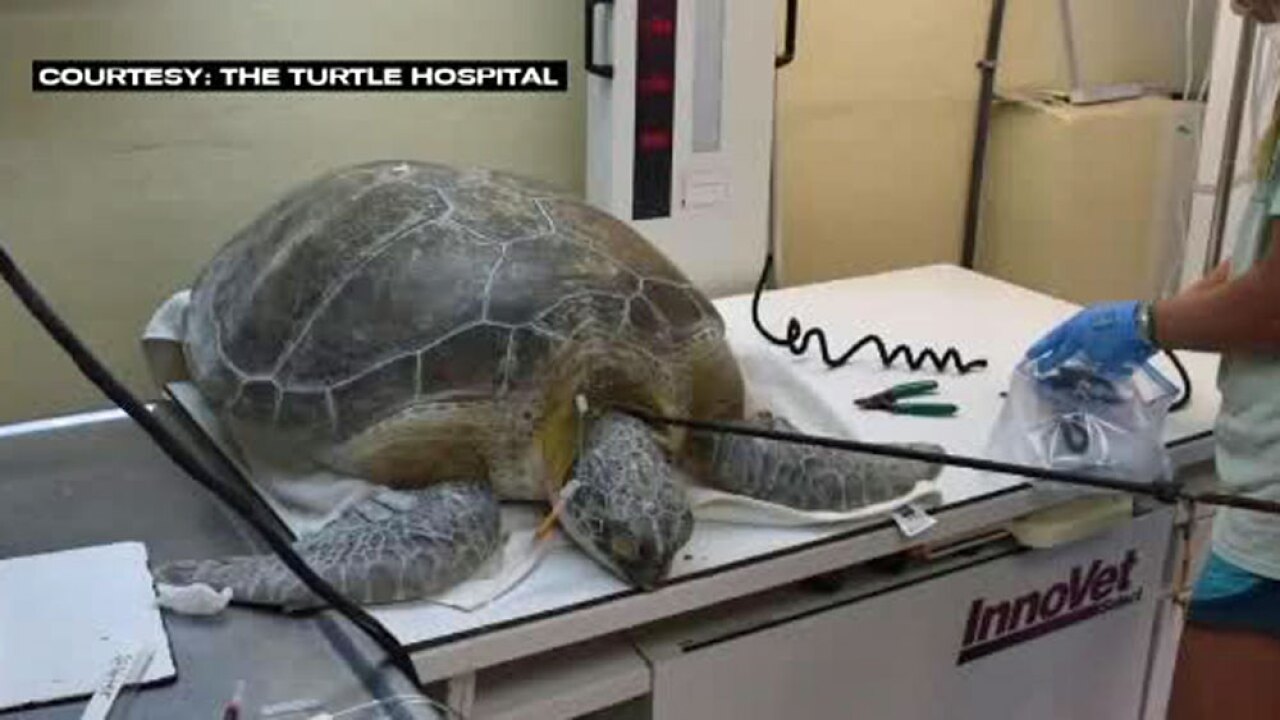 MARATHON, Fla.-- A 150 pound sea turtle is being treated at The Turtle Hospital in the Florida Keys. The wounded animal was found on Carysfort Reef off of Key Largo last weekend with a spear protruding from its neck.

"The good news is the turtle has been named Splinter by the rescuers and is alive today and in surprisingly good condition," said Bette Zirkelbach with The Turtle Hospital.

Splinter, as he's called, has had quite the ordeal.

The veterinarians caring for him found signs the incident was no accident.

"The turtle has an injury on its... or underneath where it looks like somebody tried to spear the turtle but there's bone there so they must have tried to spear it from underneath and then went for the neck when it didn't work so it does not look like an accident," Zirkelbach said.

And they say he's been suffering for at least a month.

"A lot of necrotic tissue has grown around it and there was what we call granuloma on the neck from the spear rubbing when the turtle moves its head," said Zirkelbach.

While medics at The Turtle Hospital worked to save Splinter, wildlife officials are working to find the person or persons responsible.

"It's the second case in close proximity to where a green sea turtle has been speared, the first was in June in Biscayne Bay there in Miami; unfortunately that turtle was dead, it had a spear in its head," Zirkelbach said.

And they hope to bring an end to predatory behavior against these gentle sea creatures.

"It's important to put a stop to this so we are trying to get as much information out there and educate people," Zirkelbach added.

A $5,000 reward is being offered for information leading to the arrest and conviction of whomever injured Splinter.