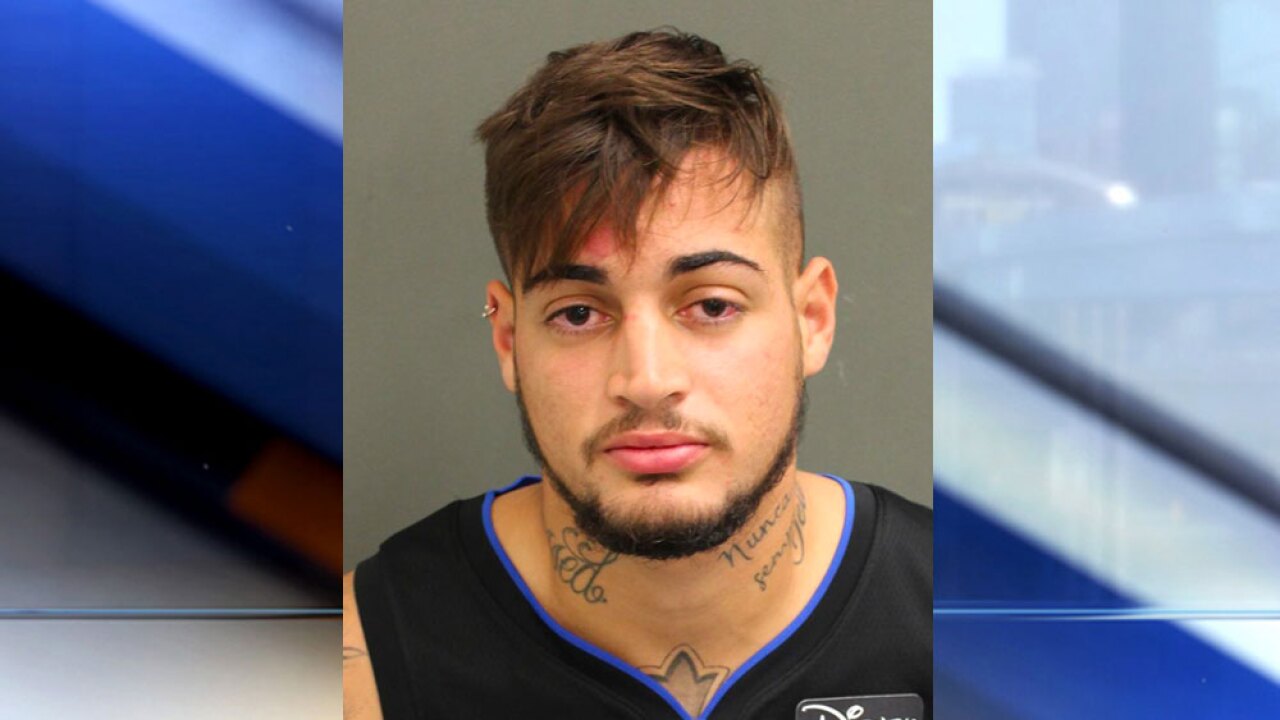 ORLANDO, Fla. (AP) -- A Brazilian soccer player was arrested Wednesday on charges of domestic violence while vacationing in Florida, according to the Orange County Sheriff's Office.

Sao Paulo FC goalkeeper Jean Fernandes, 24, was charged with battery after sheriff's deputies were called to an Orlando hotel where Fernandes was staying.

According to a heavily redacted arrest report, he and the woman had been arguing in their room when Fernandes punched her in the face. The sheriff's deputy wrote that the woman's face was swollen and she had bruises under both eyes.

The report said Fernandes also had a small bruise on his face. The woman, whose name was redacted in the report, told investigators she hit him with a "hair iron" in self defense.

The woman told investigators she did not want to press charges, the report said. The deputy gave her a business card and a domestic violence packet. But Fernandes was arrested and taken to a hospital for treatment of minor injuries before being booked into jail.

In a statement, Sao Paulo FC said it "is waiting for the investigation of the facts in order to define the appropriate measures."

"In its almost 90 years of existence, the Sao Paulo Football Club has built a history marked by solid principles of conduct and makes no exceptions," the club said.

A lawyer wasn't listed on court records. Fernandes was being held without bond.