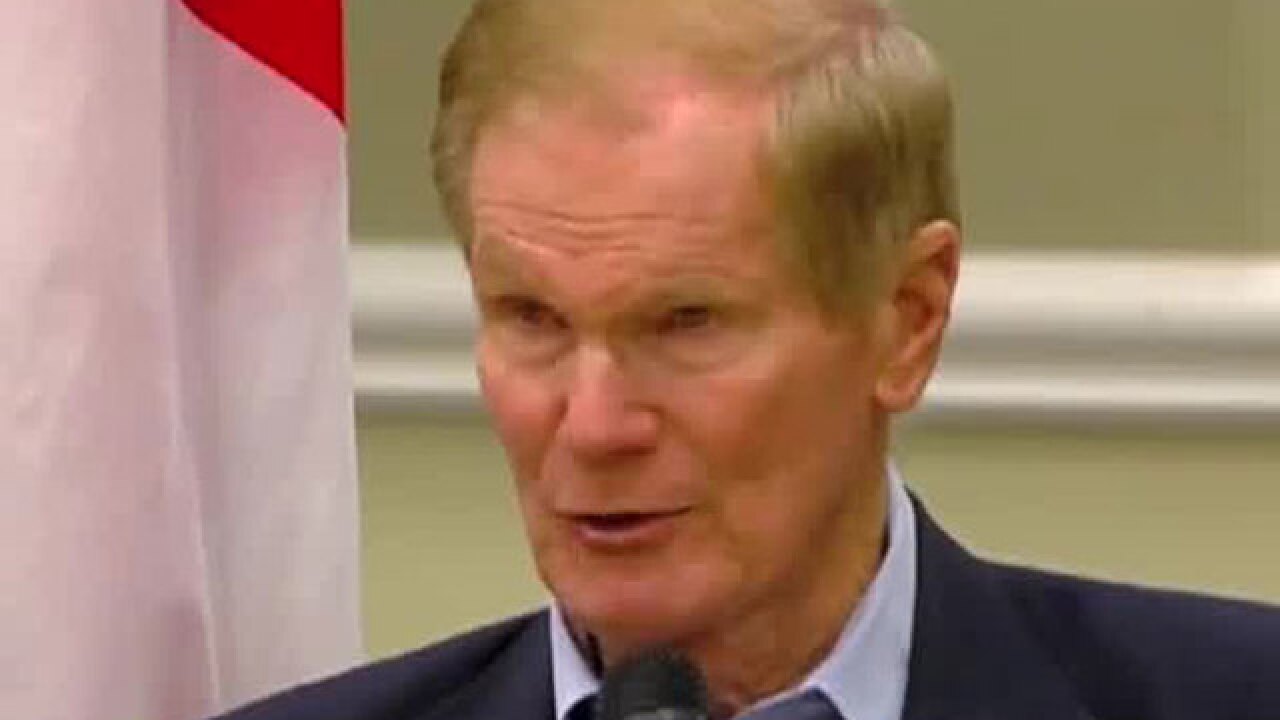 Copyright 2018 Scripps Media, Inc. All rights reserved. This material may not be published, broadcast, rewritten, or redistributed.
&lt;p&gt;Sen. Bill Nelson in West Palm Beach for a school safety roundtable on April 5, 2018.&lt;/p&gt;

TALLAHASSEE, Fla. (AP) — Caught in one of the toughest campaign fights in his lengthy political career, U.S. Sen. Bill Nelson's recent comments that Russians are meddling in Florida's election system have triggered a firestorm for the mild-mannered politician.

The statements mark the third time Nelson, a Democrat, has said something questionable, or untrue, during the last few months. But it has also triggered a line of attack from Republican Gov. Rick Scott and his campaign supporters who contend that the 75-year-old Nelson is "terribly confused" or even "incoherent."

And some view the tactic as a way to suggest that Nelson — who will turn 76 in September — is too old to run.

"It seems like they are trying to project a strong relationship between longevity in office and age and flip-flopping and uncertainty," said Susan MacManus, a retired University of Florida professor and long-time political analyst.

Nelson, whose only loss in his long political career was his 1990 defeat in the governor's race, had relatively easy matchups in his last two re-election campaigns. But Scott, a two-term governor leaving office due to term limits, has been on attack since jumping into the race last spring. The two have traded barbs over everything from guns to health care and the environment. Scott, relying primarily on $25 million of his own money that he's pumped into his campaign, has pounded Nelson in a series of ads so far.

Nelson's slow start to his campaign has worried some Democrats as they battle to regain control of the U.S. Senate. But now Nelson's comments on Russian meddling has created a controversy that may hang over his campaign until November.

He told reporters earlier this month that Russians had penetrated the systems of certain Florida counties and "have free rein to move about" ahead of this year's election. He made the comments after being asked about a rare warning that both he and U.S. Sen. Marco Rubio sent to state election officials earlier this summer.

Nelson's comments ricocheted quickly because Russian hackers targeted Florida along with other states during the last election. While many details of the 2016 hacking efforts have remained murky, an indictment last month said Russian operatives sent more than 100 fake emails to elections offices and personnel in Florida.

Scott demanded proof of a new incursion. And state officials pressed federal officials for confirmation. U.S. Sen. Richard Burr, head of the Senate intelligence committee, and Rubio, the Florida Republican who sits on the committee, declined to either confirm or deny Nelson's statements. Nelson stuck by his comments but declined to answer detailed questions, saying the information is "classified."

This past week, however, federal authorities told Florida election officials they saw no signs of any "new or ongoing compromises" of state or local election systems. Scott said this proved Nelson was "reckless" and "irresponsible." His campaign then put out a lengthy 2-minute video on YouTube that strung together Nelson's comments that called him "terribly confused."

Chris Hartline, a spokesman for Scott, went further: "It's been more than two weeks since Bill Nelson's bizarre Russia comments, and the only people more confused than Bill Nelson are the people who have to listen to him speak. His constantly changing, incoherent explanation has left watchers across the country and across the political spectrum scratching their heads."

Carlie Waibel, a spokeswoman for Nelson's campaign, blasted the video: "This is the worst, the worst kind of dirty politics and shows just how desperate Rick Scott is as he's detracting from his poor record as governor."

But this is not the first time this year that Nelson has said something that invited scrutiny.

Shortly after the shootings at Marjory Stoneman Douglas High School that killed 17 people, Nelson said on national television that the person behind the shootings was wearing a gas mask and used smoke grenades. Nelson in the spring tweeted out that the shootings of two teenagers in Miami was done with a type of military semi-automatic rifle. Neither were correct.

Even before his comments on Russian meddling, the Scott campaign had put out several ads that hinted at Nelson's age - and even incorrectly stated how long he had been in office. Republican groups supporting Scott's campaign have called Nelson confused multiple times.

Macmanus, who has studied the importance of older voters in Florida, said "there is a danger in just making that assumption" that calling a candidate old and confused will resonate. She pointed out that Florida's voting demographic has been changing in recent years and that baby boomers - those born in the immediate aftermath of World War II - are no longer the largest voting bloc. Citing the appeal of Vermont U.S. Sen. Bernie Sanders, she said younger voters don't automatically reject someone just because of their age.

Lauren Schenone, press secretary for the Scott campaign, maintained they were not criticizing Nelson due to his age.

"The problem with Bill Nelson has nothing to do with his age," Schenone said. "It's that he has become such a party-line liberal, and like most career politicians, he talks a lot but doesn't get anything done."