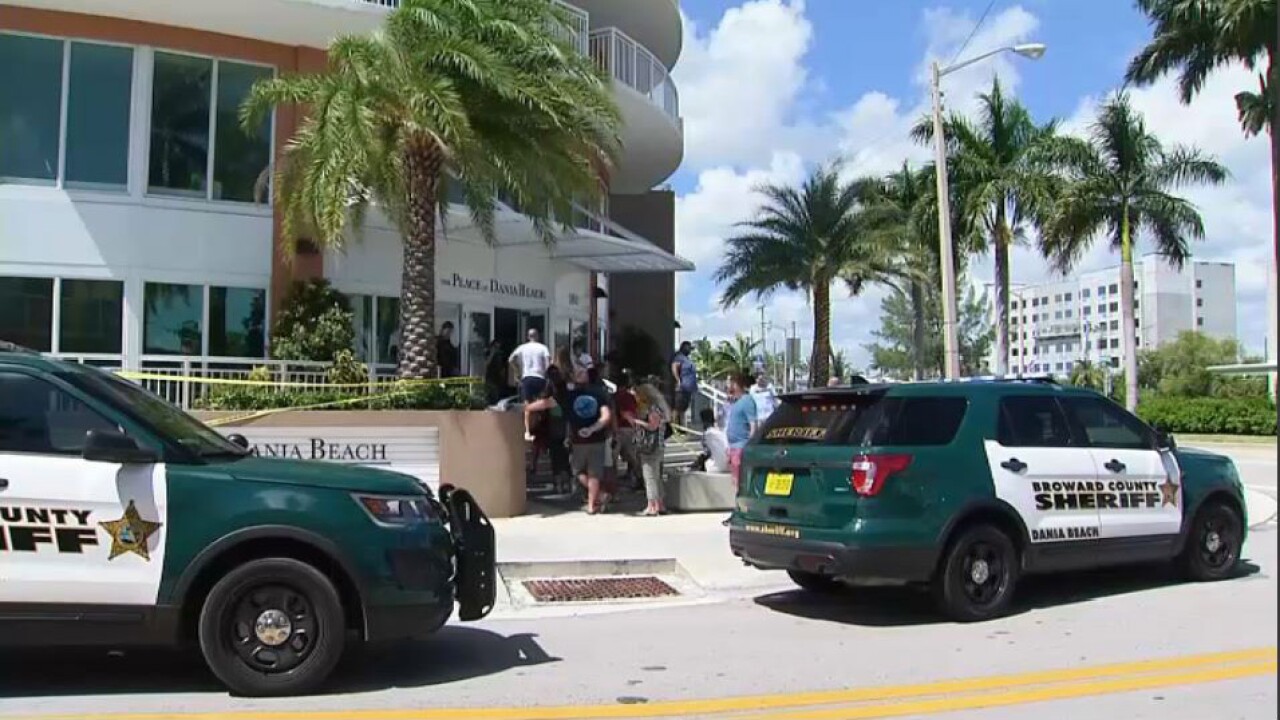 DANIA BEACH, Fla. -- Dozens of displaced residents returned to what was left of their Dania Beach apartments Saturday afternoon - just one day after a massive leak left hundreds without a place to live.

Mayara Tabone is one such resident. She and her roommate, Mayara Maciel, are graduate students with no family in South Florida. They lived at The Place at Dania Beach with their dogs.

The Mayaras, along with others who came to retrieve their belongings, say the building's management has made the already difficult situation even more frustrating.

"We don't have enough information on the next steps, what they're going to do or not for us," Tabone says.

About 250 residents were evacuated Friday night from the apartment building after a rooftop swimming pool started leaking.

Broward Sheriff's Fire Rescue said a 10,000-gallon pool leaked into several apartments in the eight-story building. Fire rescue found the leak came from the piping of the pool and that water leaked down to the lobby.

The city last night said it was working on getting the displaced residents housed at nearby hotels at discounted rates.

But, on Saturday, several residents say they are having issues paying for the hotels and don't know when it will end.

"Tonight they told us to go across the street, that they have set up some deal," Maciel says. "We don't know what's going on. We called and they said that no."

The only message residents have received from the building's management was an email that was sent Friday night.

Among other things, the email says:

"As you may be aware, we experienced a large water intrusion incident this evening. The Fire Department has evacuated the building until the damage can be further assessed..."

Miami's WTVJ reached out to the building's management and received no response.