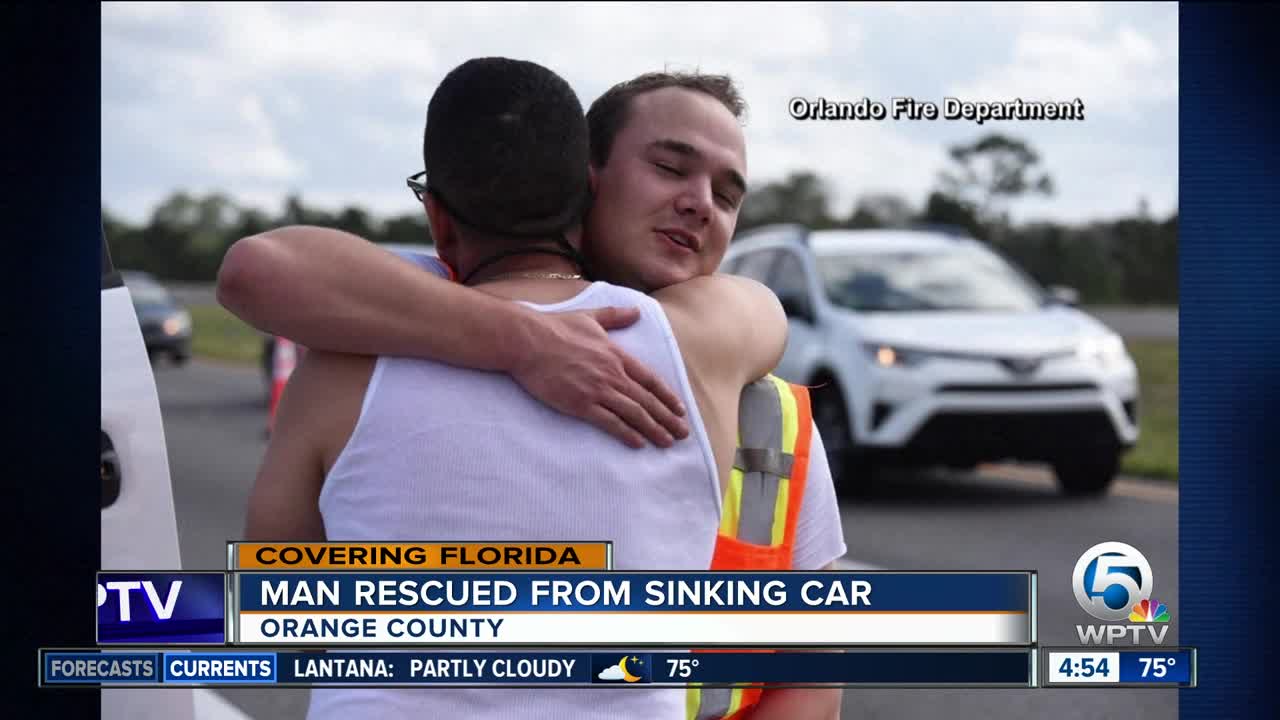 A road ranger rescued a driver from a submerged car in Orange County.

ORANGE COUNTY, Fla. — (NBC) - A driver in Central Florida had to be rescued after his car ended up in a pond.

Alex Morales says he feels reborn after he was pulled out of the water by a road ranger.

He said he lost control of his vehicle on Florida State Road 417, causing the vehicle to land in the water.

We would like to recognize the @CFXWay Road Ranger who risked his life saving someone else this morning on the 417. The ranger saw a driver trapped in his vehicle in a retention pond, jumped in, broke the window and pulled him out. This duty to act makes him a hero. pic.twitter.com/VnZpBNDmFf

A road ranger saw the car submerged in the pond, so he pulled over, broke a window of the vehicle and helped Morales reach dry ground.

Morales said he thought he was going to die.

He attempted to break the window of his car with his fist and keys but couldn't escape.

Thankfully, a local hero stepped in to save the day and a life.