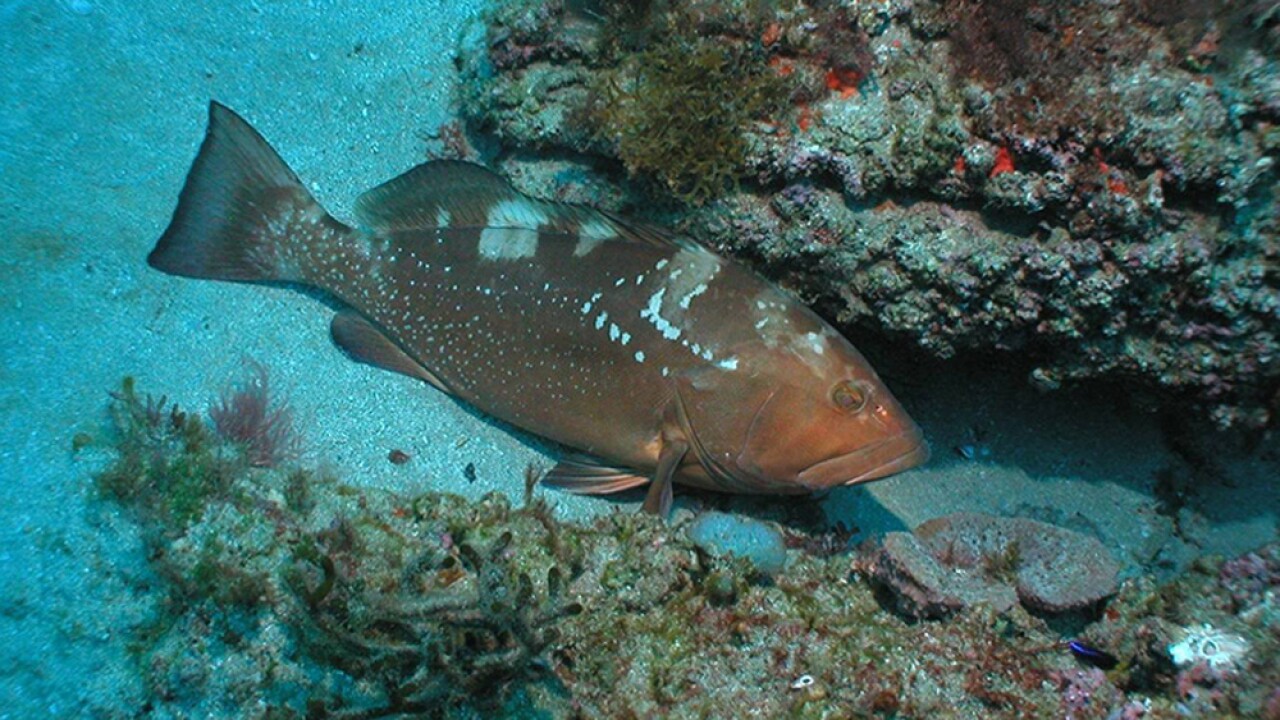 (AP) - Regulators say catch limits for red grouper in the Gulf of Mexico will stay at this year's levels indefinitely.

This year's catch limits and targets were about 60 percent lower than 2018 levels. They were cut after 2017 landings came in at their lowest level in recent years and fishers reported seeing fewer legal-sized red grouper.

National Oceanic and Atmospheric Administration Fisheries adds that an extensive red tide outbreak off Florida's west coast in 2018 may also have hurt the red grouper population.

To account for management uncertainty, commercial quotas and recreational targets are set a bit lower than the amount experts consider it safe to harvest.