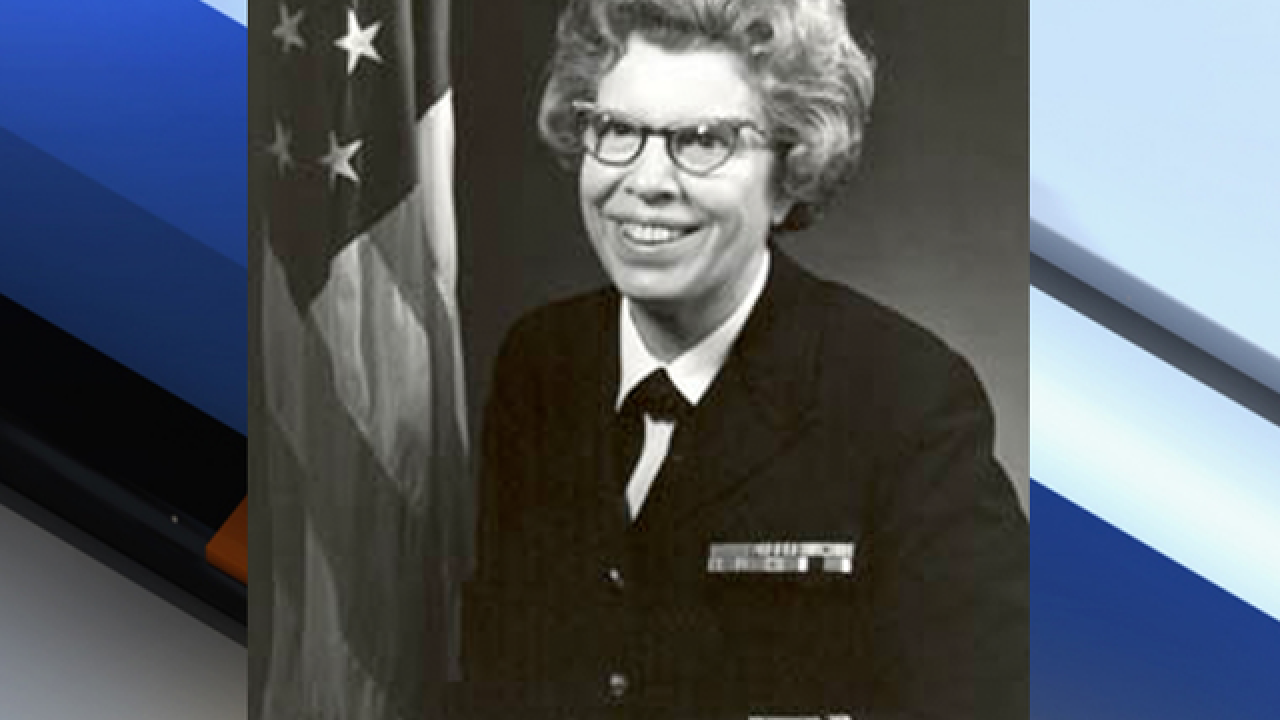 ORLANDO, Fla. (AP) — Rear Admiral Alene Duerk, the Navy's first female admiral, who became a trailblazer as the Navy opened up more opportunities for women, has died. She was 98 years old.

The Naval History and Heritage Command says that Duerk died on July 21. She had been living in a suburb of Orlando, Florida.

Duerk was born in Ohio. After graduating from nursing school in 1941, she entered the U.S. Naval Reserve and was appointed an ensign in the Nurse Corps. During World War Two, she worked on a hospital ship off the Marshall Islands in the Pacific and later treated Allied troops who had been prisoners of war.

She would go on to lead the Navy Nurse Corps.

President Nixon approved her selection as the first female rear admiral in 1972.