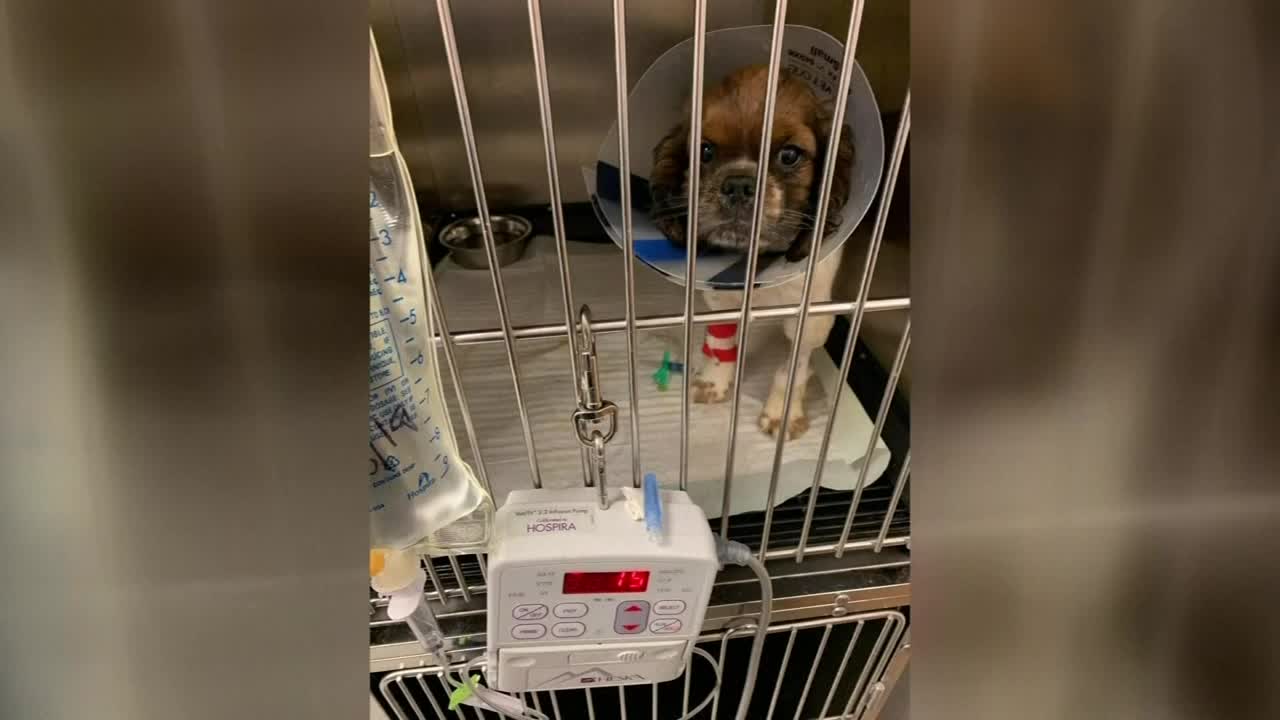 Around 30 puppies were rescued from a Pembroke Park pet store after advocates say they were found living in filth.

PEMBROKE PARK, Fla.-- Around 30 puppies were rescued from a Pembroke Park pet store after advocates say they were found living in filth. The storefront is mostly windows with a large picture of a happy family presumably leaving with a pet. But behind the glass, deputies didn't find things so picture-perfect .

The neglected pups were found living in filth and in poor health. Some had feces around their mouth a sign they were eating whatever they found.

"He looked at me with his little eyes. There were flies surround him. You could smell the feces and the bloodied diarrhea that was coming out of him," said Santana.

Santana, who recorded video of the pets, is one of a handful of organizations that showed up to take care of these pups.

Most of the puppies had trouble breathing, some had pneumonia and parvo, an infection that is highly contagious and life-threatening in animals.

"Any puppy that receives that is very weak in his immune system. The virus is prone to infect intestinal cells to the point the inability to absorb any nutrients," said Eric Weman with Everglades Animal Hospital.

According to Santana, the owner of the pet shop watched as the puppies were taken by several pet rescue groups. A search of state records shows the business was registered three months ago to a Norman Chera.

"He was just sitting there on his phone. He did not look like he cared at all," Santana said.

The owner did not comment. He is expected to be fined for every single puppy. It's unclear what charge, if any, he will face.

The pups will be isolation for at least two weeks before they are ready to be placed into a foster home or be put up for adoption.