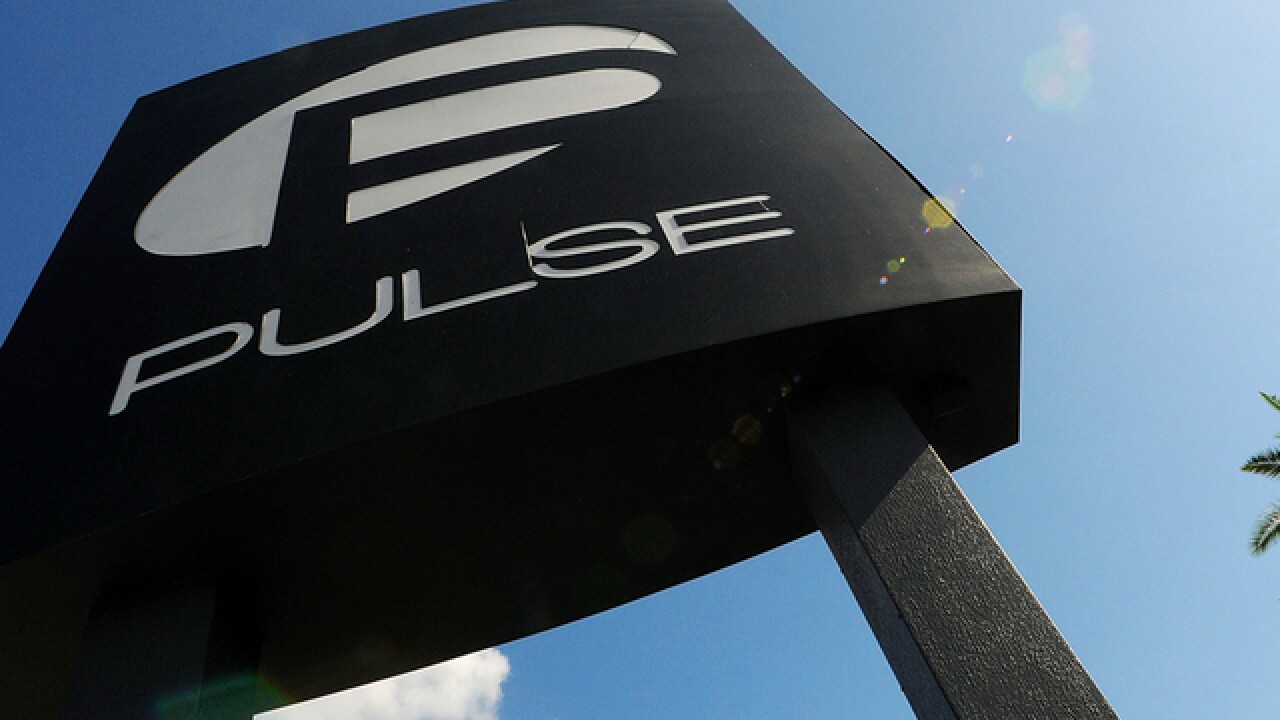 ORLANDO, Fla. (AP) — A personal injury attorney representing some of the families and survivors of the Orlando nightclub massacre filed a lawsuit Wednesday against the gunman's employer and wife, claiming they were able to stop Omar Mateen before the attack but didn't.

The lawsuit was filed Wednesday in federal court in South Florida on behalf of more than four dozen of the survivors and family members of those killed at Pulse nightclub last June. Forty-nine people were killed during the worst mass shooting in modern U.S. history at the gay nightclub. Dozens more were injured.

The lawsuit claims wrongful death, negligence and other counts.

Personal injury attorney Antonio Romanucci said Mateen's employer, international security company G4S, knew he was mentally unstable yet allowed him to carry a gun in his job as a security guard. Mateen had a firearm license through his job, Romanucci told The Associated Press in an interview.

"Mateen gave out so many warnings that someone should have reined this guy in," Romanucci said. "They should have said, 'You are not stable. You shouldn't have a weapon.'"

While working as a security guard at the St. Lucie County Courthouse, Mateen was investigated by the FBI in 2013 after he told co-workers he had connections to terrorists and a mass shooter. He later told his bosses he had made that up to get his co-workers to stop teasing him about being Muslim and the FBI determined he was not a threat.

"G4S continues to have the deepest sympathy for the victims, friends and families who were affected by the Pulse nightclub shooting. G4S Secure Solutions (USA) Inc. (G4S), notes the lawsuit filed today in the U.S. District Court for the Southern District of Florida. G4S intends to vigorously defend itself against the lawsuit which it considers to be wholly without merit."

Romanucci said Mateen's wife, Noor Salman, knew her husband was going to carry out the killings.

Salman currently is in jail awaiting trial. She has pleaded not guilty to federal charges of aiding and abetting, and obstruction of justice. Prosecutors have said Salman accompanied her husband when he cased locations for potential terrorist attacks and knew ahead of time that he was planning the attack.

"Rather than warn authorities, she kept it a secret and acted as his accomplice," Romanucci said.

Salman's defense attorney in her criminal case did not respond to an email seeking comment.

The most recent effort to hold an outside company liable for a mass shooting has failed, at least for the time being. A judge in Connecticut last fall dismissed a lawsuit brought against the manufacturer of the rifle used in the Sandy Hook Elementary School shooting massacre, saying a federal law shields gun manufacturers from most lawsuits over criminal use of their products. The Connecticut Supreme Court, though, has agreed to hear an appeal brought by the victims' families.

The advantage of suing Mateen's employer, rather than the firearms manufacturer or seller, is that the victims don't have the obstacle of the federal law, said Sachin Pandya, a law professor at the University of Connecticut.

But even if the plaintiffs can show Mateen's employer should have taken some precautions, "you still have to show that what the employer failed to do caused the mass shooting," Pandya said.

This isn't the first lawsuit to be filed by family members or victims of the Pulse massacre. Families of three patrons killed in the nightclub sued Facebook, Google and Twitter, claiming Mateen was radicalized through propaganda found through social media.

A fund that was formed after the massacre has distributed almost $30 million to the survivors and family members of victims.

"This will be a very challenging lawsuit," Winkler said. "Victims of gun violence are looking for second-best options and that is what this is."

Information from WPTV was included in this report.