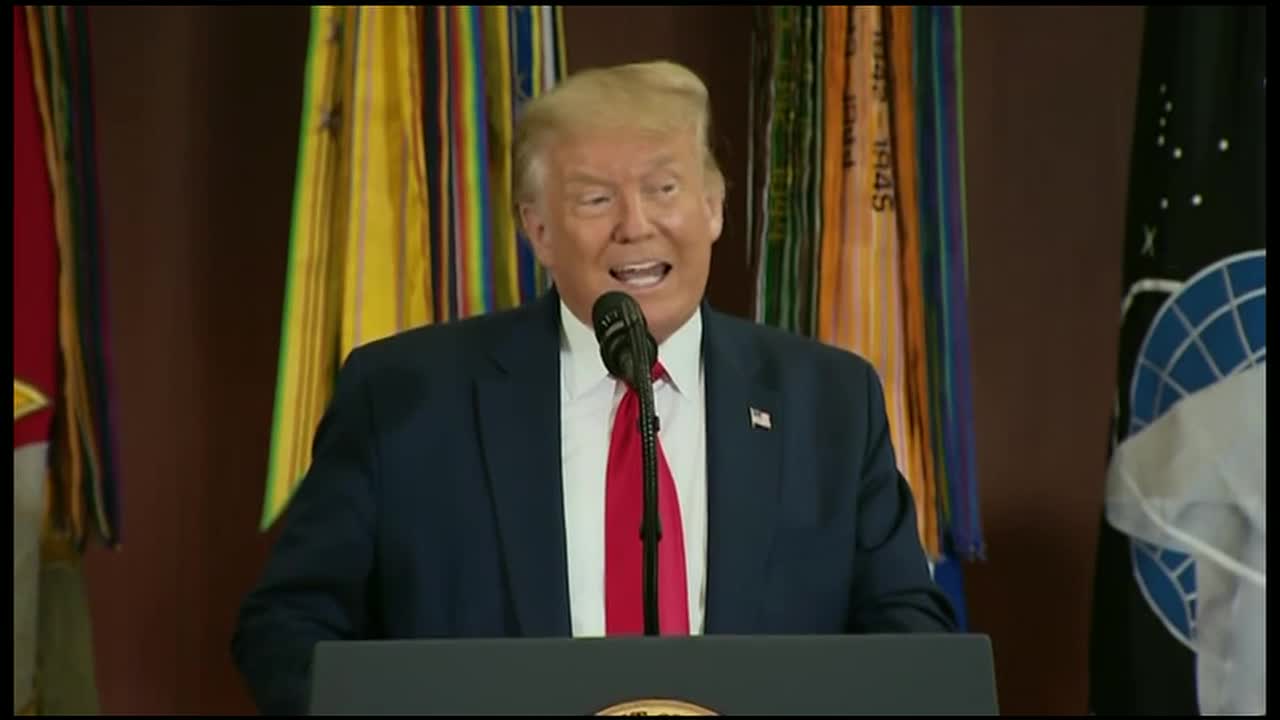 President Donald Trump is in South Florida on Friday to highlight the ongoing and aggressive efforts to crack down on illegal drug trafficking. 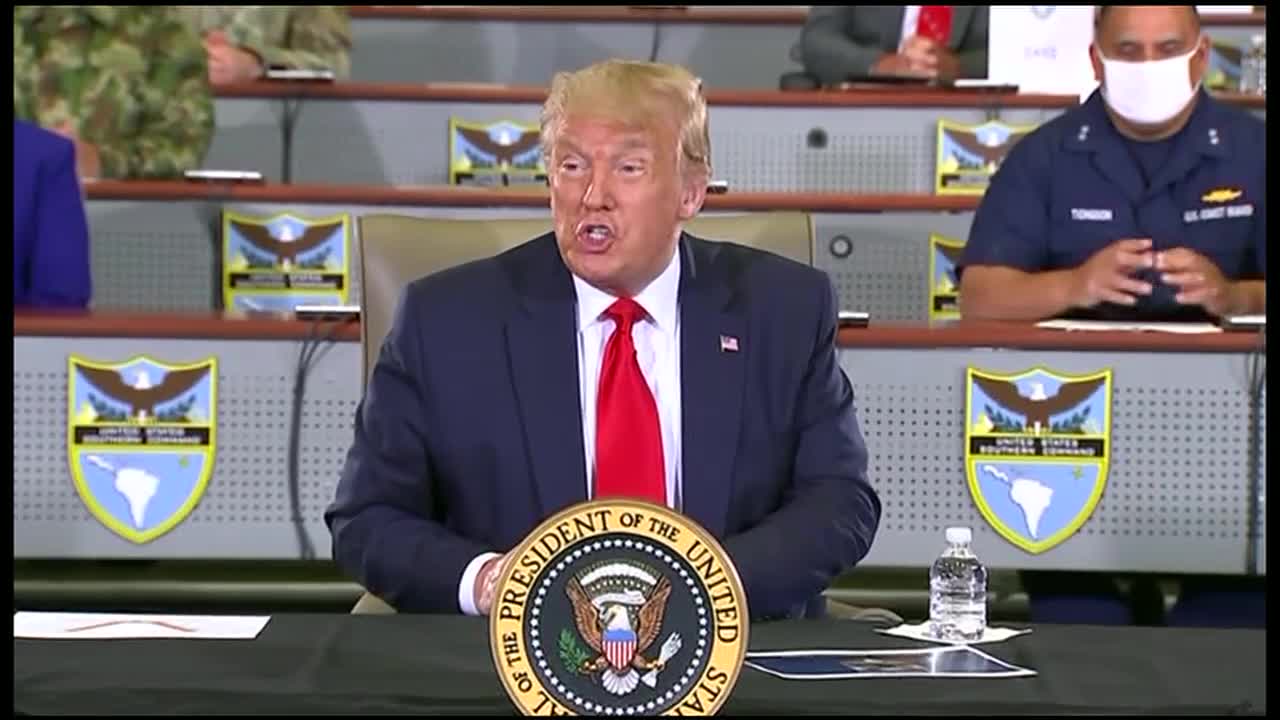 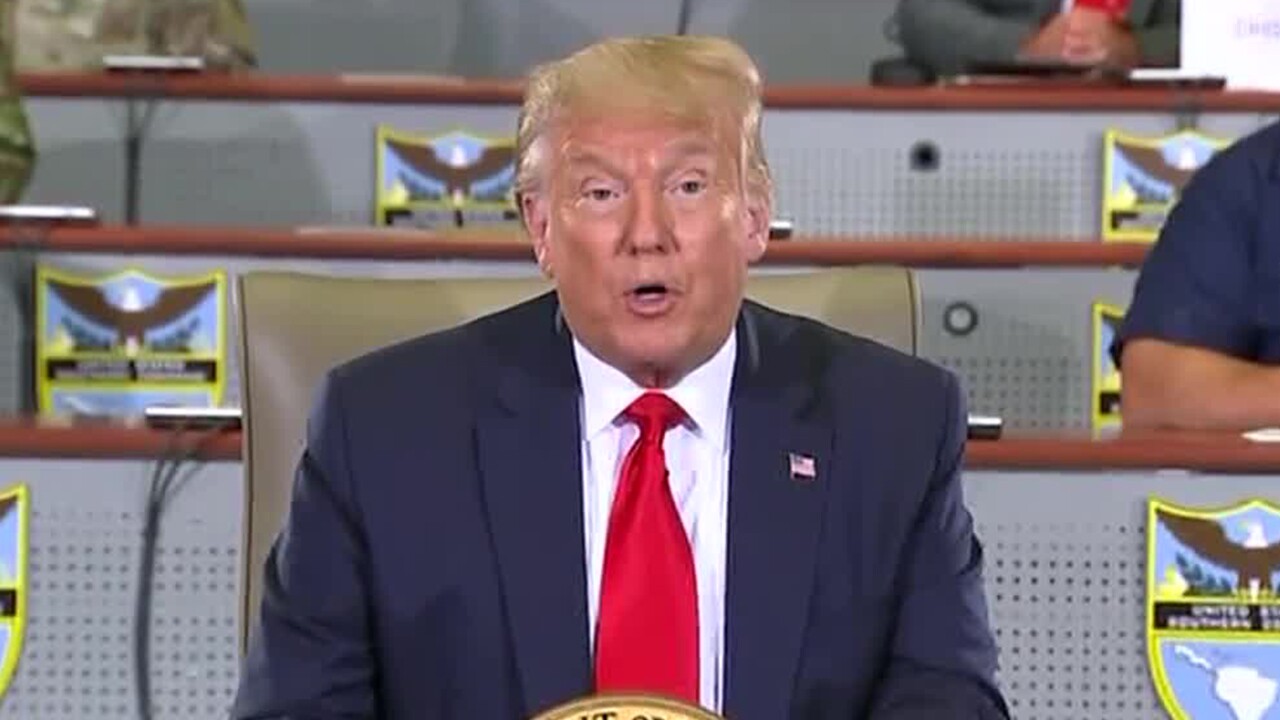 MIAMI — President Donald Trump traveled to South Florida on Friday to highlight the ongoing and aggressive efforts to crack down on illegal drug trafficking.

The president arrived at Miami International Airport around 12 p.m., and then participated in a roundtable at U.S. Southern Command in Doral.

"We're determined to keep dangerous drugs out of the country and away from our children," Trump said. "The traffickers are truly vile. They're terrible, terrible people."

Trump said a joint operation between the U.S. military and multiple law enforcement agencies has led to more than 1,000 arrests and the seizure of around 264,000 pounds of illegal drugs worth billions of dollars across the Western Hemisphere since early April.

The operation, according to the U.S. Department of Defense, is focused on targeting drug traffickers in the eastern Pacific Ocean and Caribbean Sea.

"Transnational criminal organizations have destroyed far too many American lives by smuggling heroin, cocaine, fentanyl, and methamphetamines into our country, leading to drug overdoses and addiction in our communities," said Secretary of Defense Mark Esper.

Following the roundtable, the president held a short news conference about the crackdown at U.S. Southern Command,

"We're taking the fight directly to the sinister criminal cartels, and we're showing them no mercy," Trump said. "You will not threaten our citizens, you will not poison our children, and you will not infiltrate our borders."

During his address, the president took a moment to fire back at the increasing calls to defund law enforcement agencies around the country in the wake of the police-involved death of George Floyd in Minnesota.

"We will never, ever defund our police. That I can tell you. We're not defunding police," Trump said. "I assume this is going to be a fad. We'll call it a fad. But it's not something that will work very well."

Later in the day, the president took part in a discussion about supporting the people of Venezuela at the Iglesia Doral Jesus Worship Center in Doral.

Democratic presidential candidate Joe Biden criticized Trump's visit to South Florida on Friday, calling it little more than a "photo-op and a distraction from his failures," referring to the Trump Administration's response to the deadly coronavirus pandemic.