Run, hide, then fight. It's a concept taught by law enforcement everywhere. But, the Polk County Sheriff wants his citizens to think a little bit more aggressively. 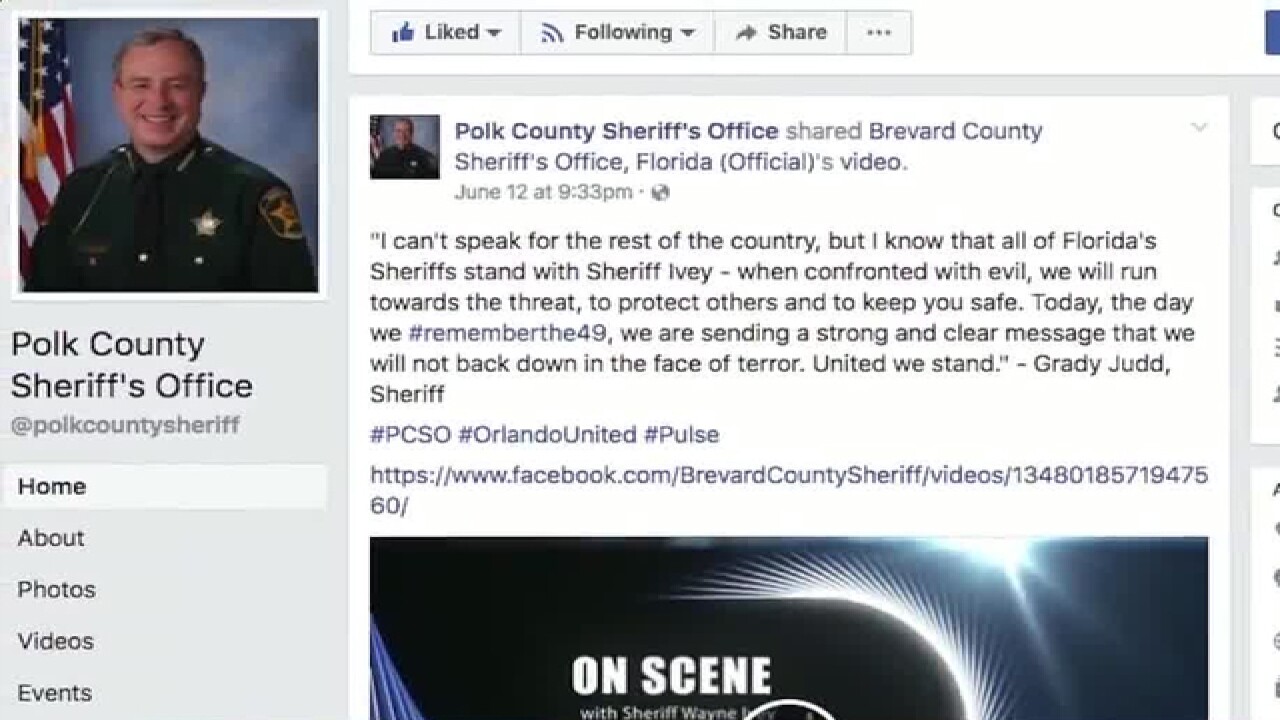 It's a concept taught by law enforcement everywhere, but another Florida sheriff wants his residents to think a little bit more aggressively.

With all the mass attacks happening around the world, Polk County Sheriff Grady Judd doesn't want residents "sitting like a duck."

His thinking, reflects the same ideas that Brevard County Sheriff Wayne Ivey stated in a video a few weeks ago.

"Like each of you, I am sickened and deeply concerned about the cowardly attacks that are taking place around the world," Ivey says.

The video, which was shared across the country, asked the public to prepare for the worst. It says, don't run, don't hide if you or others are in dangers, the only way to make a difference is to fight.

"A team of citizens working together to attack the suspect back, have much greater chance of survival than allowing the suspect to operate unimpeded."

Ivey said in the six-minute video explaining how to prepare and attack a suspect.

Both Judd and Ivey said there is always a response time in any emergency and that the only person protecting you, is you, that is until help arrives.

"You can either stand there as we've seen many times before and be a victim or you can fight back," Judd said.

The Polk County sheriff even went on to explain how the number of people killed during the Pulse Night Club attack, might have been lower if a "good" person might have been armed and ready to fight.

"If you are not afraid of a gun, get one, become proficient, get a concealed firearms license and carry it. And if you need to shoot somebody, shoot them a lot," Judd said.

But not everyone is on the same page when it comes to carrying firearms.

"That's ridiculous, absolutely ridiculous," Polk County resident, Mary Dailey said. "I'm all for your right to own a gun if you are a responsible person, but you should have to prove it," Dailey added.

For those with the badges and the right to shoot, they say "Next Time" it may be your only option.

Judd did add that running and hiding is not bad advice, if it's an option. The sheriff also said if you are not comfortable with a gun, try to carry anything that could be helpful in a dangerous situation.