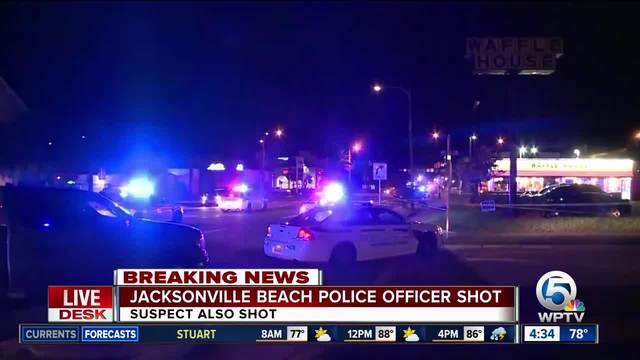 The Jacksonville Beach Police Department says one of their officers was shot outside a Waffle House. 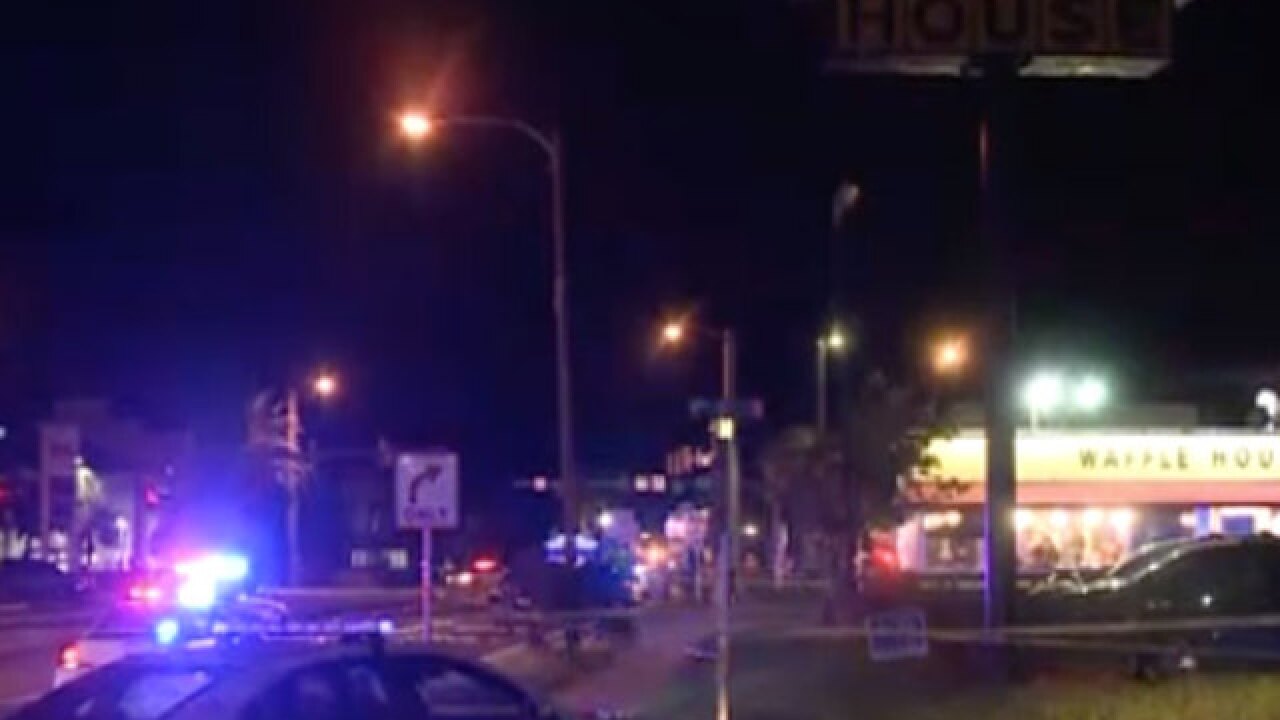 JACKSONVILLE, Fla. (AP) — A police officer is recovering from injuries suffered during an exchange of gunfire outside a Waffle House in northeastern Florida.

Dooley said suspected gunman Javon Sisljagic, 27, was also wounded in the shooting. He was treated and released from the hospital and is charged with two counts of attempted first-degree murder.

The incident began when the suspect shot at a passing police vehicle Wednesday, Dooley said. The suspect ran and was confronted by two police officers a short distance away. That's when gunfire was exchanged and Eierman was struck. Two police vehicles were also struck by bullets, the chief said.

Dooley said the officer is in good spirits and should be released from the hospital soon.

Sisljagic is being held without bond. A lawyer isn't listed on his jail records.

We are praying for our brothers and sisters at the Jacksonville Beach Police Department. One officer has been shot. If you are inclined to do so, please say a prayer for their officer too. pic.twitter.com/BPbQzOBXoT