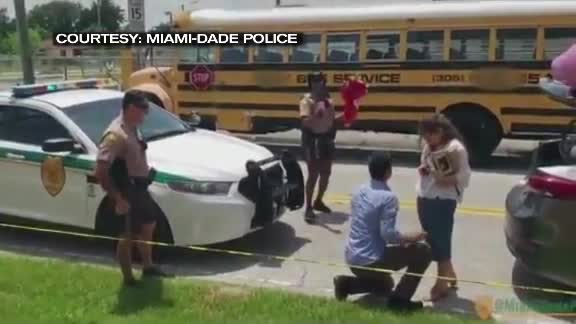 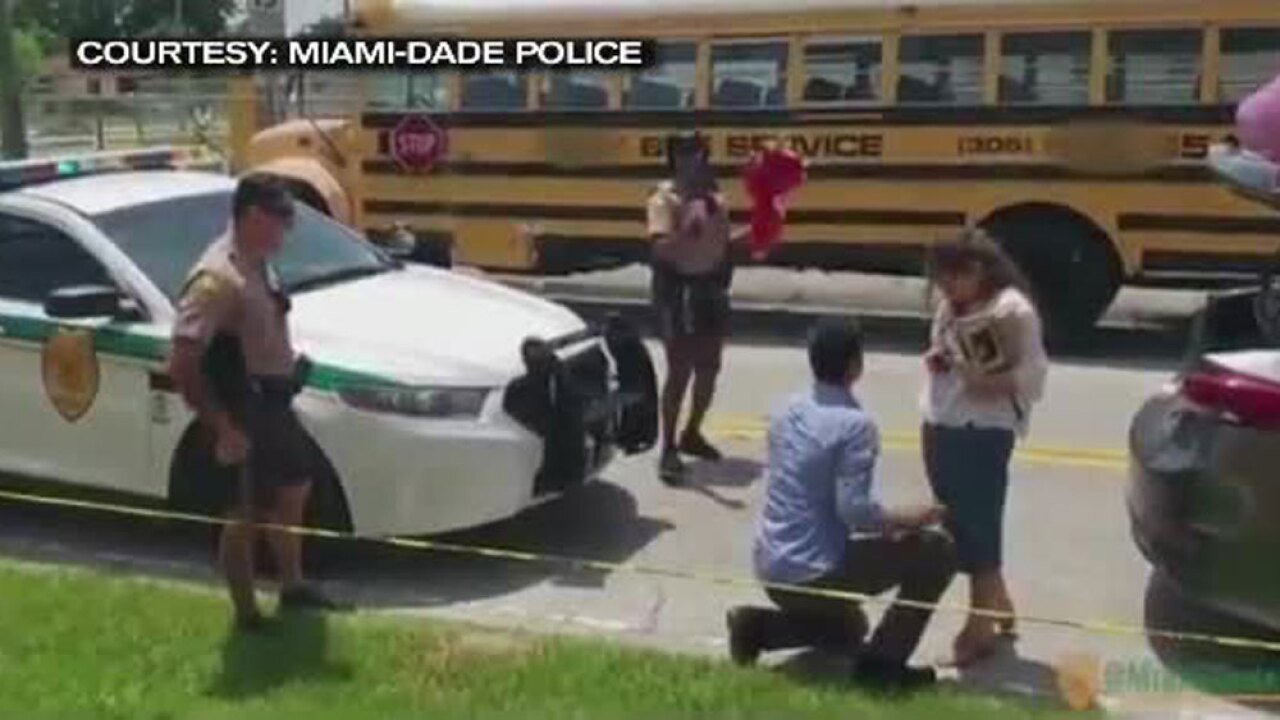 MIAMI-DADE COUNTY, Fla.-- Police in Miami-Dade County pulled over a man just moments before he was going to propose to his girlfriend. But it was all part of a plan he put together to surprise her.

"I decided to propose to my future fiancée, have the police show up, pull me over and get her a little scared," Avi Mizrahi said.

"He knew exactly how he wanted to do it, he wanted the help of the police department, so he reached out through a liaison who then got a hold of me. We were very fortunate to have officers available and to coordinate it," said Miami-Dade Police Department Major Rosanna Cordero-Stutz.

Two officers from the Miami-Dade Police Department helped the young man pop the question after a traffic stop.

"We asked them to step to the rear of the vehicle, and my partner asked if he could open the trunk, and when he opened the trunk that's when she was like real surprised," said Miami-Dade Police Department Officer Glenna Battle.

"The trunk was set up beautifully with a poster showing us, and from there she changed from scared to happy and she said yes and it was amazing," Mizrahi recalled.

The romantic moment was recorded and posted on Twitter.

Intracoastal District officers were happy to provide “back-up” for this surprise marriage #proposal, and she said yes 💍🚔
Congratulations to the happy couple! pic.twitter.com/bQpPbWc5KP

"This is something we normally don't do, but we happened to be on duty that particular day, so we were able to fill it into our schedule," said Miami Dade Police Department Officer Andy Rodriguez.

Afterward, family and friends were on hand to celebrate.

It wasn't just a romantic moment for the newly-engaged couple, the police officers involved said it was special to a part of their love story.