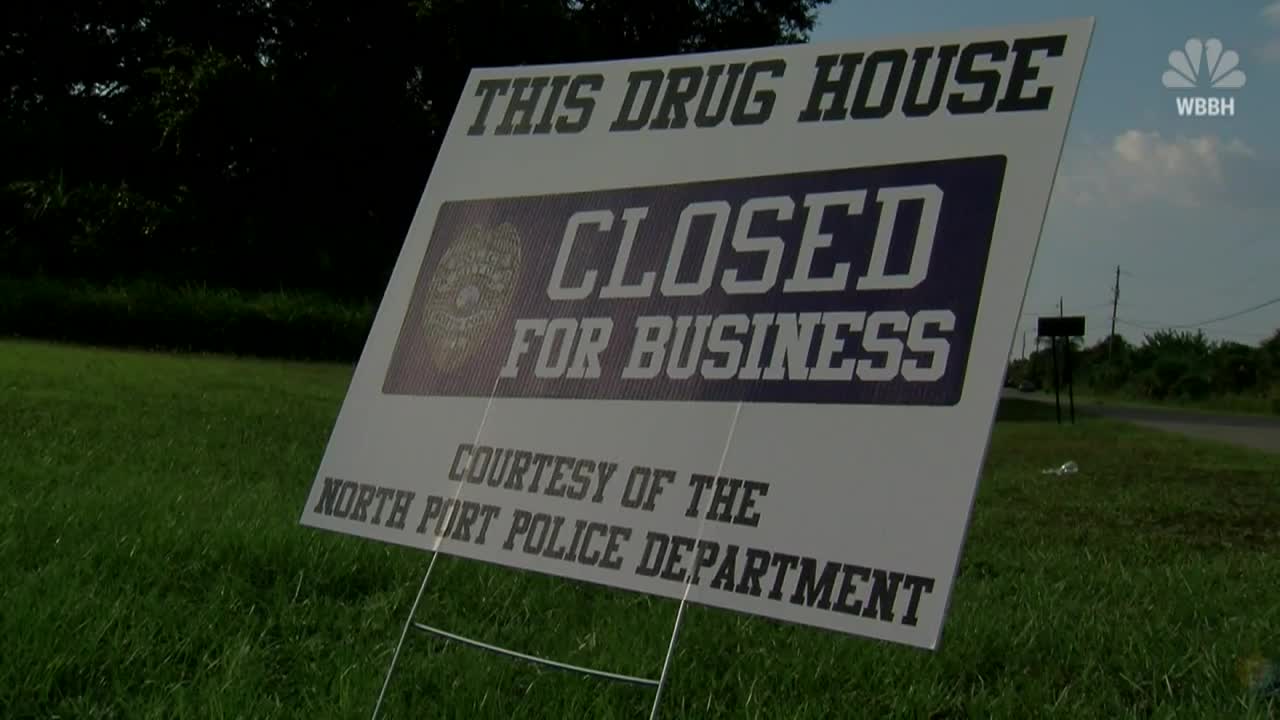 Police in North Port, Florida stick it to drug dealers with signs that say "drug house, closed for business. 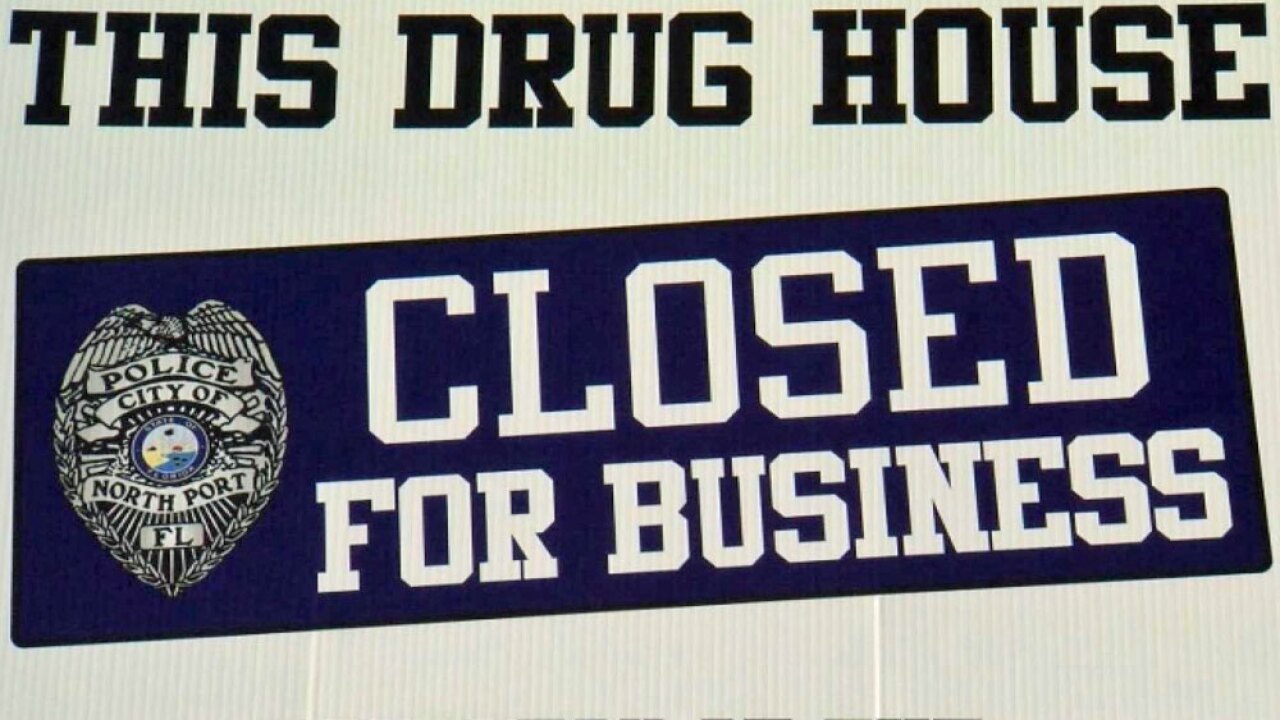 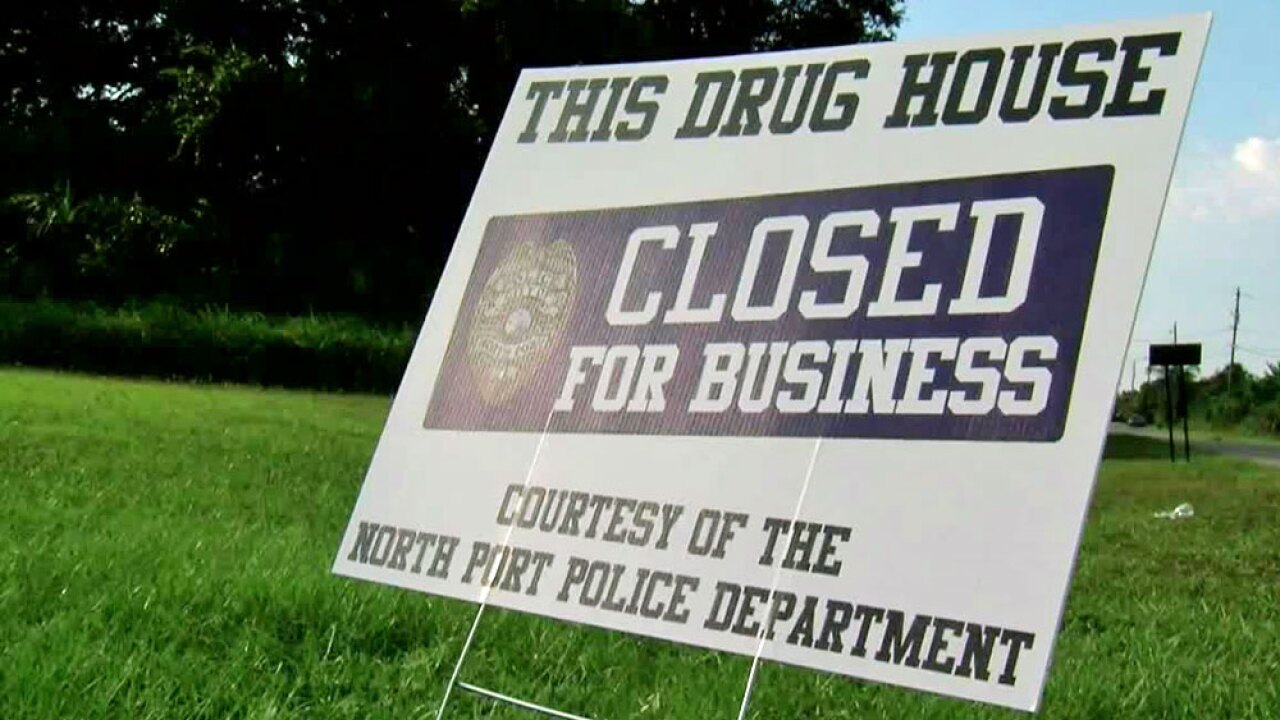 NORTH PORT, Fla.-- Sticking it to drug dealers, the North Port Police Department is now using signs that say “THIS DRUG HOUSE CLOSED FOR BUSINESS” after they make drug arrests.The first sign was placed on Tuesday on Waltrip Street.

"We try to let people know that what’s going on in their neighborhoods and that their police department is responsive, and this was a unique way of doing that," said Josh Taylor with North Port Police.

This drug investigation all started with a traffic stop on September 10 when police found Carlos Smith with cocaine and meth in a car he was riding in.

Through their investigation, police wound up on Waltrip Street, where they used a search warrant and found Tavarious Smith had cocaine inside the home.