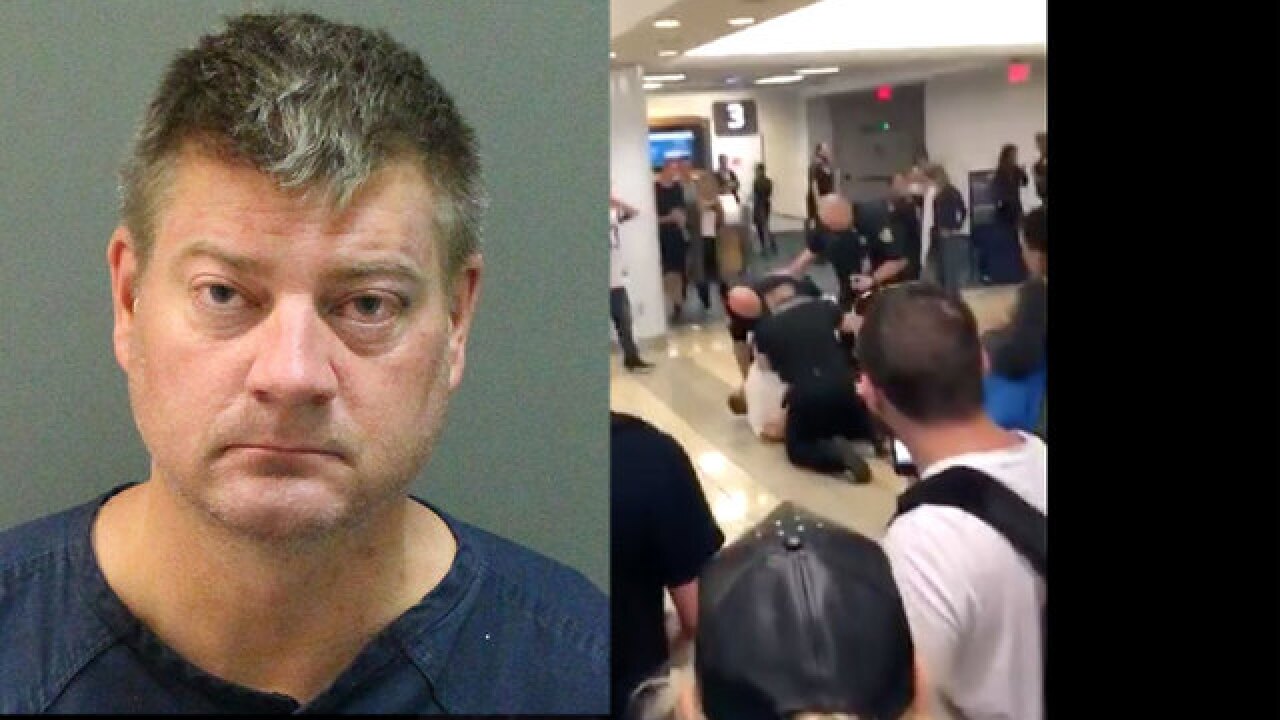 ORLANDO, Fla. (AP) — Authorities say an intoxicated Utah man was pepper-sprayed and arrested at a Florida airport after fighting with an airline employee and a police officer.

The Orlando Sentinel  reports that 45-year-old Brandon Strong was charged Sunday with battery on a law enforcement officer and several other counts.

Police say a JetBlue employee at Orlando International Airport told Strong he wouldn't be able to travel after watching the stumbling man harass a woman.

Officials say Strong was eventually handcuffed with the help of other travelers and a JetBlue supervisor.