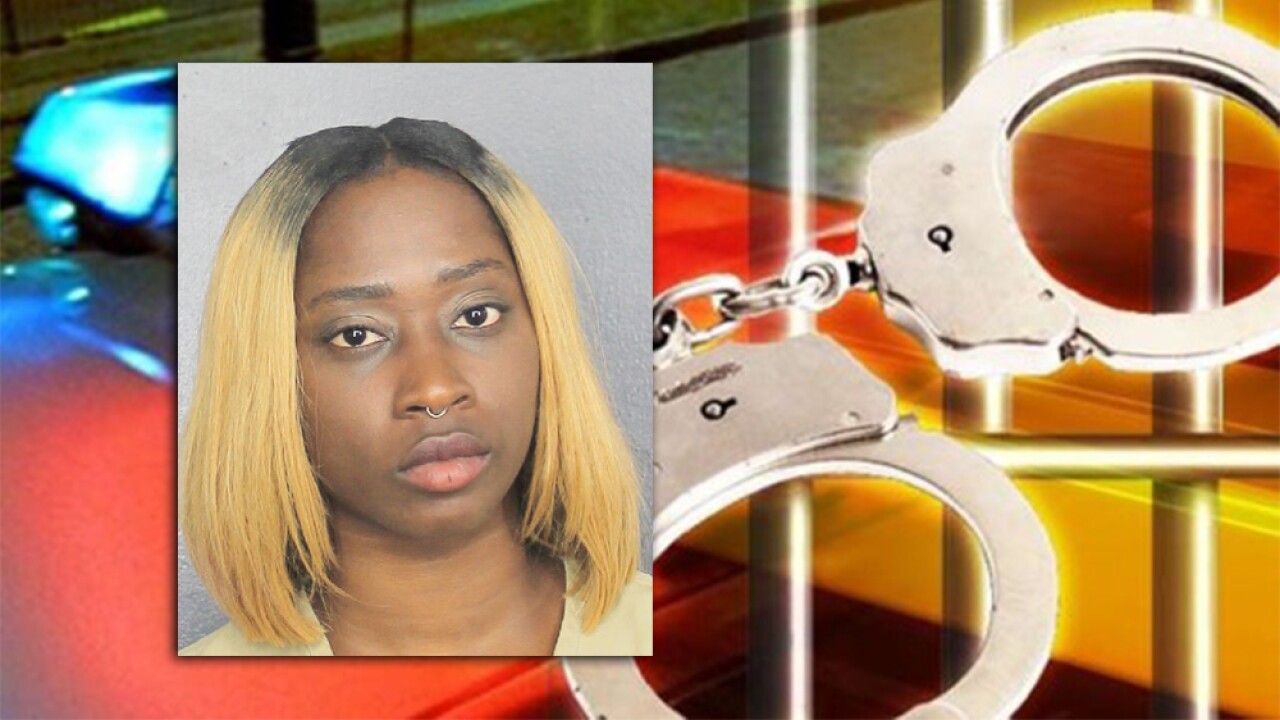 LAUDERHILL, Fla. — A Broward County mother is under arrest for child neglect, accused of leaving her 3-year-old daughter alone in a car for several hours while she worked at a strip club.

According to the Lauderhill Police Department, officers responded to the Vegas Cabaret around 2 a.m. on Wednesday after receiving a 911 call about a child crying and roaming around in the parking lot alone.

Police said the 3-year-old appeared confused and had no adult supervision.

The child led officers to a vehicle that was not running and had the back window cracked. In the back seat were toys and a car seat.

Police said that approximately 30 to 40 minutes later, 23-year-old Manouchika Daniels came out and said she was the mother of the child and owner of the car.

Investigators said Daniels left her daughter in the car around 11 p.m. while she worked inside the strip club. All told, the child was alone for nearly three hours in the middle of the night, according to police.

Daniels was arrested for child neglect and her bond was set at $5,000.

The 3-year-old is now in the care of Child Protective Services.