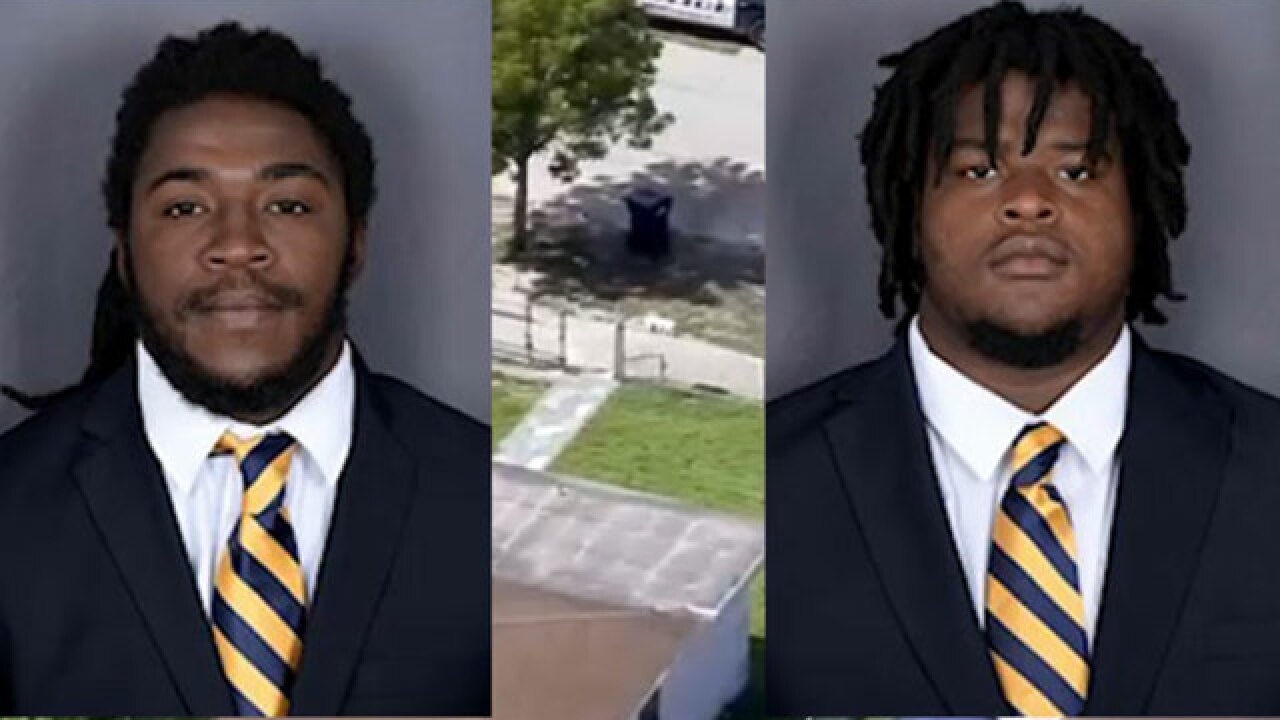 MIAMI (AP) — Two FIU football players were shot Thursday afternoon, and police said they were looking for who was responsible for what they called a drive-by attack.

Opa-locka, Florida, police chief James Dobson identified the players as running back Anthony Jones and offensive lineman Mershawn Miller. Jones was shot in the face and back, while Miller was shot in the arm. Both players were taken to Ryder Trauma Center, Jones getting airlifted there and Miller taken by ambulance.

Dobson said the condition of both players was stable, and that the injuries were not life-threatening. Police believe that Jones and Miller were visiting a friend in Opa-locka when someone in another car opened fire and sped away.

"When you hear the news that we received today, your heart drops," FIU coach Butch Davis said Thursday night. "We've been receiving encouraging reports on their conditions and our thoughts and prayers are with the families of Anthony Jones and Mershawn Miller during this time."

Jones — who was raised with Minnesota Vikings star Dalvin Cook — sat out last season with an injury. He returned to the lineup in a big way in FIU's opener, starting at running back and scoring two touchdowns in last weekend's 38-28 loss to Indiana. Miller is a redshirt freshman who appeared in the Indiana game as a reserve.

FIU is scheduled to play at Old Dominion on Saturday.