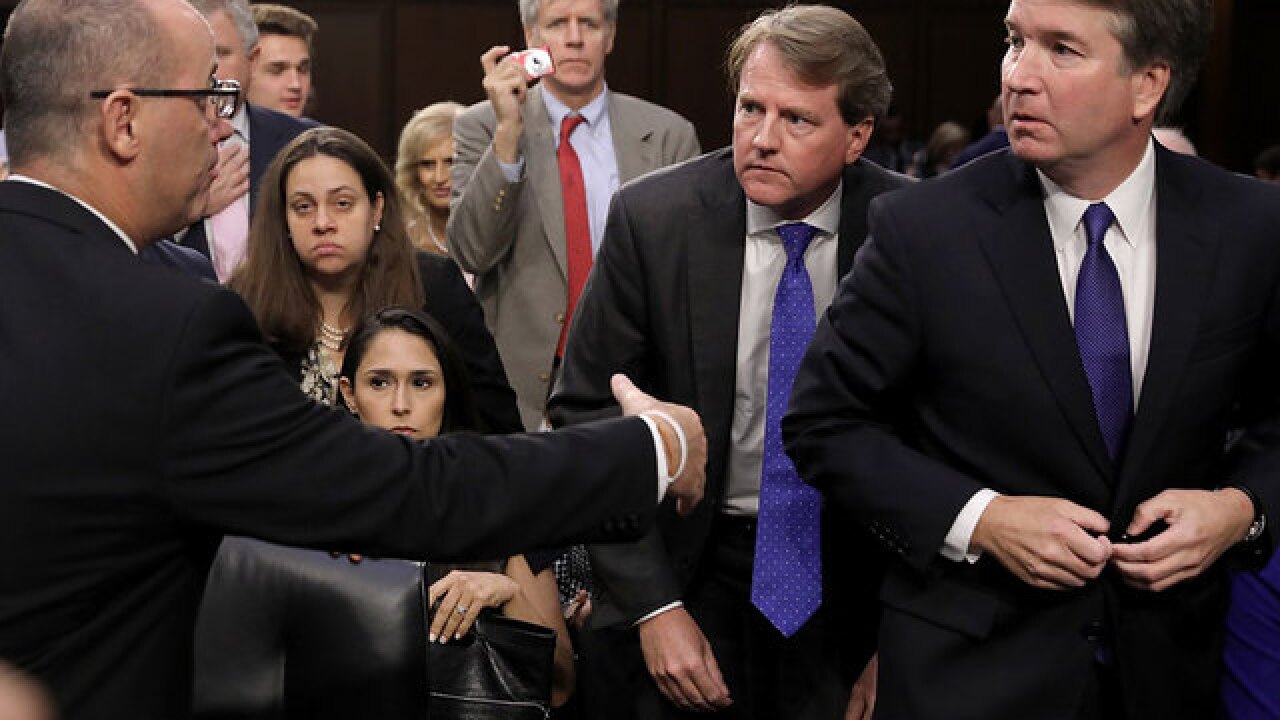 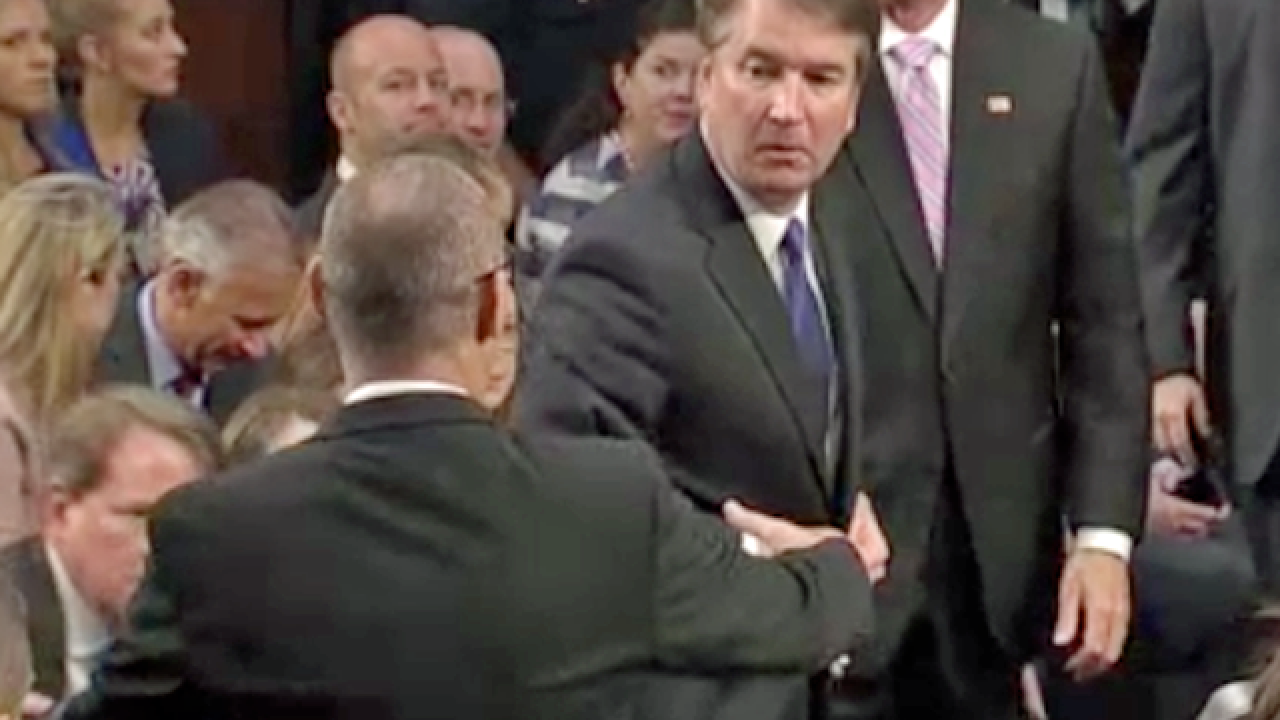 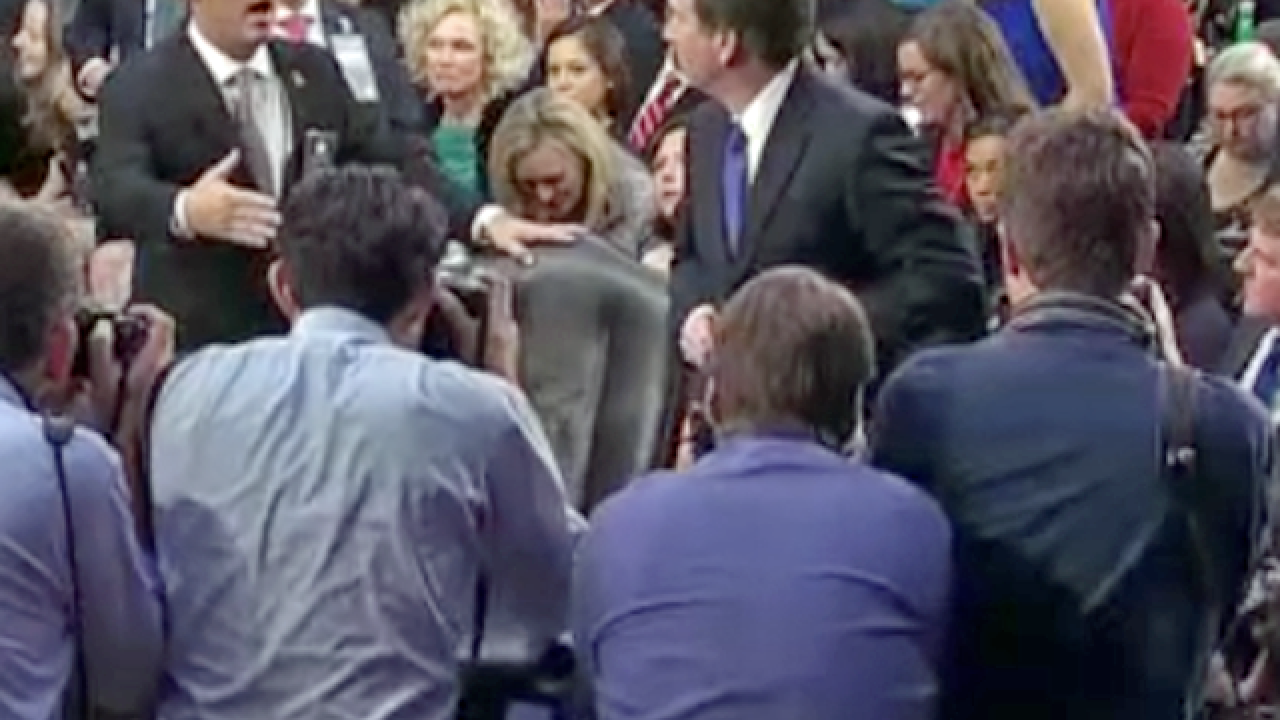 WASHINGTON (AP) —  A man whose daughter died in the school shooting in Parkland, Fla., tried to shake the hand of Supreme Court nominee Brett Kavanaugh during a break in Tuesday's confirmation hearing.

Fred Guttenberg, whose daughter Jamie died in the February 2018 attack, approached Kavanaugh after he rose from the witness table for a lunch break. He put out his hand to Kavanaugh, who paused for a moment before turning away as a security guard stepped in. Afterward, Guttenberg tweeted that Kavanaugh "did not want to deal with the reality of gun violence."

Fred Guttenberg, the father of Jamie Guttenberg who was killed in the shooting in Parkland, Fla., left, tries to shake hands with @realDonaldTrump's Supreme Court nom., Brett Kavanaugh, right, during a lunch break. Kavanaugh did not shake his hand. (AP Photo/Andrew Harnik) @appic.twitter.com/smcCGuLT6X

After the encounter, Capitol Police talked with Guttenberg. He was again sitting in the hearing room for the afternoon session.

Just walked up to Judge Kavanaugh as morning session ended. Put out my hand to introduce myself as Jaime Guttenberg's dad. He pulled his hand back, turned his back to me and walked away. I guess he did not want to deal with the reality of gun violence.