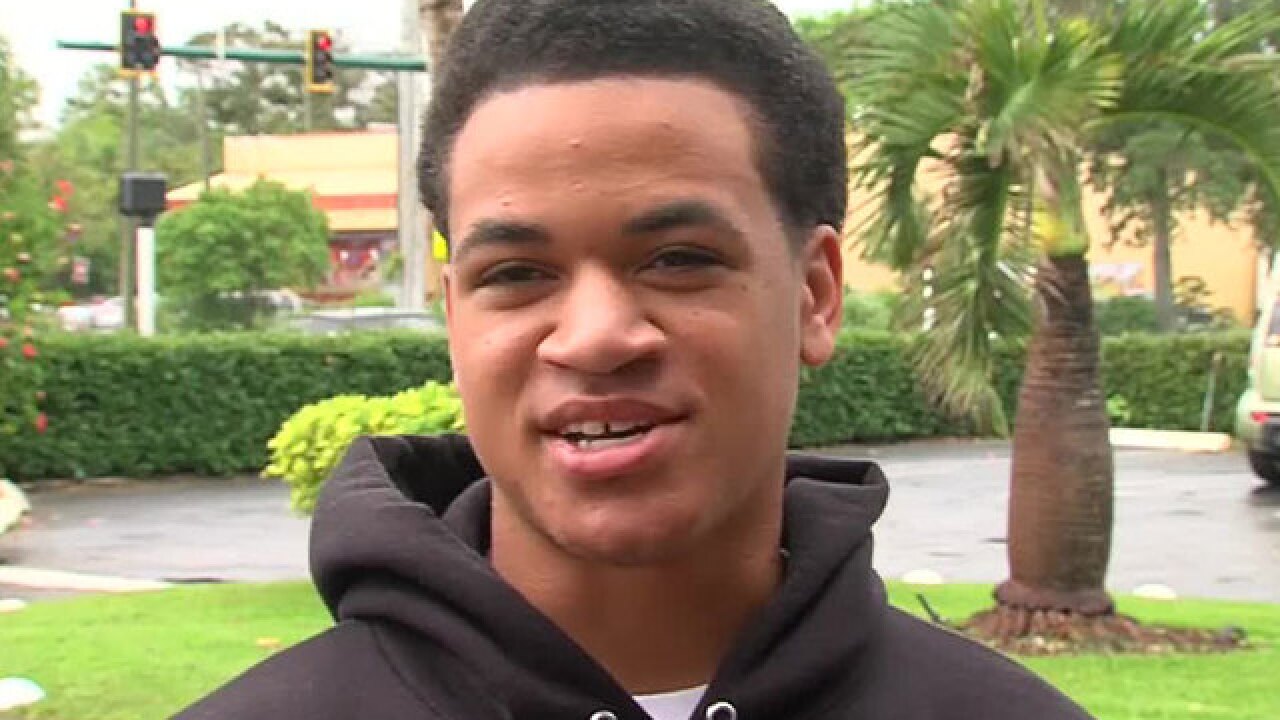 Copyright 2018 Scripps Media, Inc. All rights reserved. This material may not be published, broadcast, rewritten, or redistributed.
&lt;p&gt;Zachary Cruz&lt;/p&gt;

FORT LAUDERDALE, Fla. (AP) — The younger brother of the Florida school shooting suspect launched an anti-bullying campaign Thursday, saying he witnessed mistreatment of Nikolas Cruz that may have been a key factor in the Feb. 14 massacre at Marjory Stoneman Douglas High School.

Zachary Cruz, 18, said the initiative will set up anti-bullying student chapters at schools across the country, create a 24-hour national telephone hotline for bullying victims to call for help and provide sustained attention to the problem. Nexus Services, the Virginia company that provided Zachary Cruz with a job and living quarters after his own scrape with the law, is sponsoring the effort.

The WIN initiative — "We Isolate No One" — was unveiled at a news conference at the National Press Club in Washington.

"I cannot sit by and watch another tragedy happen," Cruz told reporters. "At the end of the day, bullying and isolation is a national crisis. Kids are dying. The kids know. Since we know, it's our responsibility to make changes."

Zachary Cruz has said that he bullied his brother and others did so as well. Nikolas Cruz, 19, is charged with 17 counts of murder and 17 counts of attempted murder in the Stoneman Douglas shooting. His lawyers say he would plead guilty if guaranteed a life prison sentence, but prosecutors have not agreed to waive the death penalty.

In cellphone videos prosecutors say were recorded by Nikolas Cruz before the shooting, he makes reference to being bullied and ostracized during much of his life.

Zachary Cruz said he had no apologies to make for his brother's actions. But he said Nikolas is not alone.

"Our schools all over the country have ticking time bombs," he said.

The initiative is a marked shift in the life of Zachary Cruz, who in March was arrested for trespassing on a skateboard at the Parkland, Florida, high school and was placed on six months' probation after pleading no contest. Prosecutors said at the time that Zachary Cruz had "red flags" similar to his brother's in terms of behavioral problems that might lead him down a criminal path or worse.

After Zachary Cruz's probation was revoked when he drove his deceased mother's car without a license, Nexus Services stepped in with the job offer and housing, along with counseling and other services, at their property in Staunton, Virginia. Nexus Services specializes in helping people adjust after prison or treatment for mental problems or addiction, as well as free legal services and assistance in immigration matters, including paying bail if immigrants agree to use the company's electronic ankle monitors.

It's not entirely clear why Nexus decided to back this particular anti-bullying initiative, although a company press release says its intent it to "create much-needed awareness for an issue that is all-too-often spoken about in embarrassed and hushed tones." Nexus CEO Mike Donovan said his company would provide up to $1.2 million in initial funding and that the first school anti-bullying chapters were like to start in Florida, Virginia and Maryland.

"Sometimes from horrific tragedies come solutions. I want to be a part of it," Donovan said.

Zachary Cruz's job as a maintenance technician at Nexus pays $13 an hour and he still faces a host of probation restrictions including no possession of weapons or ammunition, no drug or alcohol use and no visits to any school unless he is enrolled there. He recently posted a photo on social media of himself driving a car in Virginia after obtaining a driver's license.