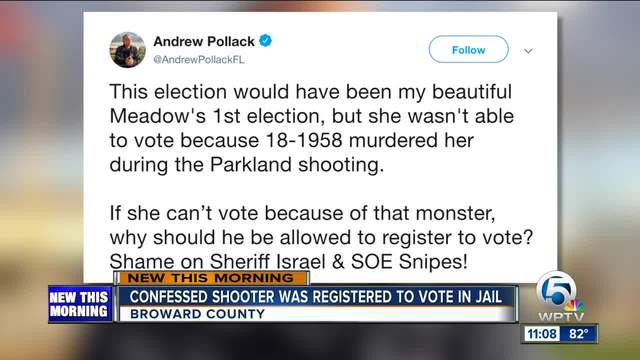 The man accused of gunning down 17 people at a Florida high school registered to vote while behind bars awaiting trial. 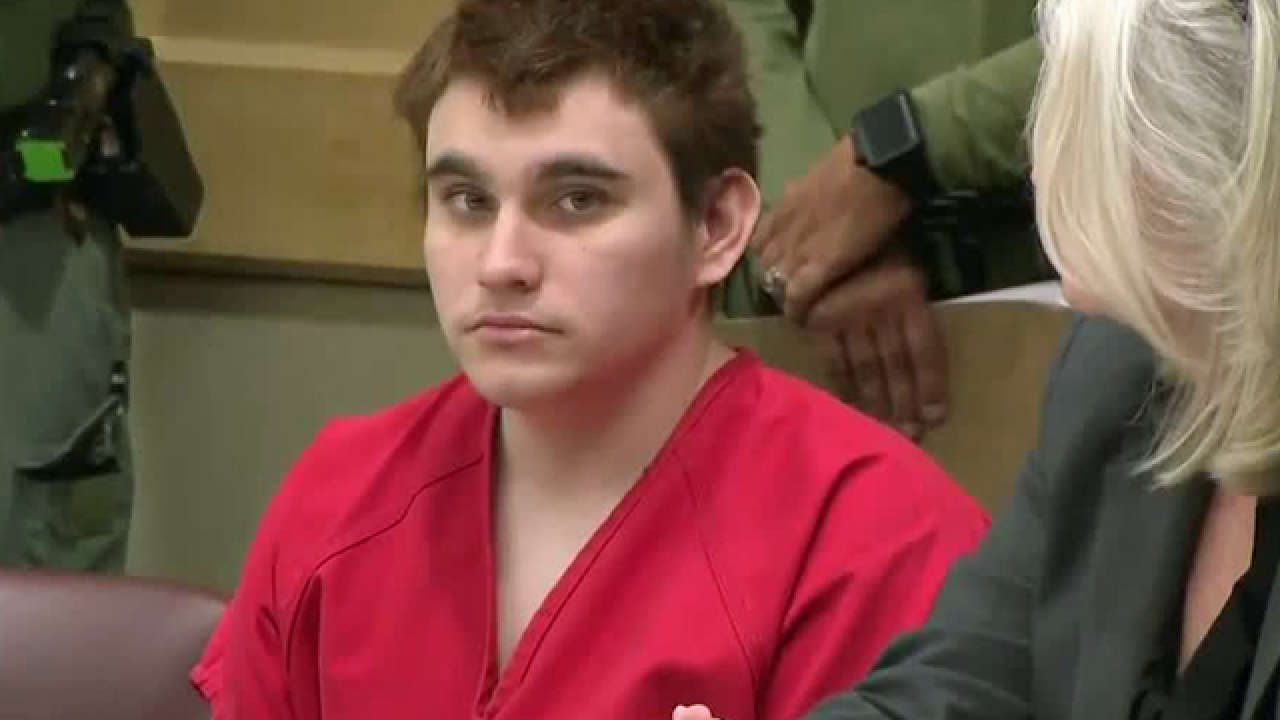 FORT LAUDERDALE, Fla. (AP) — The man accused of gunning down 17 people at a Florida high school registered to vote while behind bars awaiting trial.

The SunSentinel reports Nikolas Cruz registered as a Republican on July 25. He's charged with 17 counts of first-degree murder and 17 counts of attempted murder for the Valentine's Day massacre at Marjory Stoneman Douglas High School in Parkland.

Andrew Pollack, the father of a victim, tweeted Saturday that he's "sick to his stomach" Cruz was allowed to register in jail and criticized Broward Sheriff Scott Israel for allowing it. But Cruz hasn't been convicted of a crime and was eligible to vote this year.

Sheriff's spokeswoman Veda Coleman-Wright says the supervisor of elections controls the process. Once inmates are registered, absentee ballots are mailed to them in jail.

I'm sick to my stomach. 18-1958 murdered 17 students & staff, including my daughter Meadow. Yet in July, Broward Sheriff @ScottJIsrael let people into the jail to get him & other animals registered to vote.The Despicable Democrats have no shame.Can't let them steal this election. pic.twitter.com/qWisidEpek