Parkland defendant's attorneys to remain on case for now 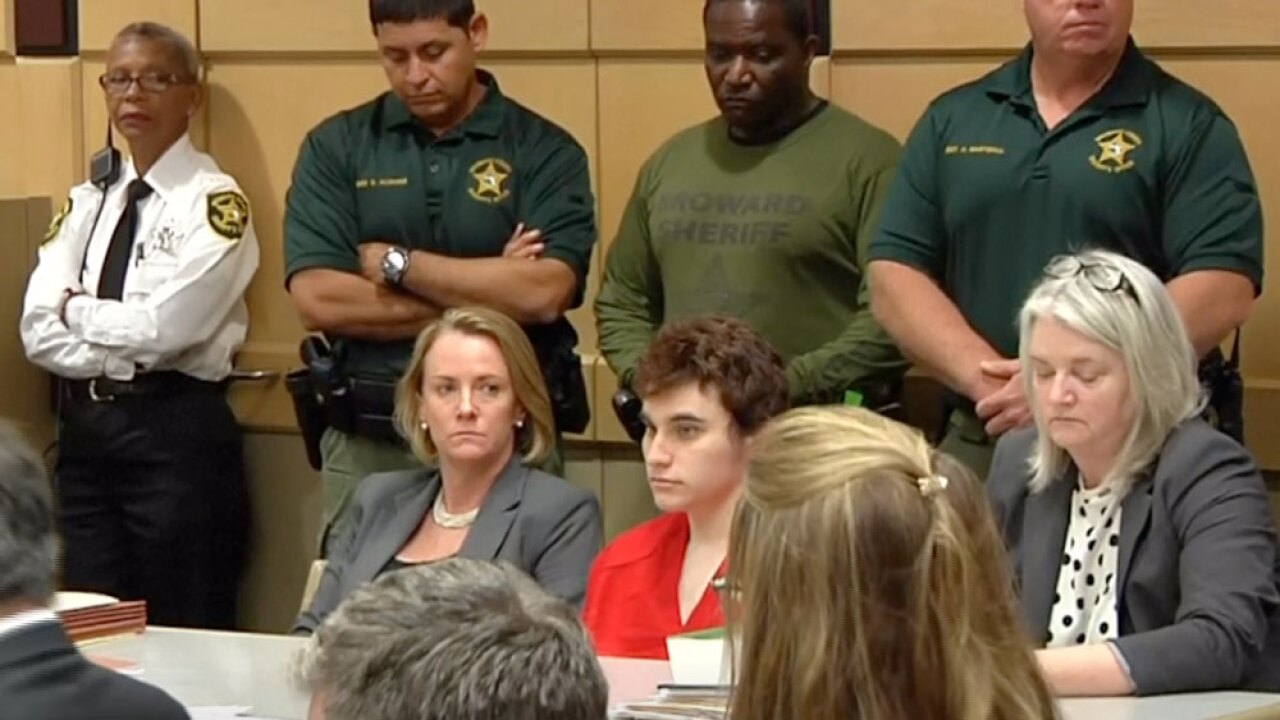 FORT LAUDERDALE, Fla. (AP) — A judge ordered the public defenders representing the former student charged with the Parkland high school massacre to stay on his case while she determines if he remains indigent.

Judge Elizabeth Scherer ordered Broward County public defenders on Wednesday to keep representing Nikolas Cruz while she determines if he'll collect $432,000 from his late mother's annuity. His attorneys argued he is no longer poor enough to be represented by them.

Prosecutors and victims' families opposed their removal, saying Cruz will lose any money as a result of the civil lawsuits he faces.

Cruz is charged with killing 17 and wounding 17 at Marjory Stoneman Douglas High School in February 2018.

He's pleaded not guilty but his attorneys said he would plead guilty for a life sentence. Prosecutors want the death penalty.