Parkland dad to Bernie Sanders over past gun views: 'Your votes and what you've done are still there' 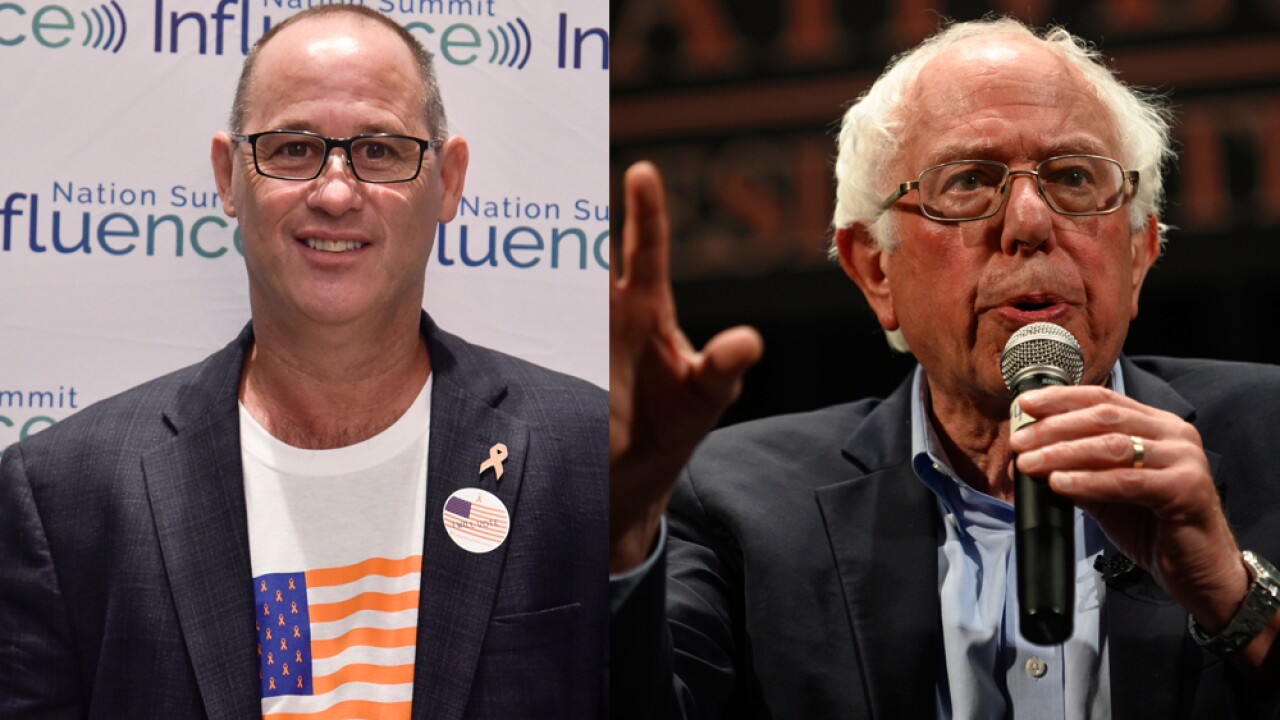 (CNN) -- Fred Guttenberg doesn't have a candidate in the 2020 Democratic primary race -- he has a cause. Her name is Jaime.

Since that day, Guttenberg's mission has been to push for stricter gun and ammunition laws. And he is not afraid to call out anyone who gets in the way -- even if that happens to be a top presidential candidate, such as Sen. Bernie Sanders of Vermont, who has faced criticism over previous votes on gun legislation.

Earlier this month, Sanders responded to the mass shooting at an El Paso, Texas, Walmart, speaking about the fear that Americans live with, the death toll and calling for increased restrictions on guns. The senator also referred to the 2017 Las Vegas shooter as a "lunatic," saying, "All over the world people are looking at the United States and wondering what is going on, what is the mental health situation in America, where time after time after time we're seeing indescribable horrors."

"Shame on you," Guttenberg wrote. "This is a gun issue, to use the gun lobby talking points on this only discredits you as a presidential option."

Shame on you @SenSanders for these comments. This is a gun issue, to use the gun lobby talking points on this only discredits you as a Presidential option following this weekend. https://t.co/onQ12duuNq

Guttenberg's tweet faced a rash of backlash from Sanders supporters who said he took the line out of context. But in an interview with CNN, Guttenberg reiterated his position that mental health and gun violence should be separate topics.

"I do agree we as a country need to deal with a broken mental health system. But when we have gun violence, we need to be really specific," Guttenberg said. "There is only one factor in gun violence that matters," he continued, "and that is access to guns."

He added that among the Democratic candidates for president, Sanders' track record on guns needs some explaining.

Sanders, one of the most progressive voices in Washington, has long been criticized for his votes on two key pieces of gun legislation. In the early 1990s, Sanders, representing Vermont in the House, sided with the gun lobby and voted against the Brady Handgun Violence Prevention Act. Known as the Brady bill, it became law in 1994 and included tougher background check provisions and a waiting period for gun purchases. More than a decade later, in 2005, Sanders voted to protect gun manufacturers from being sued by victims of gun violence with the Protection of Lawful Commerce in Arms Act.

Sanders has backtracked on the latter, now co-sponsoring a bill to repeal the commerce act he helped pass.

"The world has changed and responsibilities have changed," he said last week at a Moms Demand Action for Gun Sense in America town hall in Des Moines, Iowa, earlier this month.

He has also voted in favor of multiple pieces of legislation that tighten restrictions on guns, including voting for instant background checks and to ban certain semi-automatic weapons. Additionally, on the 2020 campaign trail, he has urged the Senate to pass what he calls "common-sense gun safety legislation."

When asked for comment by CNN, the Sanders campaign pointed out that the senator has consistently supported an assault weapons ban, and after the mass shooting in Dayton, Ohio, earlier this month, he posted a lengthy statement on Medium. In the post, Sanders referred to the Dayton and El Paso shootings as terrorist acts and called on Senate Majority Leader Mitch McConnell to immediately call the Senate back into session to pass gun safety legislation, including banning the manufacture, sale and transfer of assault weapons, and requiring background checks for all gun sales.

Robert Spitzer, a political science professor at the State University of New York, says the progressive movement in today's Democratic Party may have a hard time understanding Sanders' voting record on guns.

"Within the confines of the relatively few votes that have been held on the gun issue at all ... (Sanders' record) stands out as an anomaly," Spitzer, who has written extensively on the intersection of guns and politics in the United States, told CNN.

Spitzer says Sanders' D- grade from the National Rifle Association isn't low enough for some Democrats, and he believes that gun issues will hold greater importance in the 2020 race. He pointed to the 2018 midterm elections.

"(A) lot of candidates ran on the gun issue at least in part and were elected on a gun safety agenda," he said.

Guttenberg says he believes Sanders has come a long way, and that it's clear the senator is a proponent of taking action against gun violence.

But he still wants Sanders to be held accountable.

Guttenberg said Sanders' vote on protecting gun manufacturers from lawsuits has had lasting effects that could prevent him for seeking justice for his murdered daughter.

Last year, Guttenberg filed suit against American Outdoor Brands, the gun manufacturer that made the assault-style rifle used in the Parkland shooting. If he loses, he may be required to pay the gun manufacturer's attorney fees, and he says he could even be responsible for loss of wages if the company's value drops.

Sanders, Guttenberg says, should have known better than to vote for the Protection of Lawful Commerce in Arms Act.

"Unfortunately, I, as a gun violence victim, am still paying a cost for his decision on PLCAA. That doesn't go away," he said.

In the meantime, Guttenberg is working to pass legislation that would require background checks for ammunition purchases.

It would be named for his daughter: Jaime's Law.