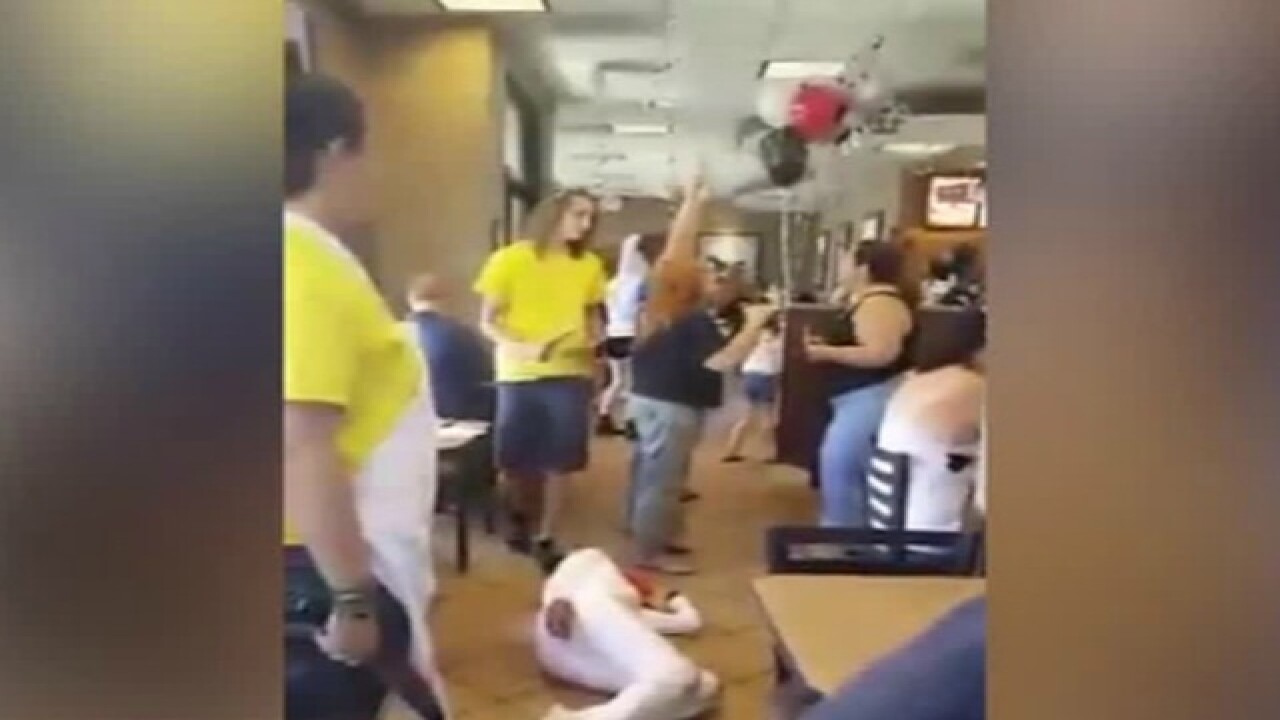 A group of parents in Florida are upset about what their children had to see Tuesday while enjoying what was meant to be a quiet lunch at a Chick-fil-A.

Tina Leacock says she was with a group of kids and other parents when they watched a group of people dressed as chickens and cows come into the restaurant location in Pinellas Park, Fla. One of the persons was armed with a fake knife.

She says that person pretended to slash those animals throats as they fell to the ground, pretending to be dead.

Leacock and other parents recorded the encounter on cellphone video, as parents urged them to leave, telling them kids were present.

Kayla Leaming, one of the organizers of the protest with the group Direct Action Everywhere, says the protest was meant to be peaceful and only show the reality of what it takes to eat animals.

“I don’t think that telling the truth to children is bad,” she said. “If they knew this they wouldn’t consume animals.”

She and the other protesters, including her own children, left before police arrived.

No one filed a criminal report, so police are not investigating the incident.

Leacock understands the right to speak freely, but doesn’t think this was the appropriate way to show their cause.