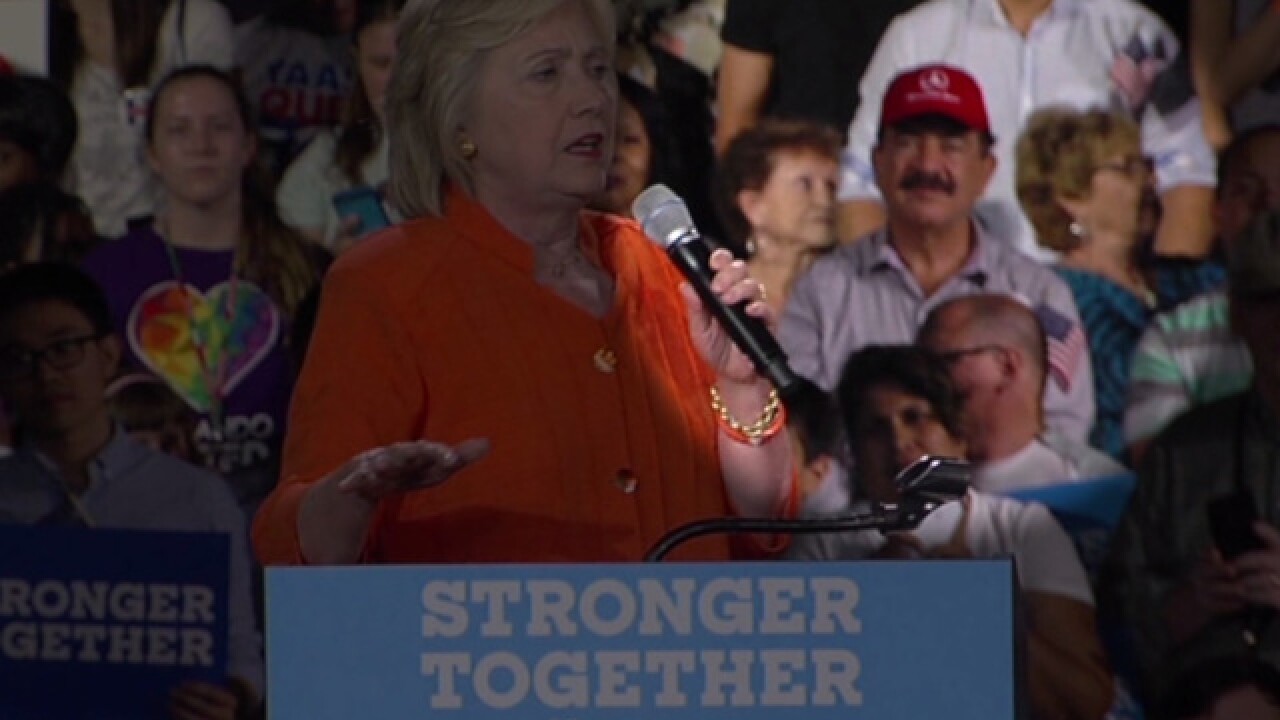 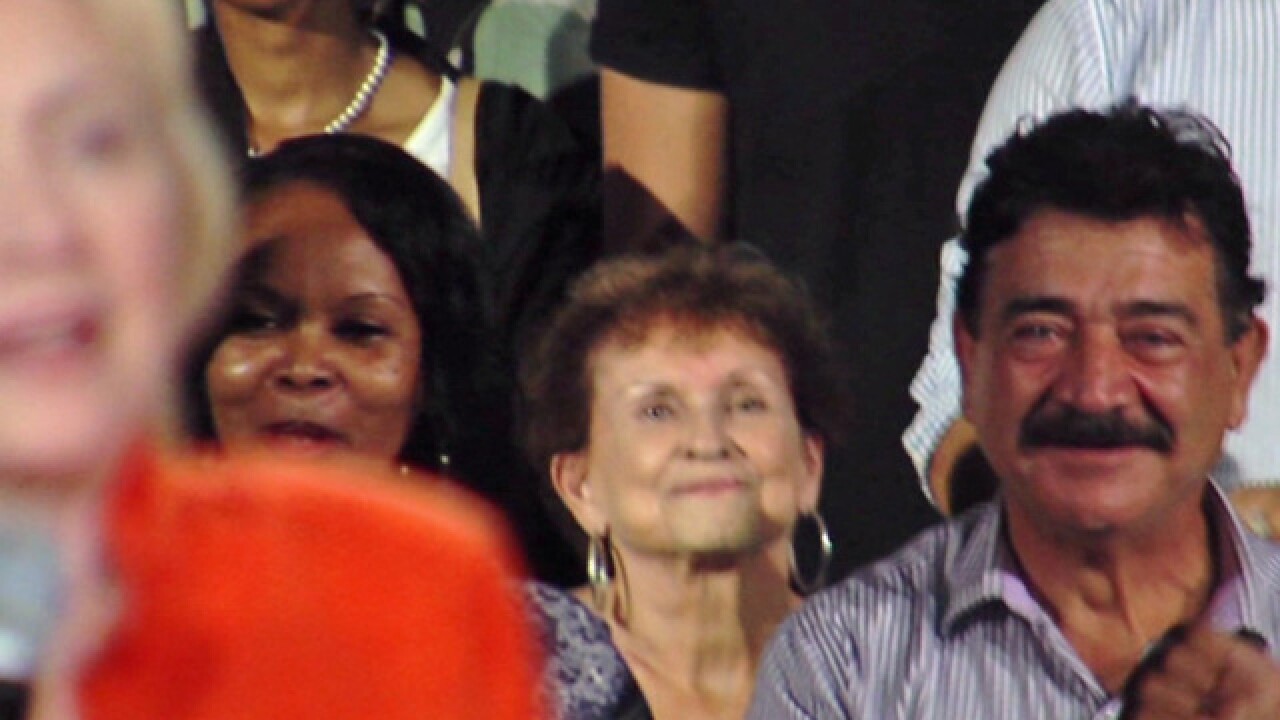 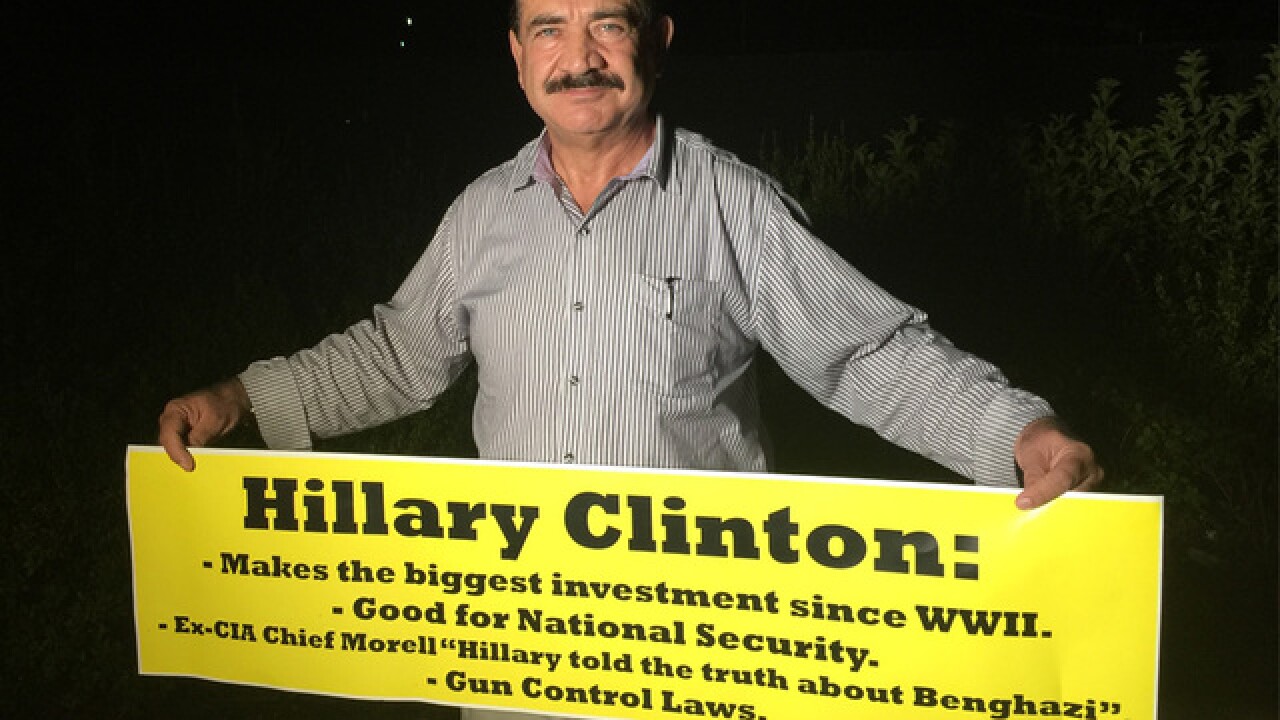 Hillary Clinton spoke to a crowd in Kissimmee, just south of Orlando.  She was supposed to be talking jobs, but started the speech off paying tribute to those affected by the Pulse Nightclub shooting.

"I know how many people, families, loved ones, and friends are still grieving, and we will be with you as you rebuild your lives."

WPTV happened to notice the man, who has a mustache and was wearing a red hat, behind Clinton. It was Seddique Mateen, the father of Orlando mass shooter Omar Mateen.

Watch the story below:

NewsChannel 5 asked Mateen what he was thinking about when Clinton spoke about the Orlando incident.

"We've been cooperating with the federal government, and that's about it," he said. "Thank you."  Mateen didn't want to answer any other questions, but just hours later, we ran into him by chance at a rest stop on the way back to West Palm Beach.  He wanted to do an interview and show us a sign he made for Clinton.

"Hillary Clinton is good for United States versus Donald Trump, who has no solutions," he said.

We asked what went into his decision to go to the event right near Orlando, where the Pulse Nightclub shooting happened.

"I spoke a lot about that and wish that my son joined the Army and fought ISIS. That would be much better," he said.

When questioned whether Clinton's campaign knew he was going to the event and sitting directly behind the presidential candidate, Mateen said, " It's a Democratic party, so everyone can join."

Finally we asked if he thought some people would be surprised to see him there, especially given the proximity to Orlando.

"Why they should be surprised?  I love the United States, and I've been living here a long time," Mateen said.

An official with the Clinton campaign said, "The rally was a 3,000-person, open-door event for the public. This individual wasn't invited as a guest and the campaign was unaware of his attendance until after the event."

More than 24 hours after the event, Clinton distanced herself from Mateen with a statement from campaign spokesman Nick Merrill, "She disagrees with his views and disavows his support."

Clinton campaign statement part I: "This rally was a 3,000-person, open-door event for the public. This individual wasn't invited as a guest

Part II: and the campaign was unaware of his attendance until after the event.