The starting salaries for teachers in Florida are going up. 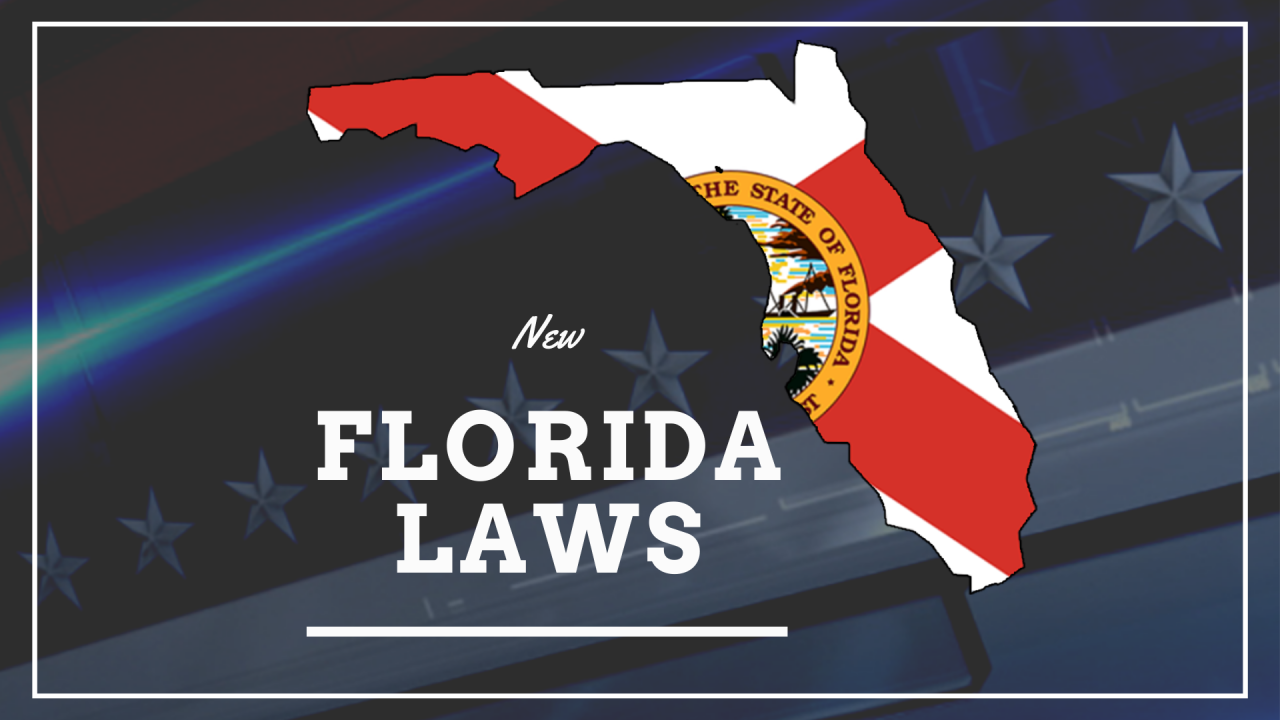 On July 1, some of Florida’s newest laws will come into effect. We don’t blame you if you forgot. After several months of fighting a pandemic, this year’s legislative session feels like it wrapped up decades ago.

Quick recap — lawmakers filed about 3,500 bills. They passed 191. Here’s a few of the biggest ones that take effect on July 1:

The bill is designed to protect children from abuse in the state's welfare system by reducing the workload for caseworkers; meaning the maximum caseload would be no more than 15 children, if possible. The bill also requires caseworkers to receive training developed on the recognition of and response to head trauma and brain injury in children under six years old. Additionally, caseworkers and law enforcement would share data collected more optimally to help children stay away from violent caregivers.

State sets aside $400 million to raise the minimum base pay for full-time classroom teachers to at least $47,500. Another $100 million will be used to raise the salaries of Florida’s veteran teachers and other instructional personnel who did not receive a salary increase or who received an increase of less than two percent.

CS/CS/SB 404 - PARENTAL CONSENT
Girls under 18 will need a parent's consent before having an abortion. Previous law only required minors to inform a parent or legal guardian of their decision.

The bill standardizes how Holocaust education is to be taught in Florida public schools by adding “policy, definition, examples, and prevention of anti-Semitism.” Districts must annually certify requirements are being met. The legislation also directs a task force to find ways to incorporate the history of the 1920 Ocoee Election Day Riots into school curriculums. Its recommendations are due to the Commissioner of Education and the State Board of Education by March 1, 2021.

The legislation aims to crack down on the abuse of emotional support animal certifications. It allows housing providers to prohibit use in situations where the animal poses a direct threat to the safety, health, or property of others. Property owners can also request written proof of the support animal’s certification from federal, state, and local government agencies or specified health care providers.

Requires each public school that’s a member of the Florida High School Athletic Association (FHSAA) monitor heat stress and ensure cooling zones are available. An automated external defibrillator (AED) must also be available on school grounds for each athletic contest and practice— including those outside of the school year. In addition, starting June 1, 2021, an AED-trained school employee or volunteer must be present at each athletic event during and outside of the school year.

Creates new protections for incarcerated pregnant women when placed in housing separate from the general population. Requires corrections staff draft a report on why the housing was needed and whether medial staff objected. Calls for medical checkups every 24 hours and hourly observation by staff.

The bill creates regulations governing the operation of e-bikes in the state of Florida, allowing them on streets, highways, roadways, shoulders, bicycle lanes, and bicycle or multiuse paths. Local governments still maintain authority to limit their use.

Legislation preempting local government’s ability to ban the sale of over-the-counter proprietary drugs and cosmetics, which include sunscreen. Comes after Key West limited the sale of certain types of sunscreen fearing it was destroying coral reefs in the area.

Penalties increase for taking or possessing a freshly killed bear during the closed season. Those in violation face a first-degree misdemeanor for the first offense and forfeit any other Fish and Wildlife Conservation Commission (FWC) license or permit for three years. A subsequent offense leads to permanent ineligibility of any future FWC license or permit. A person who possesses for sale or sells an illegally-taken bear commits a third-degree felony.

Creates teams in each of the state’s judicial districts to review closed cases of elder fatalities caused by abuse or neglect. After reviews, teams will make policy recommendations to help prevent future abuse-related fatalities.

Creates a drug donation repository and distribution program for unused medication in the state. Bill changes current law requiring the destruction of many drugs despite being unopened and safe for use.

Fish and Wildlife Conservation Commission or Florida Forest Service can use drones to manage or eradicate invasive exotic plants or animals on public lands. Also to suppress or mitigating wildfire threats