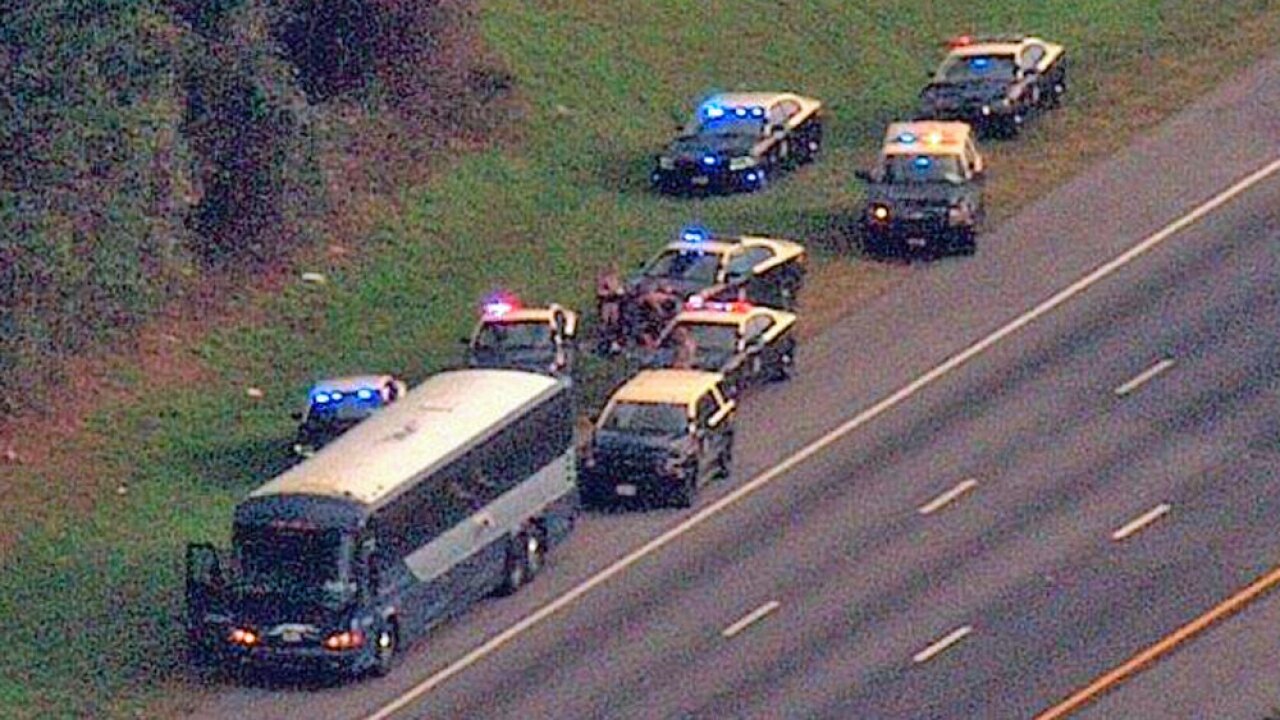 FHP Gainesville
A murder suspect was arrested as he rode a Greyhound bus on a Florida highway, officials said Friday.

GAINESVILLE, Fla. (AP) -- A murder suspect was arrested as he rode a Greyhound bus on a Florida highway, officials said Friday.

WKMG-TV reports the Florida Highway Patrol received a request from the St. Petersburg Police Department to be on the lookout for the bus that was traveling north on Interstate 75.

Police believed a bus passenger was wanted for murder.

Troopers stopped the bus on Thursday south of Gainesville, boarded it and said Kristoff King's name. King surrendered to authorities without incident.

News outlets said King is accused of beating a man who was found dead in a St. Petersburg shopping center parking lot Tuesday.