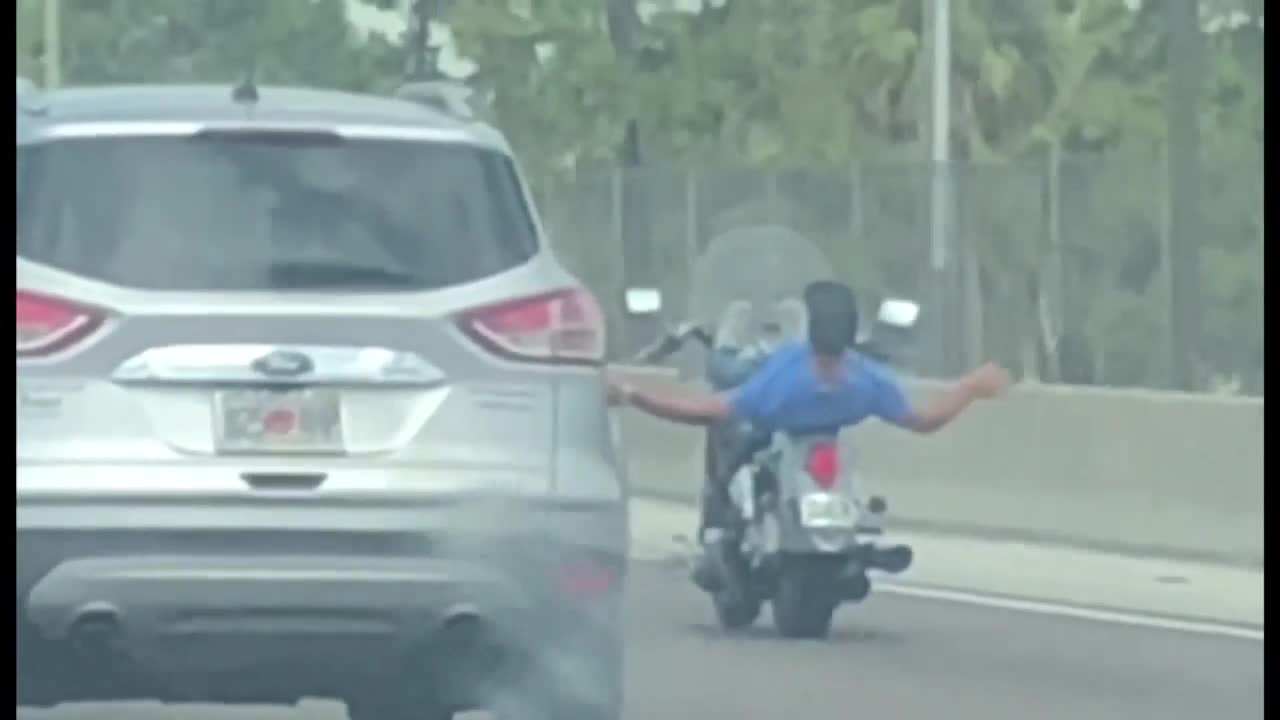 A motorcyclist gave one family quite the scare this weekend when he decided to kick back for a minute and cruise down Interstate 4 with no hands. 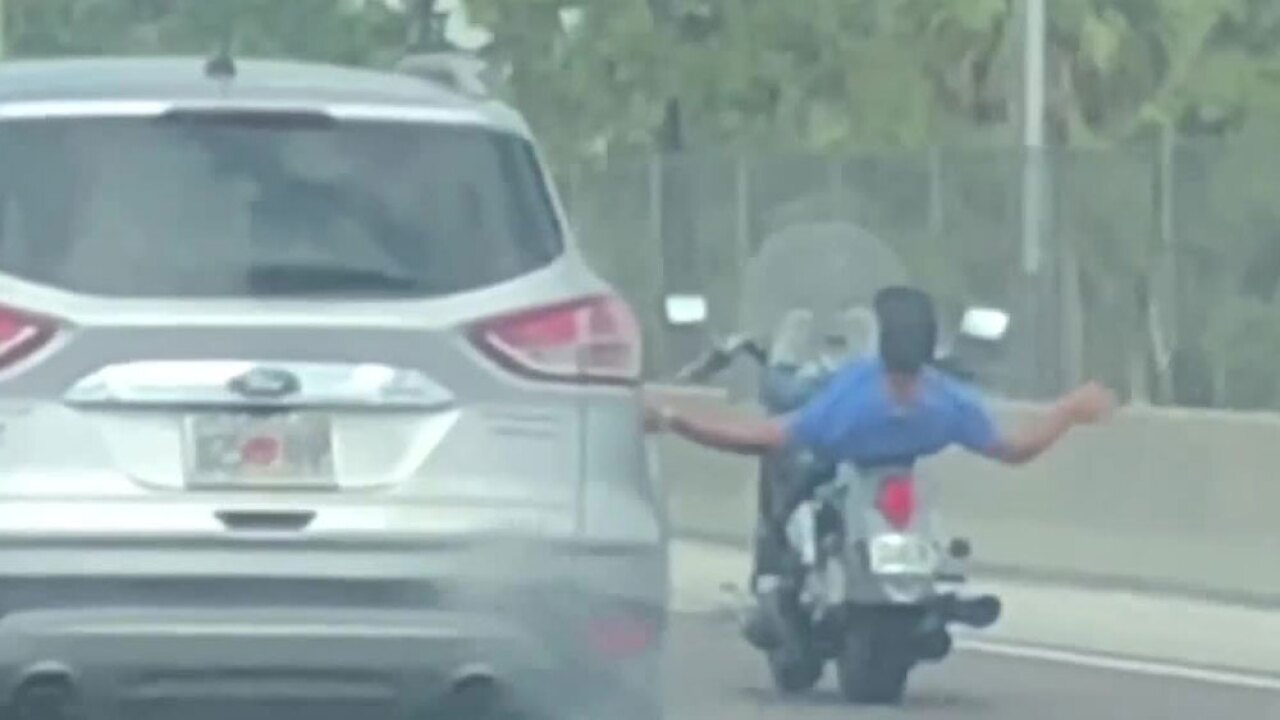 NEAR PLANT CITY, Fla.- Eric Medeiros-Rice was heading home from Disney World Saturday when he looked up and noticed a motorcycle weaving between cars on I-4 near Plant City.

"And suddenly he decides to lift his legs up and lay back lay his neck back and do a little stunt," Medeiros-Rice said.

Eric quickly reached for his phone as the guy did it again. And then again at least one more time before eventually darting off.

"He could have hurt someone else or killed somebody else its very reckless," Medeiros-Rice said.

Florida Highway Patrol has worked an average of 65 motorcycle wrecks a month across the Bay area in 2019 just slightly higher than the 2018 average. 18 people have died.

Eric hopes to not give Saturday's stuntman attention, but instead, get his attention. "Grow up you're going to hurt somebody if you don't stop," he said.

Eric said he wasn't able to get the license plate, otherwise says he would have reported it to police.