Most beaches, parks in Florida Keys to close for Fourth of July weekend 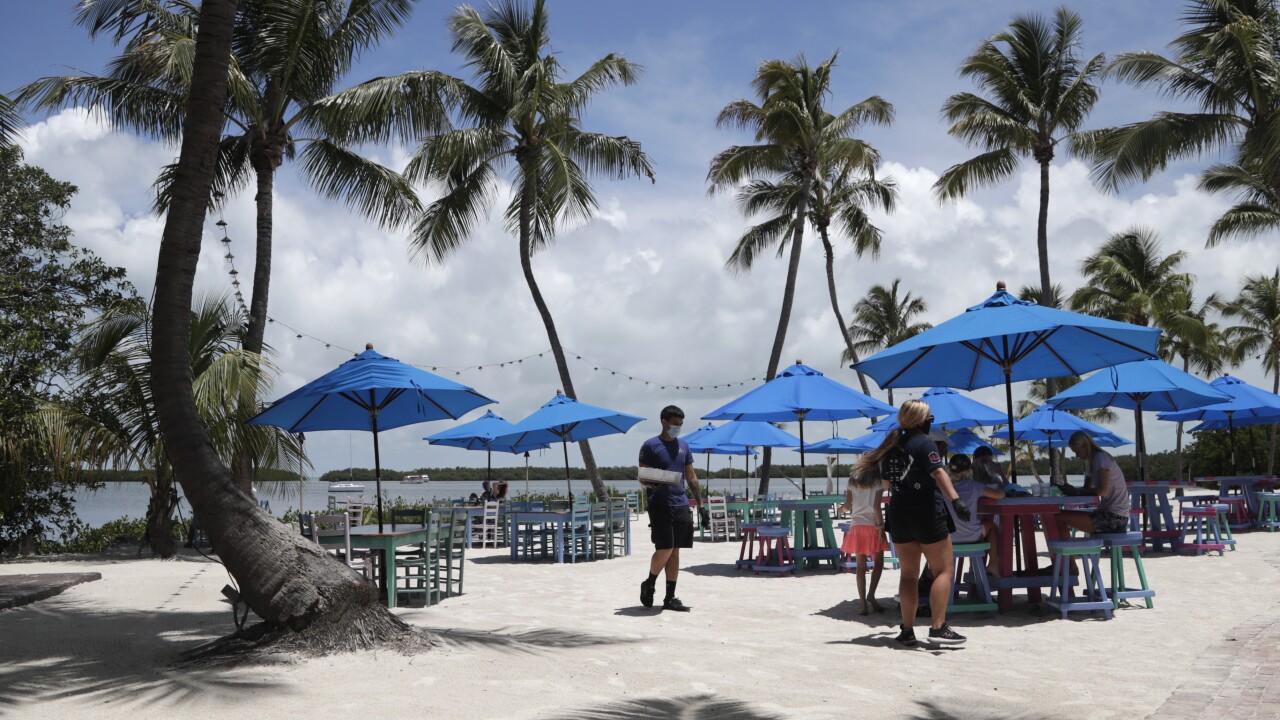 (Copyright 2020 The Associated Press. All rights reserved. This material may not be published, broadcast, rewritten or redistributed.)
Lynne Sladky/AP
Charles Perez, center, waits on tables at the Morada Bay Beach Cafe in Islamorada, in the Florida Keys, during the new coronavirus pandemic, Monday, June 1, 2020.

KEY WEST, Fla. — Vacationers may want to think twice about headed to the Florida Keys this Fourth of July weekend. Much of the popular island chain will be closed to help prevent the spread of the coronavirus.

Monroe County and several municipalities, including Key West, announced that all public parks and beaches will be closed for the holiday weekend.

Marathon, Islamorada and Key Colony Beach will also be closed.

All county-owned beaches and parks will close Thursday at 5 p.m. and won't reopen until Tuesday.

State parks in the Keys will also be closed Friday through Sunday.

Key West is also prohibiting vehicle traffic on most of Duval Street for the Fourth of July weekend. Mallory Square will also be closed.

Although boat ramps in Key Largo and Islamorada will be closed, boat ramp access elsewhere in the Keys could be limited.

Fireworks displays in Key West and Key Largo have also been canceled.

Businesses in the Keys will remain open.