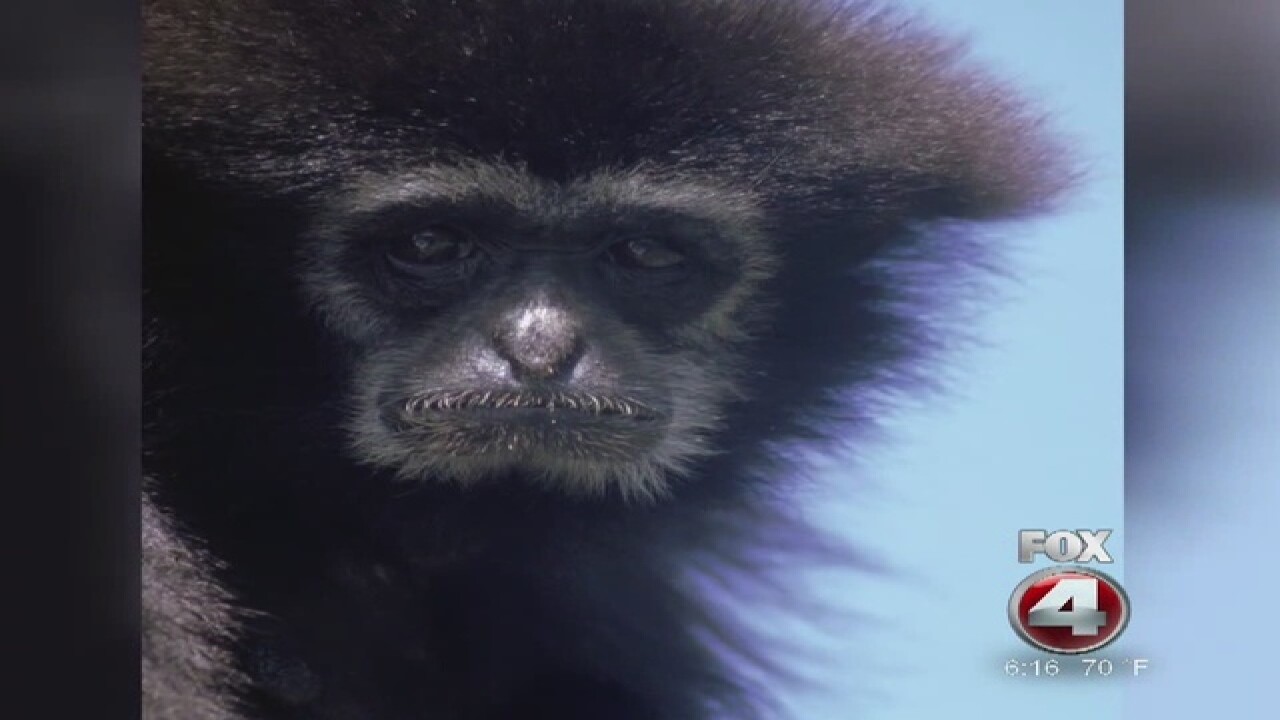 A white-handed gibbon that disappeared from its island at the Naples Zoo earlier this week has been found dead in Lake Victoria, the body of water surrounding the exhibit.

Zoo officials say they recovered Sumba's body from the water just before noon Thursday.  Given the condition of the body, a necropsy cannot be performed.

For 20 years, Sumba had been a popular attraction at the Naples Zoo, swinging from rope to rope on special islands made for primates, surrounded by a man-made lake. But around 8 a.m. Monday, zoo staff realized she was gone.

"She's been living on these islands for 20 years, so why she would choose to go off the island is very unusual," said Liz Harmon, Director of Animal Programs at the zoo.

She said that the islands form a natural barrier for the gibbons, since they don't swim.

"We're just really saddened by this," Harmon said. "She's a staff favorite, so we're having a hard time with this."

Florida Fish & Wildlife and the Collier County Sheriff's Office were notified of the missing gibbon, and two divers were brought in to search the lake but did not find Sumba during an initial search on Monday. The zoo closed the primate exhibit during the search.

A statement released by the zoo Thursday said, "Sumba will be greatly missed by Naples Zoo staff, volunteers and guests."