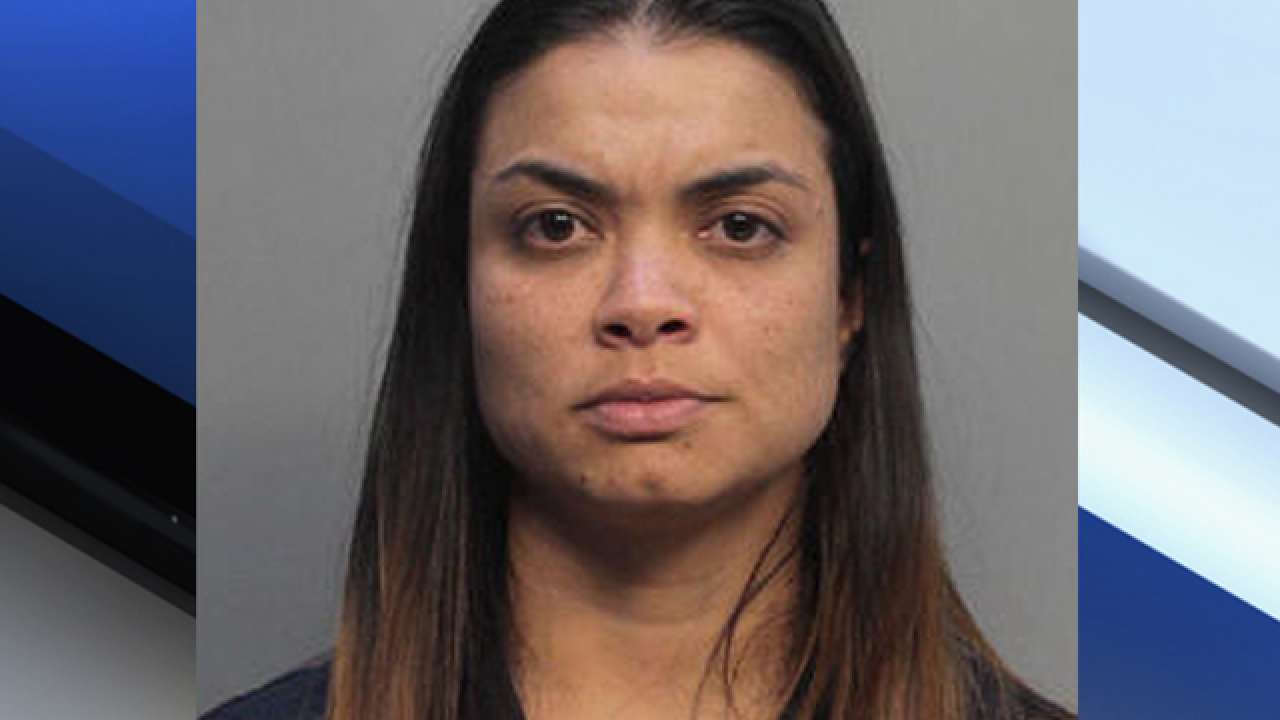 A Miami mother faces child abuse and battery charges for allegedly beating her son because he didn't do his homework.

Sharleen Hidalgo, 33, faced a Miami-Dade bond court judge on Wednesday. She was charged with one count of child abuse that did not cause great bodily harm and one count of domestic violence-related battery.

The victim is her 13-year-old son who was not identified, according to an arrest report. The incident occurred in May when he was 12-years-old.

"The defendant berated and threatened the victim, grabbed him by the neck, threw him to the ground and repeatedly slapped, punched and kicked him because he didn't do his school work," the arrest report said.

The victim's 14-year-old brother witnessed the incident that was captured on video from cameras inside the home. Though her son never reported the incident, Hidalgo's husband discovered the video weeks later and reported it to the Florida Department of Children and Families.

Other videos show Hidalgo "berating and cursing at the victim and his 5-year-old brother on separate occasions," according to the arrest report.

Her husband later alleged that Hidalgo "beat and scratched him and hit him in the face with a video game controller" on July 21.

The children have been temporarily placed with other relatives.