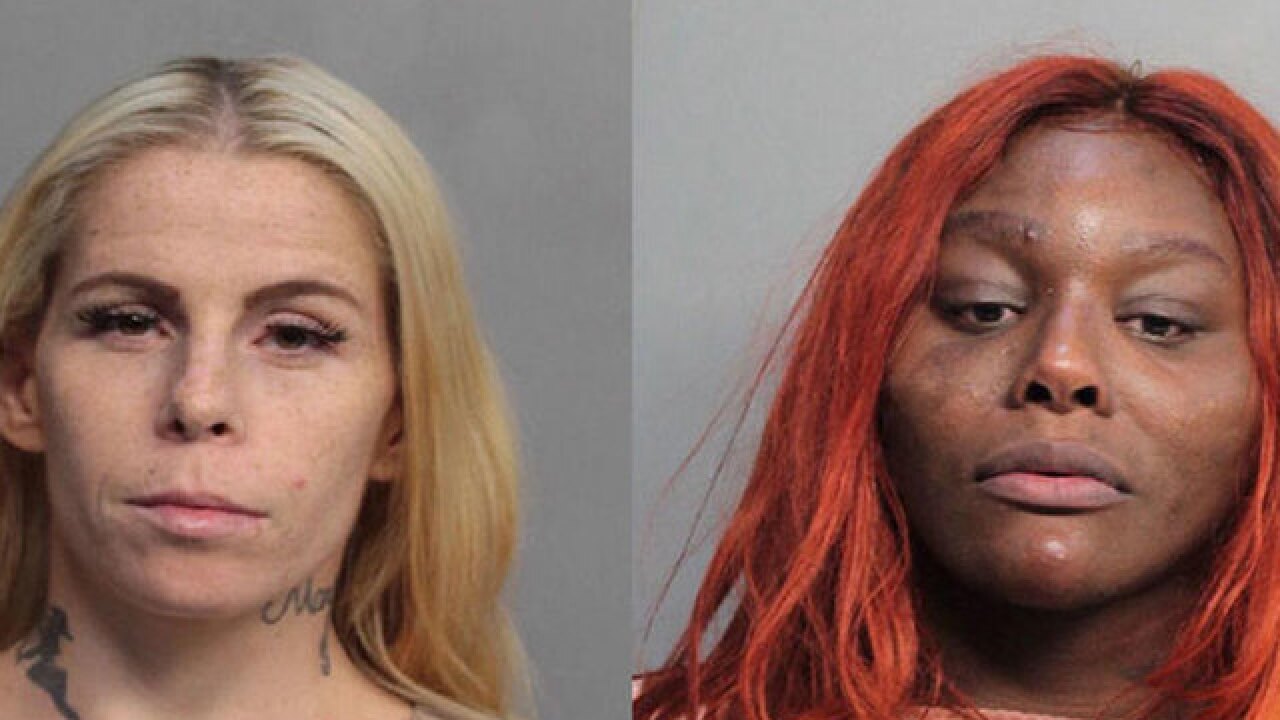 A South Florida woman and a man in women's clothing are accused of robbing men they met at nightclubs in Miami Beach, police said.

Alicia Annlouise Stucky and Dacorian Greer were arrested Tuesday on grand theft charges after they targeted victims in separate incidents. Stucky is also charged with drugging one of the victims, according to a police report.

The most recent incident happened June 22 after a man left Club Mokai.

The police report said the victim fell ill and took an Uber to Bodega restaurant, where he believes he was followed by Stucky.

When the victim arrived at Bodega he felt worse and called another Uber. As he entered the vehicle, he felt weaker and began to black out. That's when Stucky got into the Uber, uninvited, with the victim.

The victim said he was too weak to push her out of the vehicle and when he later woke up, the watch he was wearing was missing, officials said. Stucky was later identified as the suspect by the victim during a photo lineup.

The duo is also accused of targeting other victims on Miami Beach. They are accused of stealing three Rolex watches, a wallet and cash worth $51,262 while drinking and partying with a group of victims Feb. 23, according to a police report.

Stucky and Greer were also charged with robbing another group of victims April 8, after meeting them at the Mynt Lounge. The pair was captured on surveillance video using the victims' credit cards at Walgreens and CVS, police said.