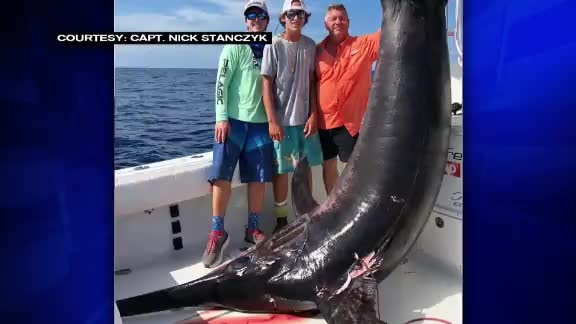 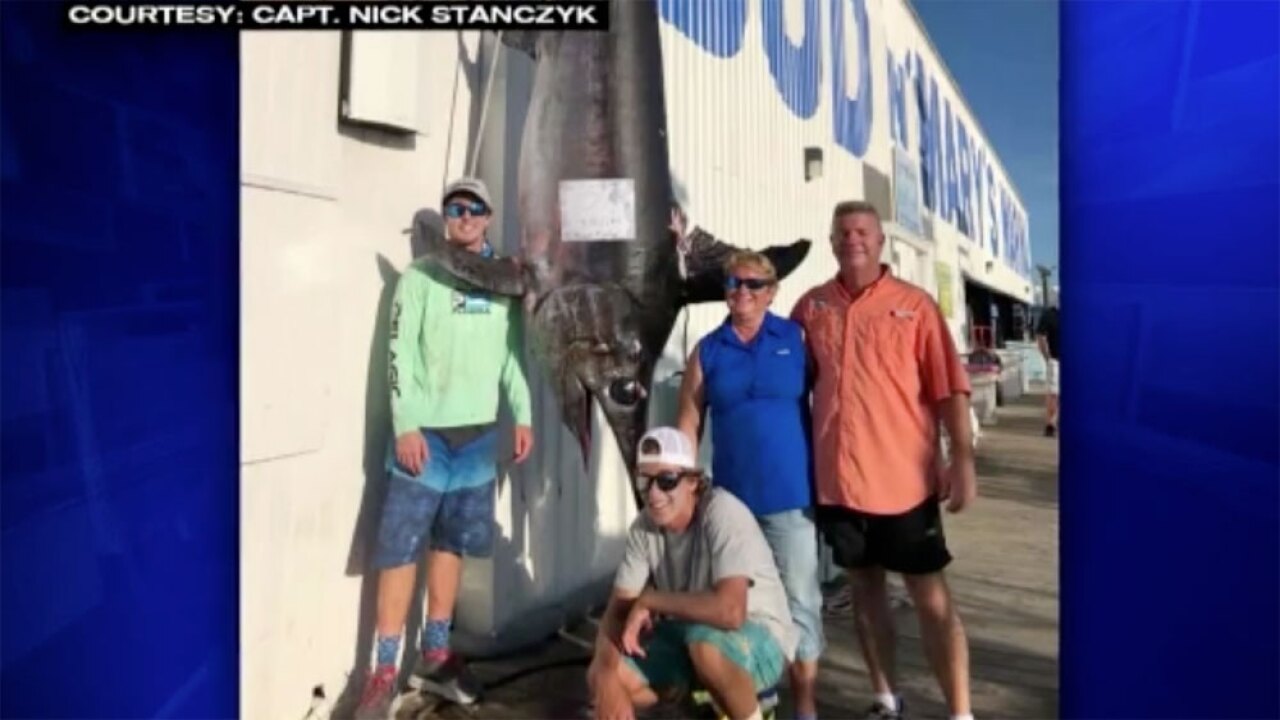 ISLAMORADA, Fla.-- This is no fish tale. A mammoth swordfish was recently caught and reeled in off the Florida Keys.

It was nearly 760 pounds and it was an eight-hour struggle to reel in.

A day of fishing ending with a catch for the books.

Bill and Debbie Lussier were in the water early last month with captain Nick Stanczyk. They had just put their poles in the water and about 10 minutes later there was a tug on Bill's fishing line.

The fight that ensued dragged their boat 20 miles.

Stanczyk has mastered the art of hooking the deep water fish but the catch was more than 150 pounds heavier than any he has pulled in.

It was the biggest in the recorded-history out of Florida waters by about 146 pounds according to the Florida Fish and Wildlife Conservation Commission.

The next step was cleaning and cutting up the catch. Piece by piece. And the meat looked beautiful, according to Stanczyk.

Some of it was cut into steaks at Islamorada Marina and given to family and friends. And some of it was sealed and saved.

"We're going to vacuum seal some of this swordfish. We catch a giant fish like that, we don't want to waste it. People took a lot home with them and we're going to process the rest. We gave a lot away already and I'm going to fill the freezer," Stanczyk said.

Some was earmarked for science as a way to learn more about the legendary fish.

"That's the eyeball right there," Stanczyk said. "They're going to send it in for testing. They said they might be able to tell how old it is by looking at the lens. Cool stuff. To the scientist it goes."