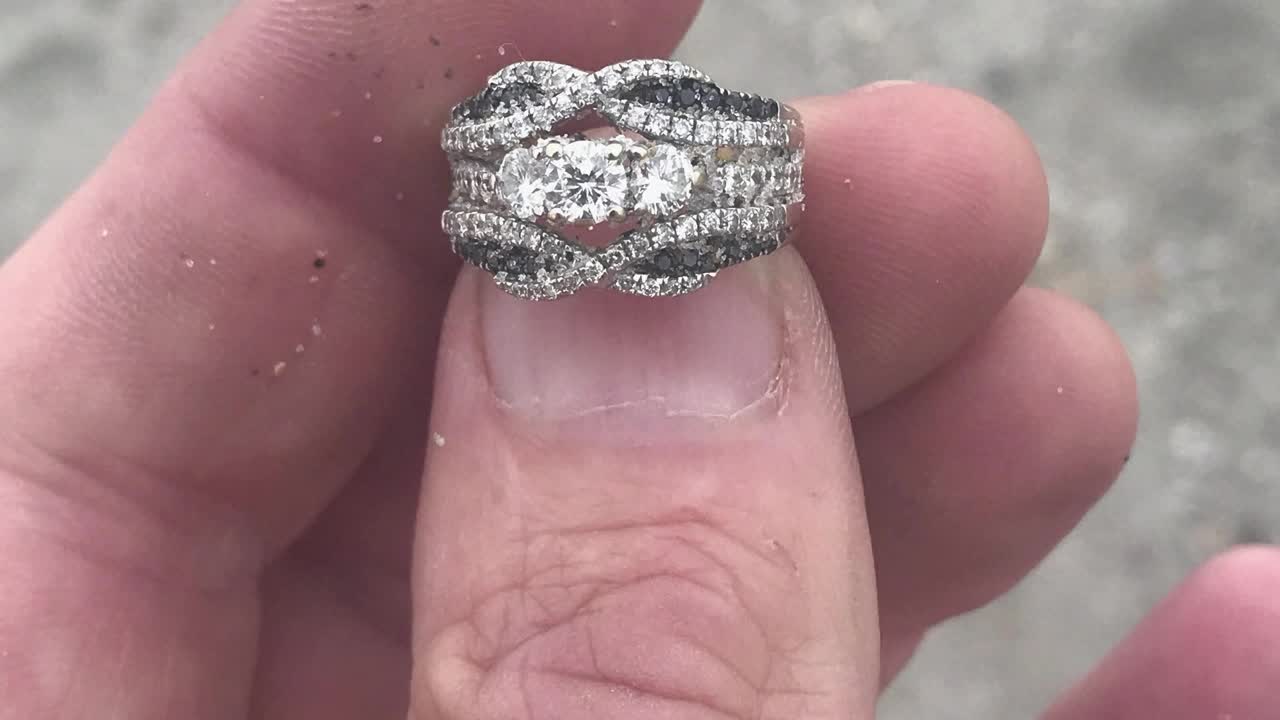 A Colorado woman on vacation lost her wedding ring in the sand of Cocoa Beach, Florida last week and never thought she'd see it again.

(WESH/NBC) - A Colorado woman on vacation lost her wedding ring in the sand of Cocoa Beach, Florida, last week and never thought she'd see it again.

But after posting to social media about the problem, she got connected to Dave Mollison on the Ring Finder's website.

Mollison was dismayed when he learned it was lost on a busy stretch of the beach.

But he combed through the sand in a grid pattern for more than four hours and finally found it.

The ring's owner, Claire Land, will get her ring back by Monday.

"A lot of people go out at night and during the day metal detecting there and I didn't think it would still be there after a week," Mollison said.

According to the Ring Finders website, members have found more than 6,000 items and returned $7.5 million worth of lost jewelry during the last decade.