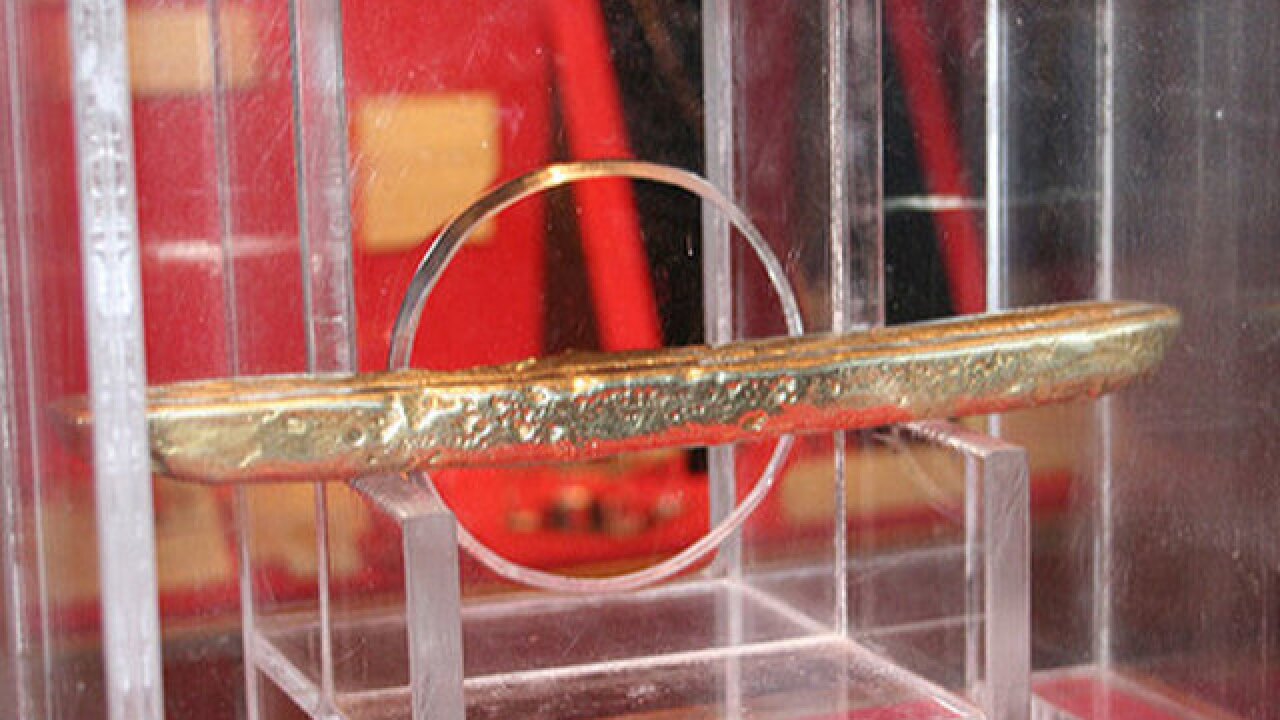 Creative Commons 2.0
&lt;p&gt;The 74.85-ounce gold bar was displayed in an acrylic case at the Mel Fisher Maritime Museum in Key West, Florida where visitors could touch it. It was stolen in 2010.&lt;/p&gt;

Until the theft, the bar was displayed in an acrylic case at the Mel Fisher Maritime Museum where visitors could touch it. Investigators proved that Johnson broke the case.

No information is available regarding the bar's status.