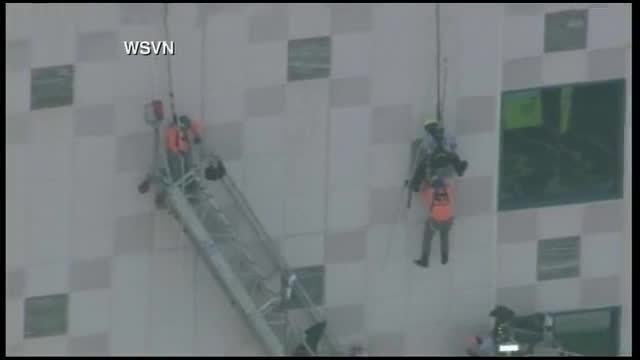 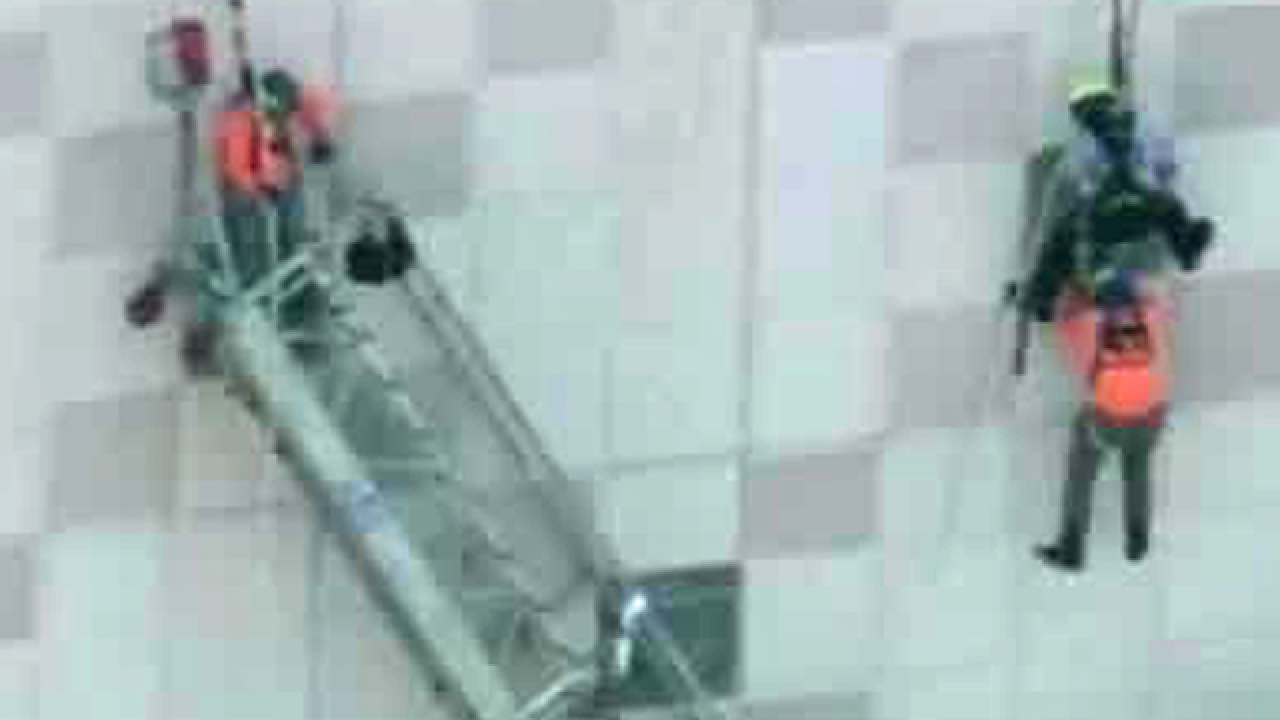 Rescue crews responded after workers were left dangling Tuesday morning off a scaffolding in Miami-Dade County.

The incident was reported at a building in the 18000 block of Old Cutler Rd. in Palmetto Bay.

Aerial footage showed two workers dangling from safety lines near the scaffolding, which was hanging off the side of the building.

Miami-Dade Fire Rescue workers responded and helped both of the men to safety.

Courtesy of our news partners at NBC Miami