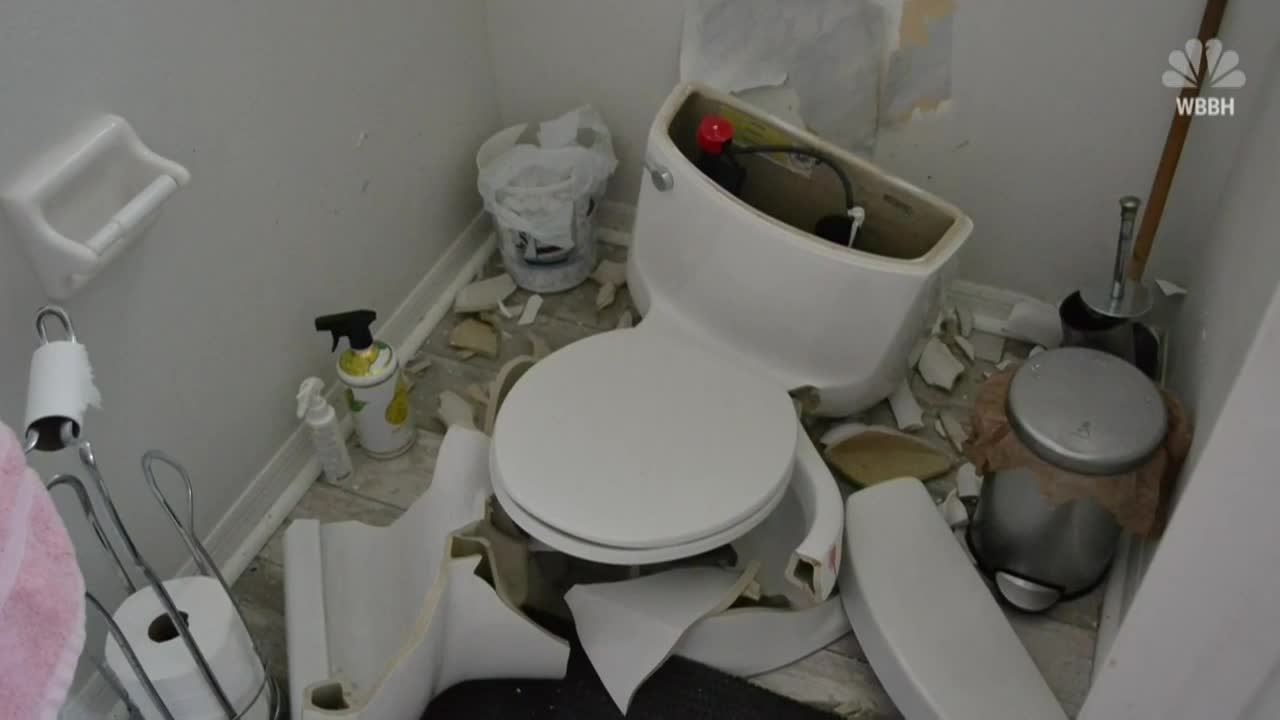 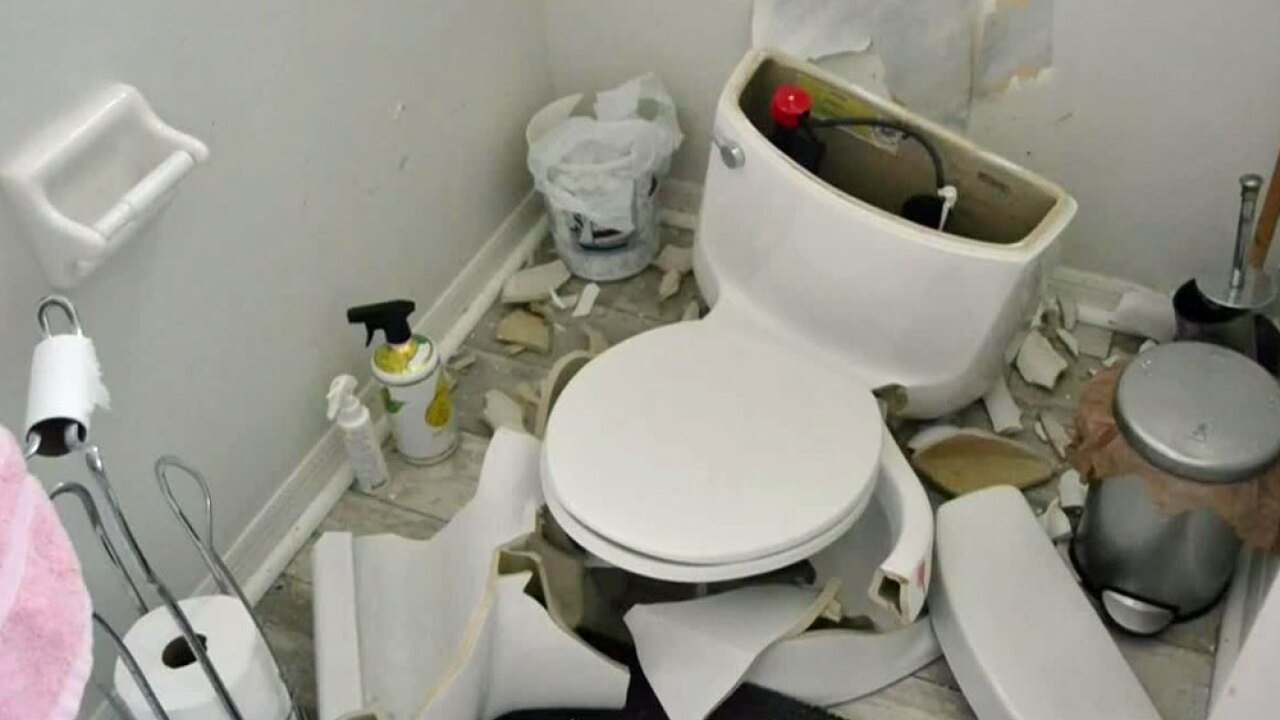 CHARLOTTE COUNTY, Fla.-- A Florida couple is cleaning up after their toilet exploded Sunday morning during a thunderstorm.

MaryLou Ward said she, her husband and her three dogs were lying in bed in their Gulf Cove home, listening to the rain and thunder, when they felt a jolt. "It was the loudest noise I've ever heard it just went BOOM."

She got out of bed and discovered her toilet lying on the floor.

The plumbing company helping clean the mess said lightning struck near the home's septic tank. That combined with the methane gas in human waste caused the bomb-like effect that traveled through the pipes, exploding the toilet in their master bathroom.

Although it's rare and even more rare for it to happen to homeowners on city water--the Wards hope you'll think twice before sitting down to do your business.

"I'm not taking any showers and not going to the bathroom....forever. Not when it's thunder-storming and down here, that's a lot," Ward said.

Luckily, the mess will be covered by insurance.