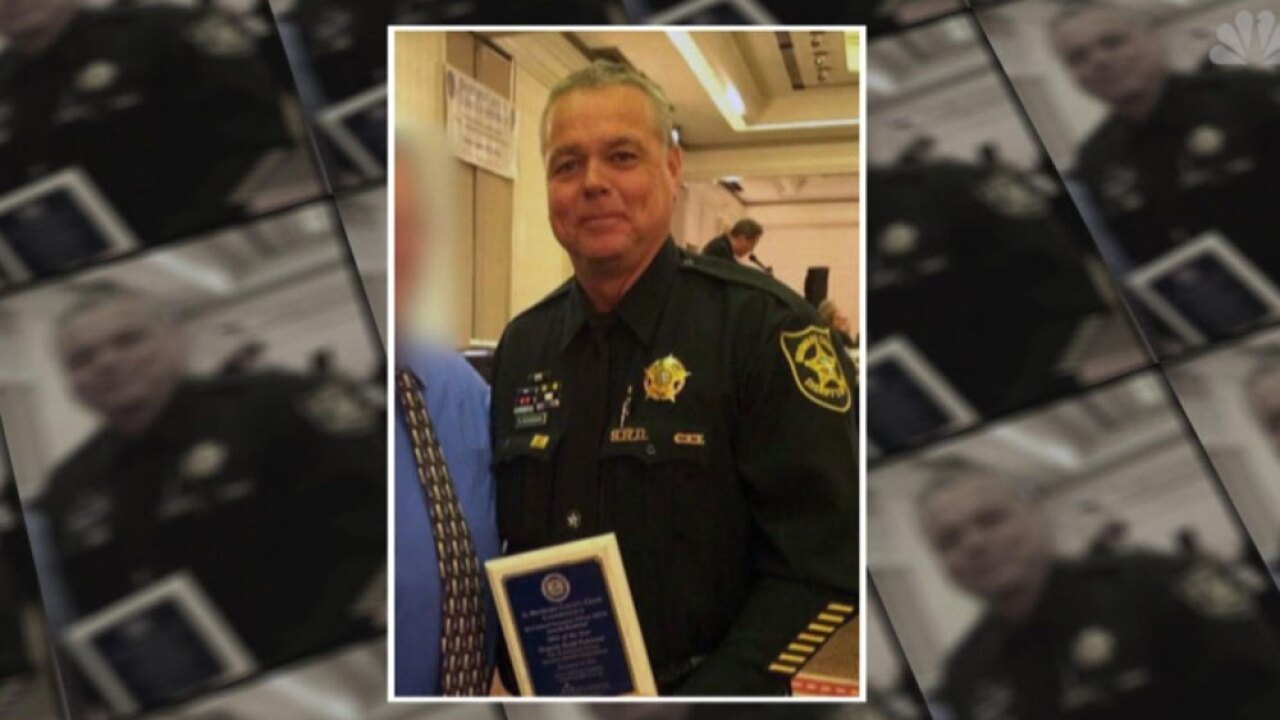 FORT LAUDERDALE, Fla. (AP) — The arrest of a Florida sheriff's deputy for not confronting the gunman in the Parkland school massacre represents a highly unusual use of the law — and a legally dubious one, in the opinion of some experts.

Scot Peterson, 56, appeared in court Wednesday on 11 charges, including negligence and child neglect for not entering the building during the rampage last year at Marjory Stoneman Douglas High School that left 17 people dead.

In court papers, prosecutors said five people were killed and four others wounded after Peterson took up his position, gun drawn, but did not go inside. Nikolas Cruz, 20, faces the death penalty if convicted in the Valentine's Day bloodshed.

RELATED: This is what Scot Peterson was doing during the Parkland shootings

President Donald Trump and others have branded Peterson a coward. But can Broward County prosecutors prove his hesitation to act amounts to a crime?

Legal experts are not so sure and suggested prosecutors may have overreached.

"This is a unique prosecution, pushing the bounds of criminal liability," said David O. Markus, a prominent Miami defense attorney not involved in the case. "While elected prosecutors many times bow to the court of public opinion, our justice system demands that a case like this be tested in a court of law. Legally, this is a tough one for the prosecution."

Michael Grieco, a defense attorney and state legislator from Miami Beach who is also not involved in the case, agreed that prosecutors face an uphill climb.

"Although as a father, legislator and human being, I believe that there is no societal defense to cowardice, the law has consistently and recently held that there is no constitutional duty for police to protect us from harm," Grieco said. "The decision to criminally charge Mr. Peterson, although popular in the court of public opinion, will likely not hold water once formally challenged."

Instances in which law enforcement officers are accused of mishandling a situation are often dealt with not with criminal charges but with lawsuits seeking damages. Several have already been filed against Peterson.

The negligence charge brought by prosecutors accuses Peterson of "reckless indifference" or "careless disregard" for others. Child neglect involves a failure to protect someone under 18 from "abuse, neglect or exploitation."

Peterson's lawyer, Joseph DiRuzzo, said the charges should be dismissed because Peterson did not legally have a duty to care for the students, as would be the case for someone dealing directly with children, such as a nurse or day care staffer.

"Mr. Peterson cannot reasonably be prosecuted because he was not a 'caregiver,' which is defined as a parent, adult household member or other person responsible for a child's welfare," DiRuzzo said. "Mr. Peterson was not criminally negligent in his actions, as no police officer has ever been prosecuted for his or her actions in responding to an active shooter incident."

Investigators, prosecutors and victims' family members tell a different story. Prosecutors noted in court papers that Peterson was trained to confront an armed assailant and, as the school's resource officer, was the only armed person on campus who could have limited or stopped the carnage in a timely way.

"He could have and would have saved lives. So he has to deal with that for the rest of his life," said Lori Alhadeff, whose 14-year-old daughter Alyssa was killed.

Florida Department of Law Enforcement Commissioner Rick Swearingen, whose agency conducted a 14-month investigation into Peterson's conduct that included interviews with 184 witnesses and a review of many hours of surveillance video, said: "There can be no excuse for his complete inaction and no question that his inaction cost lives."

Bail was set at $102,000 for Peterson, who was fired Tuesday as a deputy though he had already retired. He said nothing at the hearing Wednesday and did not enter a plea. In news interviews, he has defended his actions as justified amid the chaos that day.

Peterson faces a maximum sentence of nearly 100 years in prison if convicted on all counts, a combination of felonies and misdemeanors. Other than Cruz, who is set to go to trial early next year, he is the only person charged with a crime despite a well-documented litany of failures by authorities before and during the massacre.

"There has only ever been one person to blame — Nikolas Cruz," Peterson's lawyer said.