This is what Scot Peterson was doing during the Parkland shooting 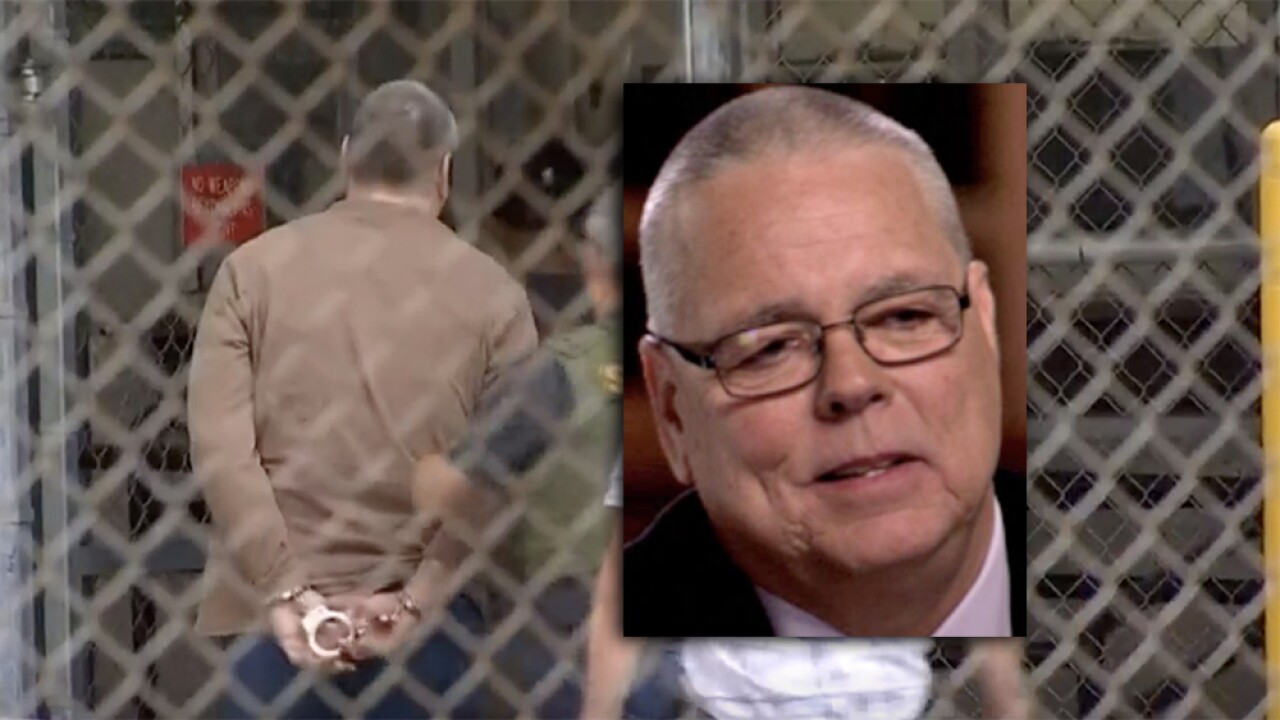 The Broward Sheriff's Office active shooter policy calls for deputies to interrupt a shooting and search for victims when there's a ceasefire.

Peterson's attorney, Joseph A. DiRuzzo III, said the charges appear to be "a thinly veiled attempt at politically motivated retribution against Mr. Peterson." He said Peterson cannot be prosecuted as a caregiver since he was acting as a law enforcement officer in an official capacity.

Here's what we know about Peterson's response to the shooting.

He was armed but never went inside the building

When shots rang out at the Parkland school, Peterson didn't run toward the gunfire.

Senior Brandon Huff claimed he saw Peterson standing outside behind a stairwell wall with his gun drawn "just pointing it at the building."

"He's wearing a bulletproof vest ... while school security guards, coaches pretty much, were running in shielding kids," he said.

Footage from the school surveillance cameras showed Peterson positioned outside of the school.

Last year, authorities released an edited 27-minute video with portions of surveillance video from that day.

The video begins with Peterson, wearing his deputy's uniform, standing between two buildings on campus talking to another adult, then appearing to speak into a radio handset on his shoulder.

He walks off screen, but a few minutes later, Peterson appears from another angle positioned outside a building. Students, whose images are pixelated, walk into the frame and then out of it.

In past interviews,DiRuzzo said Peterson believed the gunshots were coming from outside the building.

He hid for more than 45 minutes

Peterson arrived at the 1200 building -- where the massacre took place -- and then moved 75 feet to a "position of increased personal safety" near the 700 and 800 buildings, an arrest warrant affidavit said.

The warrant says Peterson stayed there for more than 45 minutes.

During that time, the gunman killed five students and one teacher, authorities said.

He did report hearing gunshots

While he was outside the building, Peterson got on his radio and took a position where he could see the western entry, Former Broward County Sheriff Scott Israel had said.

Though his attorney said Peterson wasn't sure where the shots were coming from, he can be heard in dispatch audio released last year saying, "I think we have shots fired, possible shots fired, 1200 building."

Immediately after the shooting, responding officers scrambled to the scene but appeared to be following commands from Peterson to close the road in front of the school and set up a perimeter.

He was widely criticized by officials

In the immediate aftermath of the shooting, Peterson was publicly shamed by then-Broward County Sheriff Scott Israel as well as President Donald Trump .

Trump called him a coward and criticized him on several occasions.

"When it came time to get in there and do something, he didn't have the courage or something happened, but he certainly did a poor job. There's no question about that," Trump said of Peterson on the White House South Lawn, days after the shooting.

"Let there be no mistake, Mr. Peterson wishes that he could have prevented the untimely passing of the seventeen victims on that day, and his heart goes out to the families of the victims in their time of need," his lawyer, DiRuzzo, said in a statement last year.

"However, the allegations that Mr. Peterson was a coward and that his performance, under the circumstances, failed to meet the standards of police officers are patently untrue."